One explanation for plate movement at a destructive plate margin is slab pull. Oceanic plates are heavy so gravity, acts upon them, pulling them down. 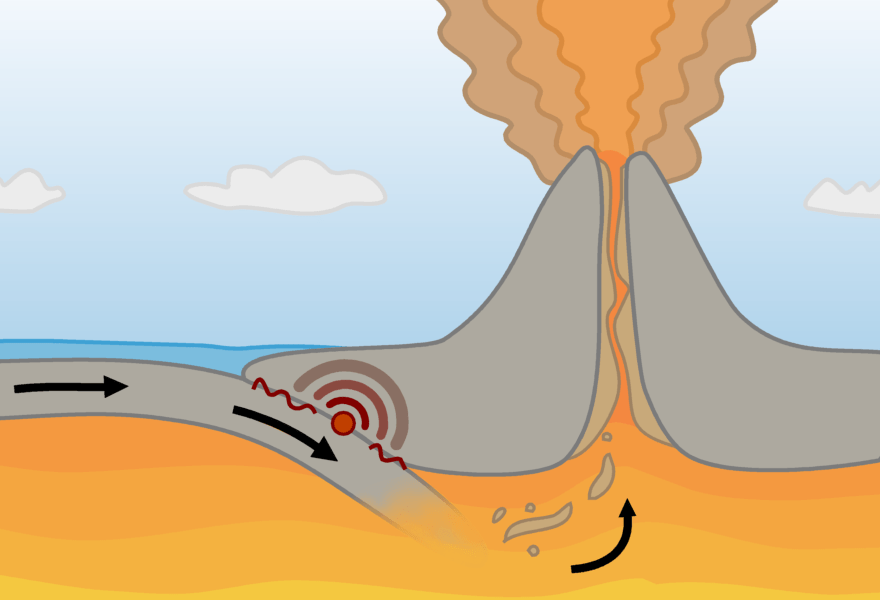 A cross-section of a destructive plate margin

The movement of the oceanic plate is not smooth. Due to friction, the plate gets stuck. Pressure then builds up. The plate will eventually slip causing an earthquake.

The continental plate is crumpled by the pressure and forms fold mountains.

Destructive plate margins occur where an oceanic and continental plate move towards each other. Examples below include the Pacific Plate and Eurasian Plate and the Nazca Plate and the South American Plate.

Find out about conservative and constructive plate margins.