Few animals have adapted to survive the hottest desert regions besides scorpions and small reptiles. In areas with a greater supply of water, the level of biodiversity increases as vegetation such as shrubs, cacti and hardy trees form the foundation of a more extensive food web. As deserts are found in most continents, different consumer species have evolved to survive the harsh desert environment.

How have camels adapted to the desert? 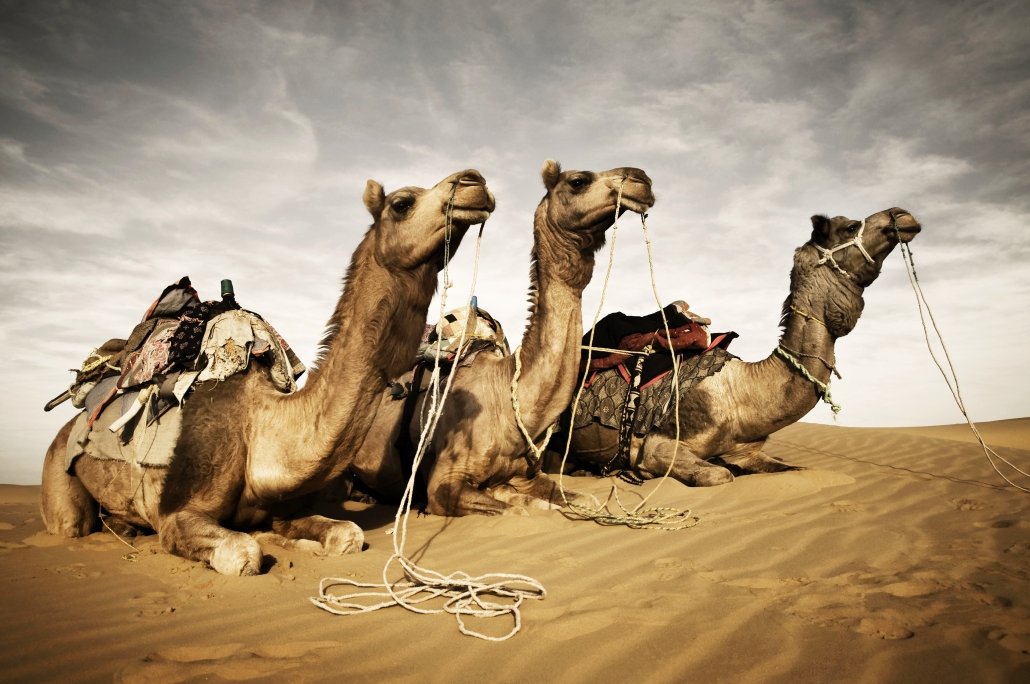 A family of camels in the Thar Desert

Camels have been domesticated for at least 3500 years and have long been valued as pack animals. They can carry large loads 25 miles a day. Camels have adapted to survive hot deserts because they:

How have fennec foxes adapted to the desert? 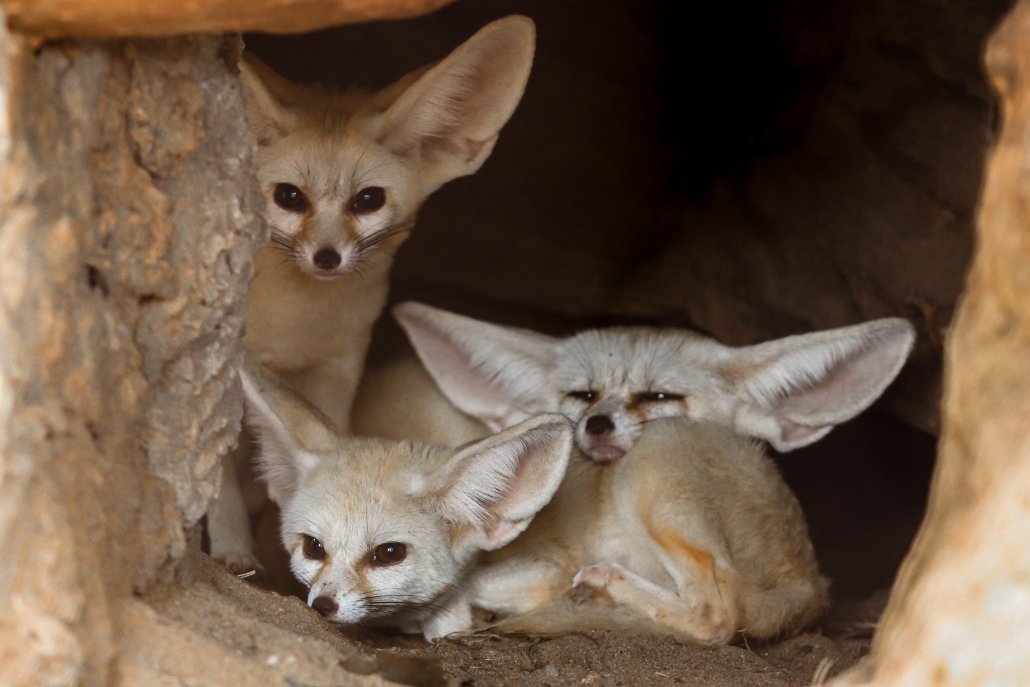 A family of fennec foxes

The fennec fox is the smallest of all fox species. They are found in the Sahara Desert and elsewhere in North Africa. They are nocturnal which helps them deal with the heat of the desert environment. They have also made some physical adaptations help as well. For example, they:

How have kangaroo rats adapted to the desert? 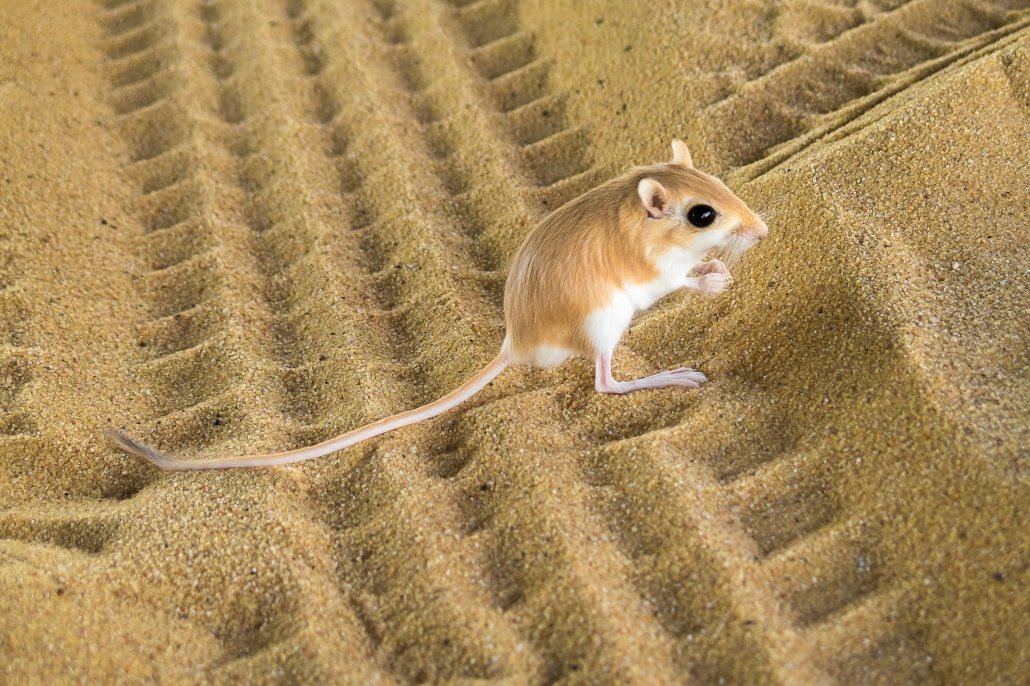 A kangaroo rat is a rodent that is found in desert areas in south-western North America. Desert kangaroo rats live in areas with loose sand, often dune terrain. Kangaroo rats have made a number of adaptations to enable them to survive in the desert, including:

How has vegetation adapted to the desert environment?

Opportunities and challenges in the Sahara Desert