Floodplains are associated with rivers in their middle and lower course. They are extensive, flat areas of land mostly covered by grass.

Floodplains are formed during flood conditions. During a flood, water containing large quantities of alluvium (river silt) pours over the flat valley floor.

The water slowly recedes, leaving behind the deposited sediment.

Over hundreds of years, repeated flooding forms a thick alluvial deposit, which is fertile and often used for farming.

Floodplains become wider due to the lateral erosion of meanders by abrasion and hydraulic action. When the outside bend of a meander meets the edge of the river valley, erosion will cut into it, thereby widening the valley and removing interlocking spurs.

As meanders slowly migrate downstream, the entire length of the valley will eventually be widened. 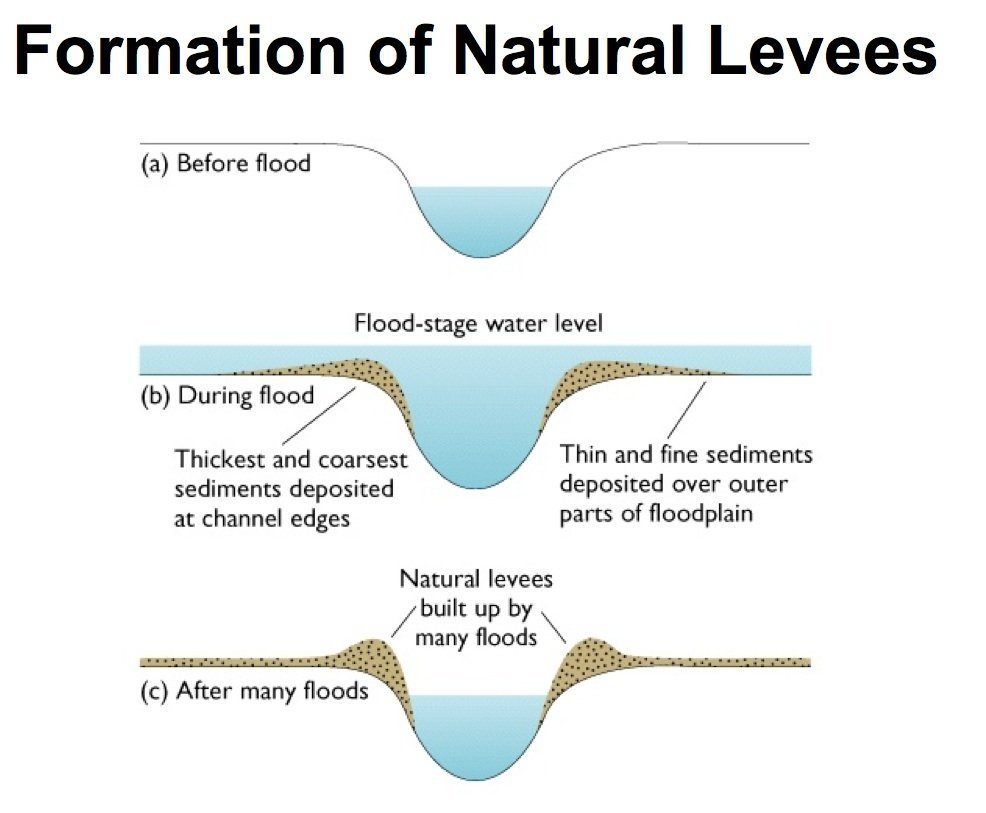 The stages in the formation of a natural levee

An estuary is a wide, sheltered body of water found at a river’s mouth where it broadens into the sea. It is a combination of salt water from the sea and fresh water from a river. As the river meets the sea at high tide, it slows the flow of water leading to deposition. Mudflats and saltmarsh form in these areas. The mudflats can be seen at low tide but are covered by water at high tide. Over time, the mud flats can become colonised with vegetation forming salt marshes. 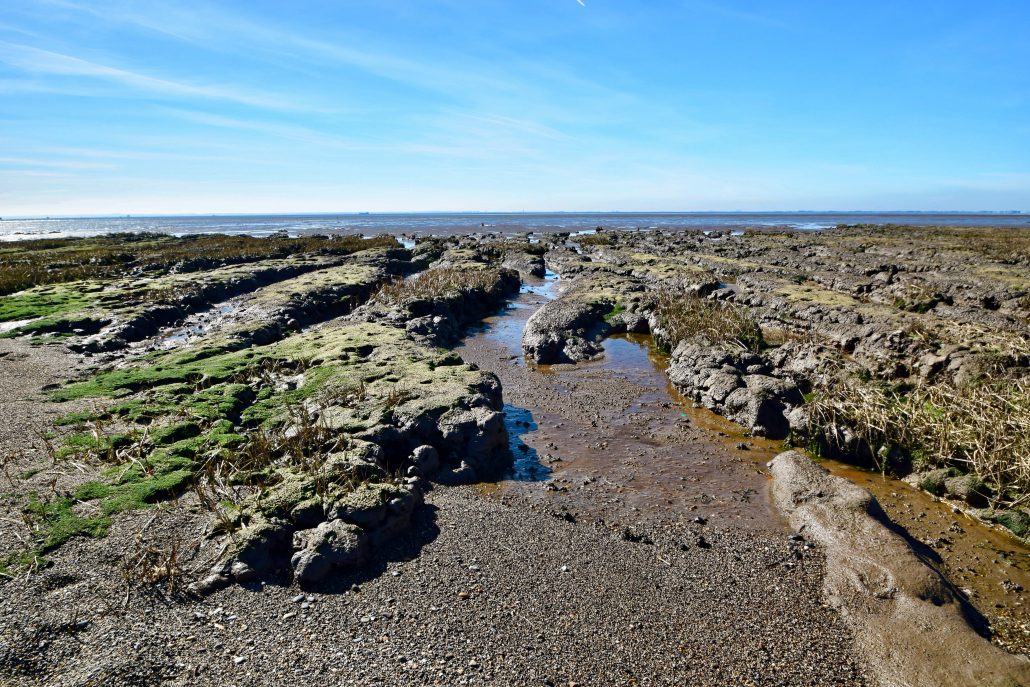 Mudflats along the Humber Estuary.

Deltas are often found at the mouth of large rivers. An example is the Nile Delta. Deltas are formed when a river deposits material faster than the sea can erode it. 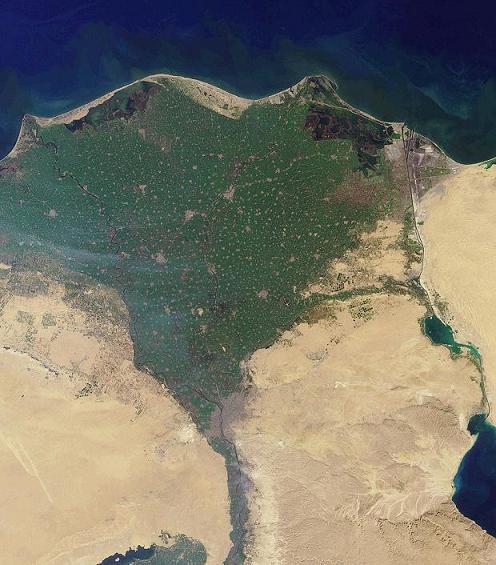 How do weather and climate affect river landscapes?