Cartographic or map skills are essential in Geography.

Maps are visual representations of where things are in the real world. Atlas’ show large areas such as world maps, continents and countries whereas ordnance survey maps show smaller areas in more detail.

Atlas maps show the location of places and features on a global or national (country) scale. Some of these maps show physical features such as the relief (shape of the land) and rivers and others show human features such as towns and cities. Choropleth maps are often found in atlases. These are maps that are used to show locational data such as average temperatures and rainfall through colour shading.

Physical maps show natural features in an area such as highland and lowland areas, rivers, seas and oceans, mountains and volcanoes. Ecosystem maps are the often contained in an atlas. These maps show major biomes such as tropical rainforests and deserts.

Some atlas maps show physical features that are experienced rather than seen. An example of this would be a map showing average temperatures for a country.

Political maps show countries and major cities. Human maps show a range of data linked to human patterns and processes. For example, they can be used to show population density, migration patterns and transport routes.

Some maps show human features that are experienced rather than seen. Examples of this are:

Not only is is useful to identify and understand what a map shows but also be able to describe and in some cases explain the patterns.

Maps often have an arrow indicating which way is north. If this is not on a map then you can assume the top of the map is north. Being able to use compass directions is necessary for navigating maps along with describing and explaining patterns. You can find out more about compass directions here. 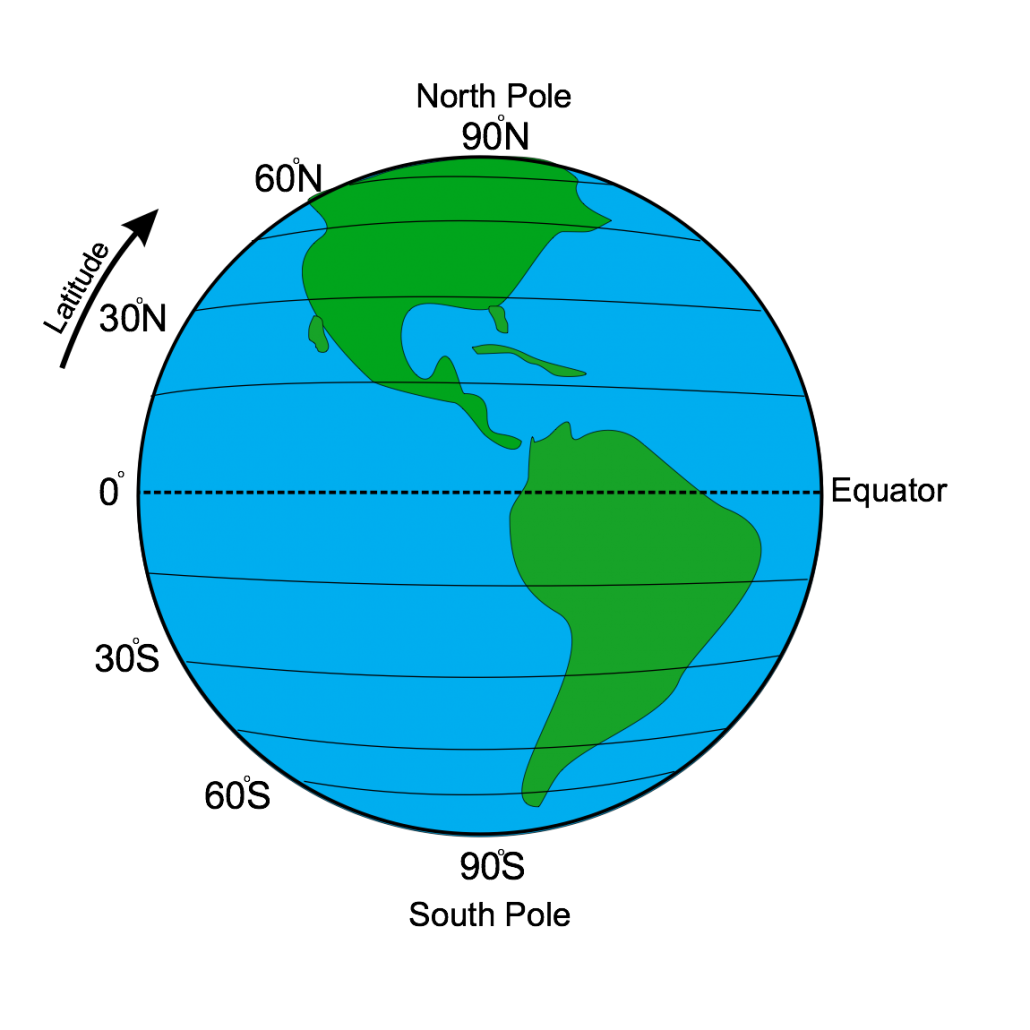 Lines above the equator are shown as °N (north) and lines below are shown as °S (south). The image below shows how the line of latitude 30°N has been established. It is an imaginary line that circles the globe 360° from east to west. 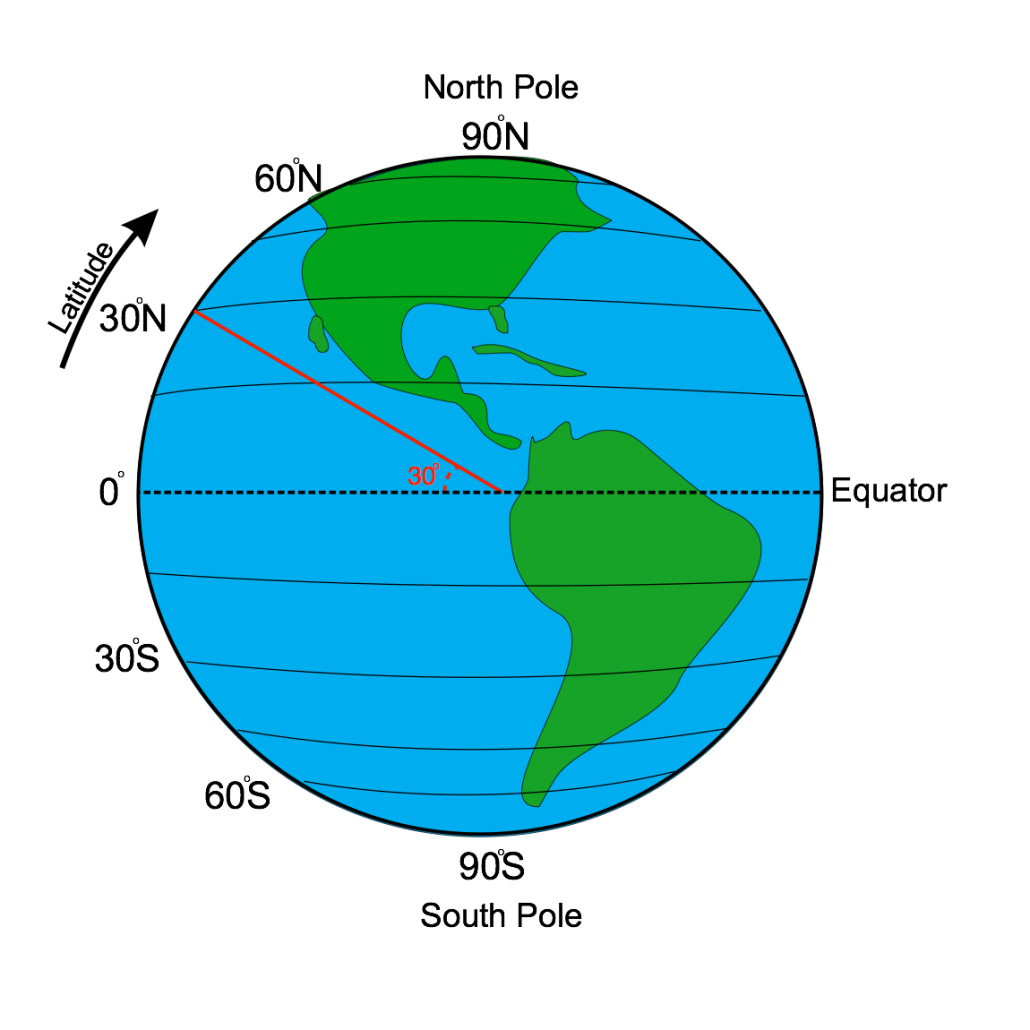 Lines of longitude run from north to south. The Prime or Greenwich Meridian in London is a line of longitude at 0°. 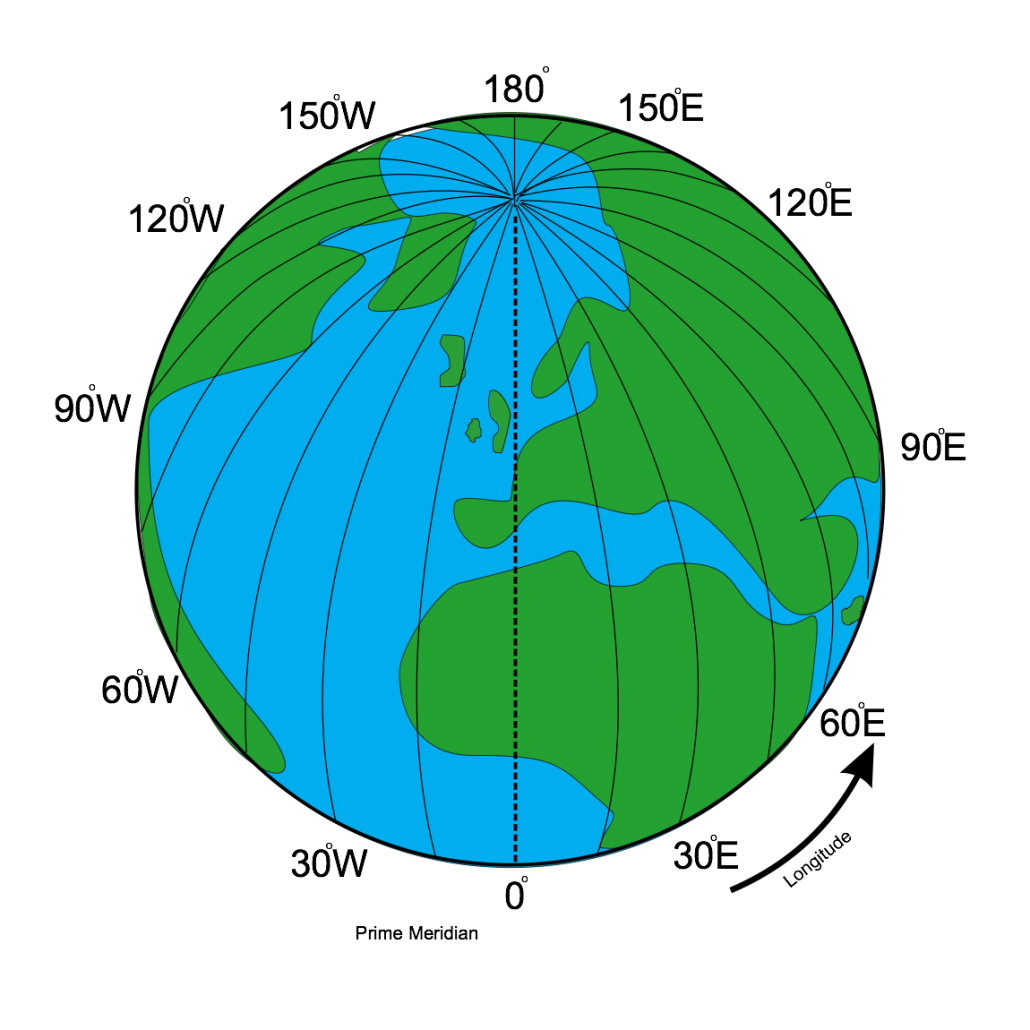 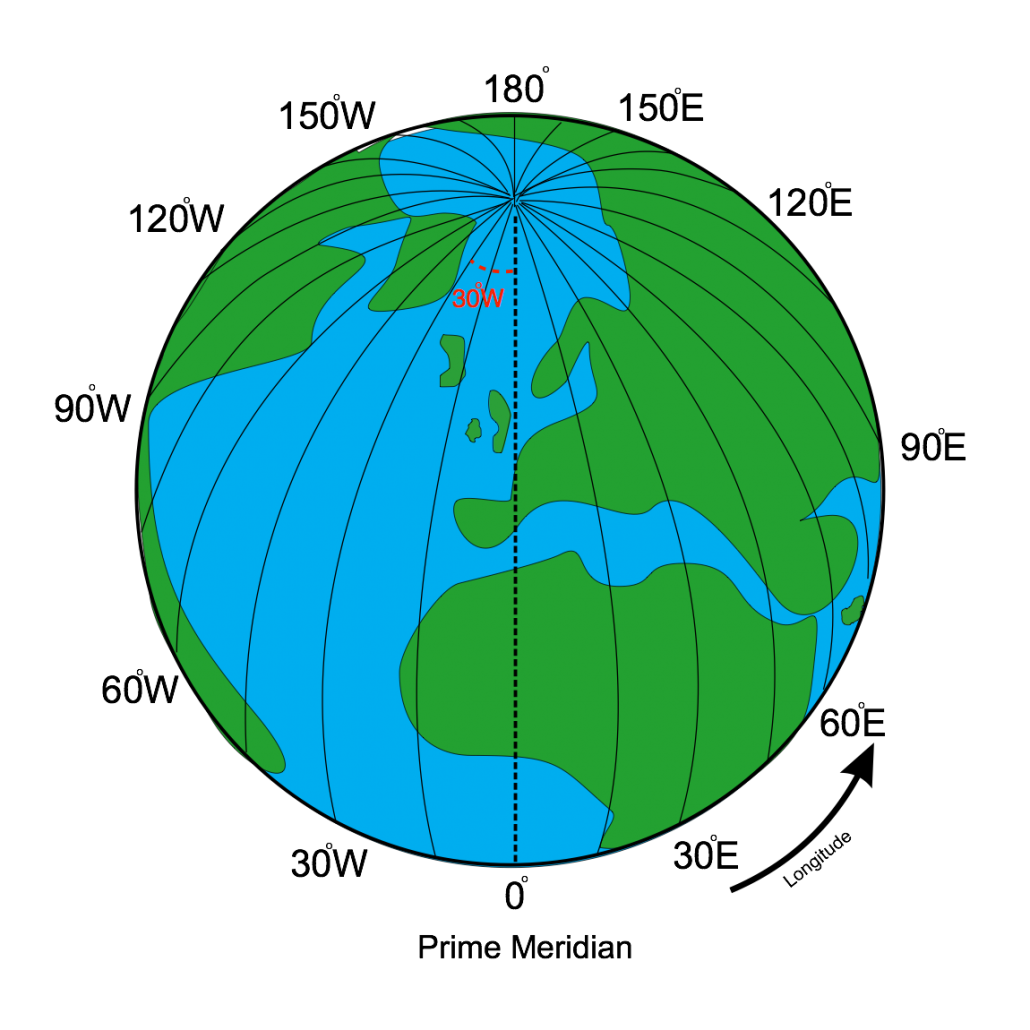