The southeast of Spain near Almería has a landscape similar to deserts in the USA. It has always been an arid area, receiving only 200mm of rainfall on average each year. 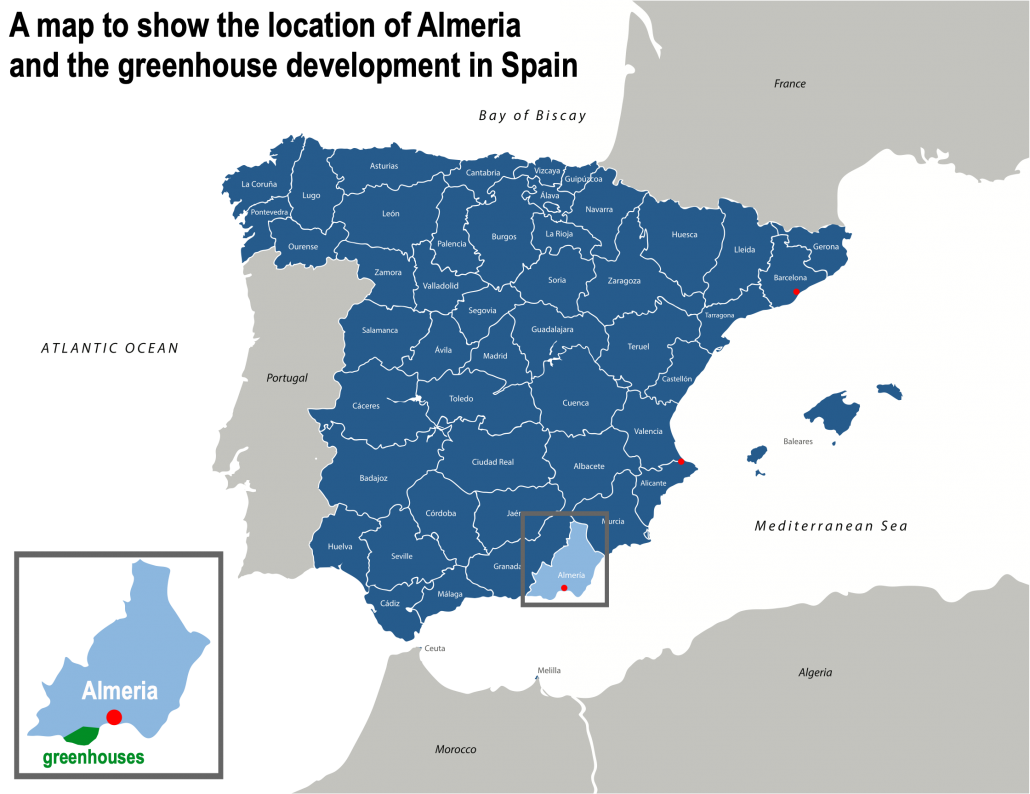 Over the last 35 years, the area has developed the largest concentration of greenhouses in the world. Covering 26,000 hectares the greenhouses are owned and operated by a combination of large businesses and individual farmers.

When you buy out of season food, such as tomatoes, lettuce, cucumbers and lettuce, chances are they were grown in and around Almería. The scheme delivers over half of Europe’s fruit and vegetables. As a result of this, the development brings over US$1.5 billion a year in income to the area.

This development has occurred for several reasons. These include:

The success of the greenhouses has led to them covering the plain of Dalías, extending up the valleys of the Alpujarra hills, one of Spain’s unspoilt areas. Hydroponics is used to grow almost all plants. Zoom in to the map below to explore the area.

What have been the advantages and disadvantages of the large-scale agricultural development at Almería, Spain?

Advantages of the large-scale agricultural development at Almería

Disadvantages of the large-scale agricultural development at Almería

What is a sustainable food supply?