What is an ecosystem?

What is an ecosystem?

An ecosystem is an area that includes all the biotic  (living organisms) parts such as plants and animals and the abiotic (non-living) such as soil, rocks and climate sharing an environment.

How does energy flow through an ecosystem?

Decomposers and break down dead plants and animals. They also break down the waste of other organisms. Examples of decomposers include bacteria and fungi. Decomposers get their energy from breaking down dead material, e.g. dead producers, dead consumers or fallen leaves. When dead material is decomposed, nutrients are released into the soil. These nutrients are then taken up from the earth by plants. Decomposers are very important for any ecosystem. If they weren’t in the ecosystem, the plants would not get essential nutrients, and dead matter and waste would gather.

A food chain shows the relationships between feeding groups,  illustrating energy flow from producer to tertiary consumer. The image below illustrates this.

A food web shows lots of food chains and how they overlap. 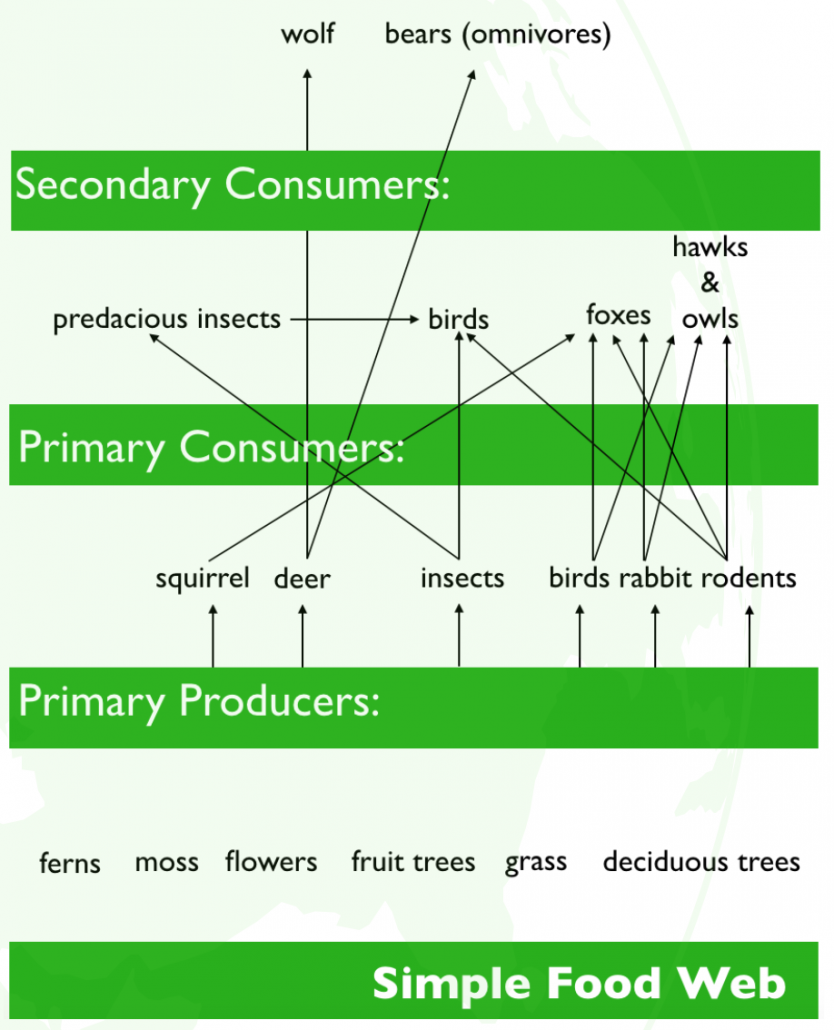 The transfer of nutrients through the ecosystem is known as the nutrient cycle. 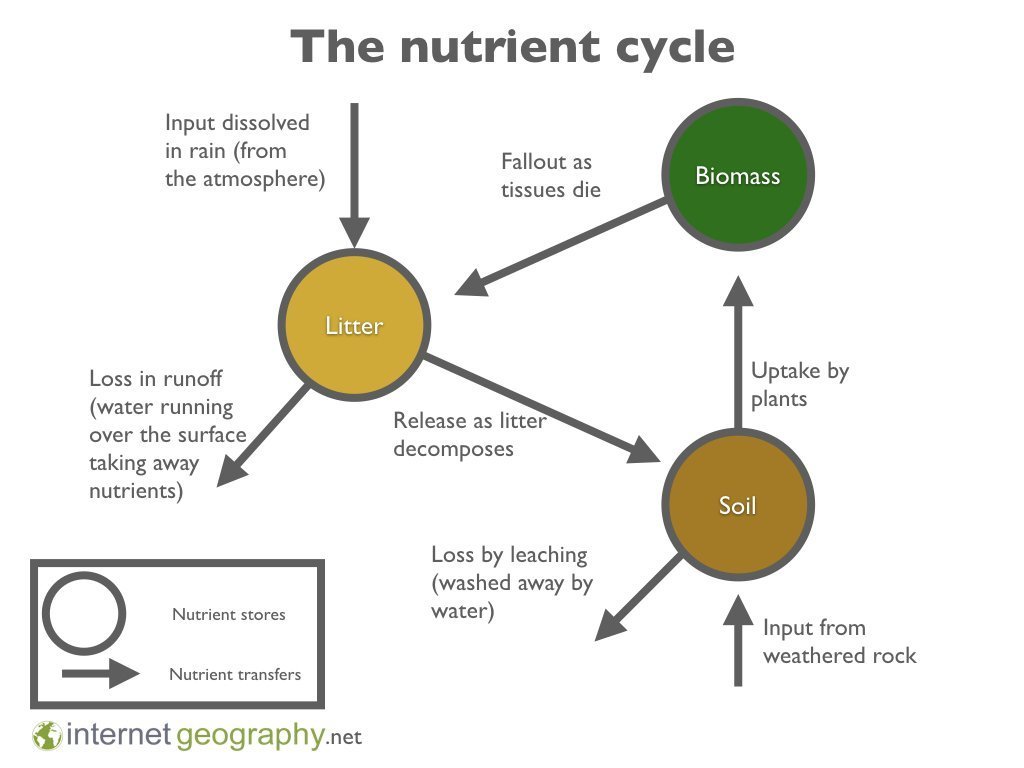 The nutrient cycle shows pathways through which nutrients flow. All plants and animals depend on nutrients in food for their survival.

A hedgerow – an example of a small-scale ecosystem 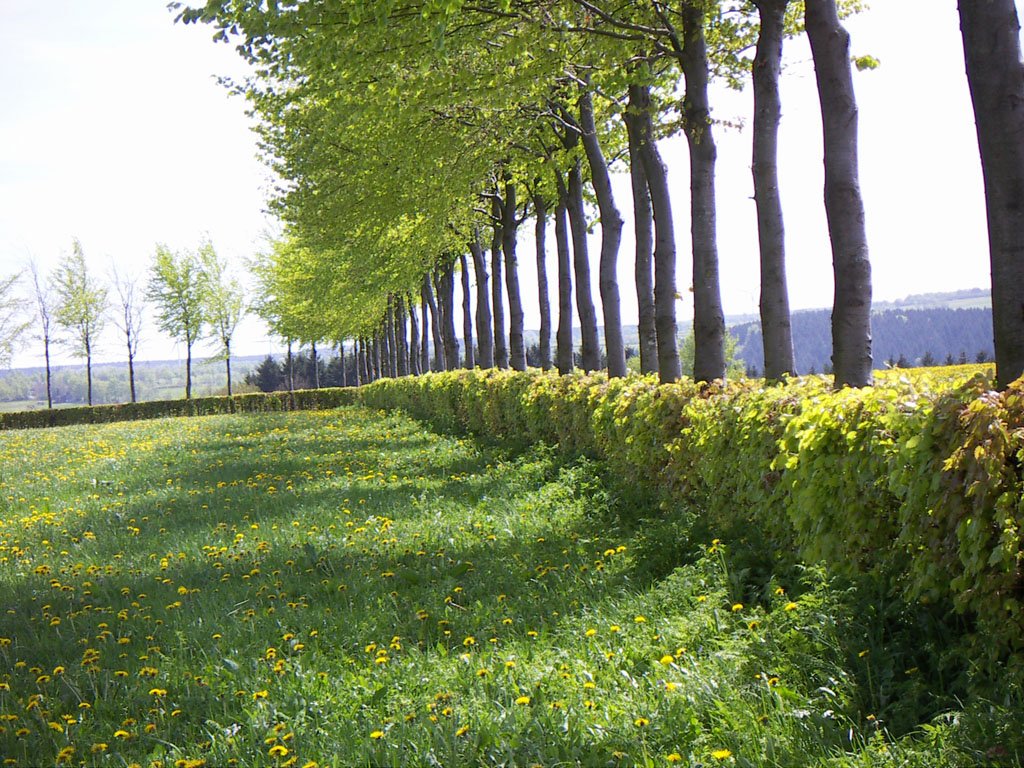 A hedgerow ecosystem includes the plants that make up the hedgerow, the organisms that live in it and feed on it, the soil in the area and the rainfall and sunshine it receives.

The producers include hawthorn bushes and blackberry bushes. The consumers include thrushes, ladybirds, spiders, greenfly, sparrows and sparrowhawks.

Take a look at Epping Forest, a case study of a small scale ecosystem.

The largest ecosystems are called biomes.