The Long Profile of a River

What is the long profile of a river?

The long profile shows the gradient of a river as it journeys from source to mouth. It spans the source of a river (where it starts) and the mouth (where it reaches the sea).

The long profile of a river is a way of displaying the channel slope (gradient) of a river along its entire length. Therefore, it shows how a river loses height with increasing distance towards the sea. A river tries to achieve a smooth curve to reach its base level at sea;  this is called a graded long profile. The diagram below illustrates the long profile of a river. Notice how the gradient falls steeply, to begin with, then becomes concave and then almost flat. 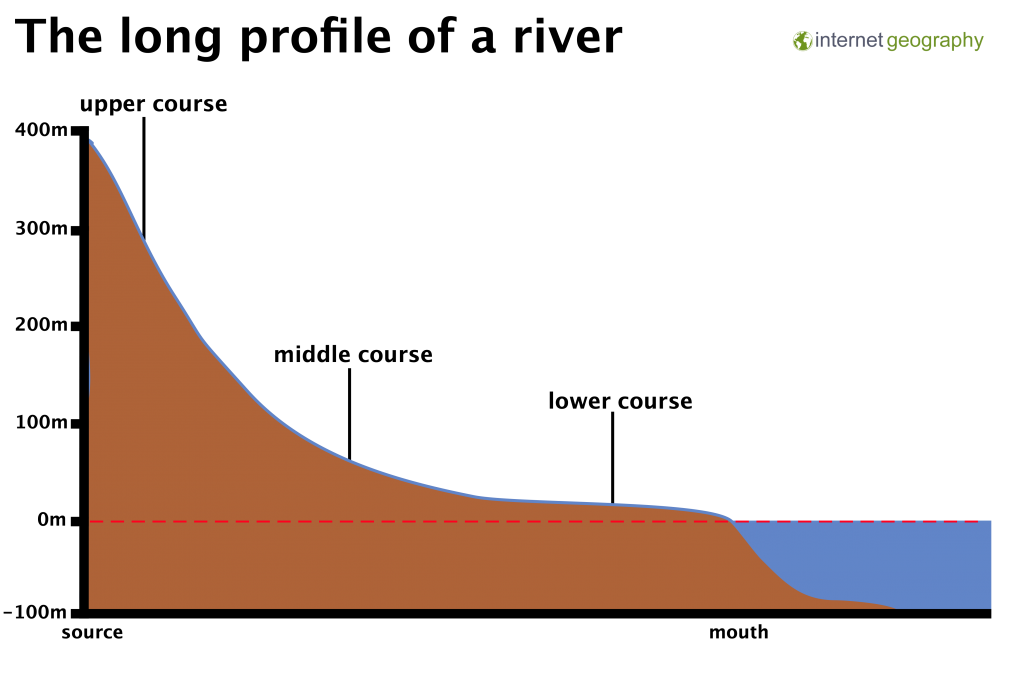 The long profile of a river

As a river flows downstream from its source the profile changes due to the interaction of the process of erosion, transportation and deposition.

The diagram above shows how the long profile can be split into three courses based on the gradient.

The upper course of a river is found in an area of high relief. The long profile starts at the source of the river. Water trickles from saturated land and merges to form a channel. 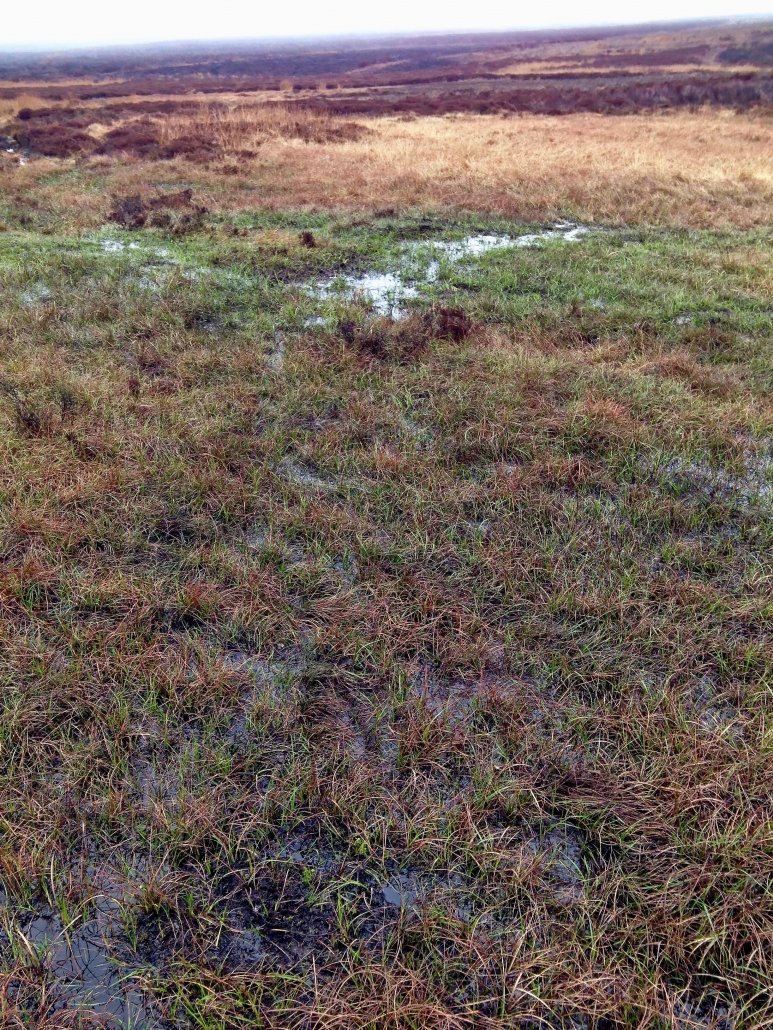 Source of a river

The channel then flows downwards following a steep gradient. The steep channel gives the river more potential energy. In the upper course, there may be rapids and waterfalls as the river flows through steep V-shaped valleys. 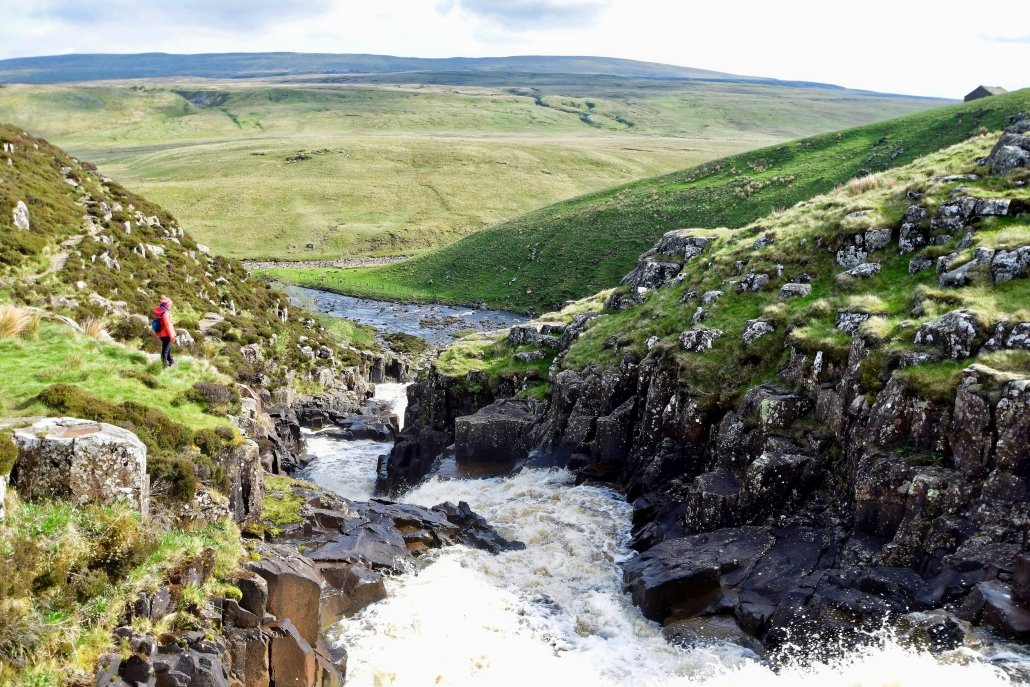 The upper course of a river with rapids as the river flows through steep V-shaped valleys.

Erosion in the upper course of the river is mainly vertical by hydraulic action.

Large boulders are deposited in the upper course of the river.

The middle course is further downstream and the relief is usually hilly. As more water enters the river from tributaries the channel becomes deeper as discharge increases. The increase in energy leads to less vertical erosion and leads to lateral erosion on meanders. 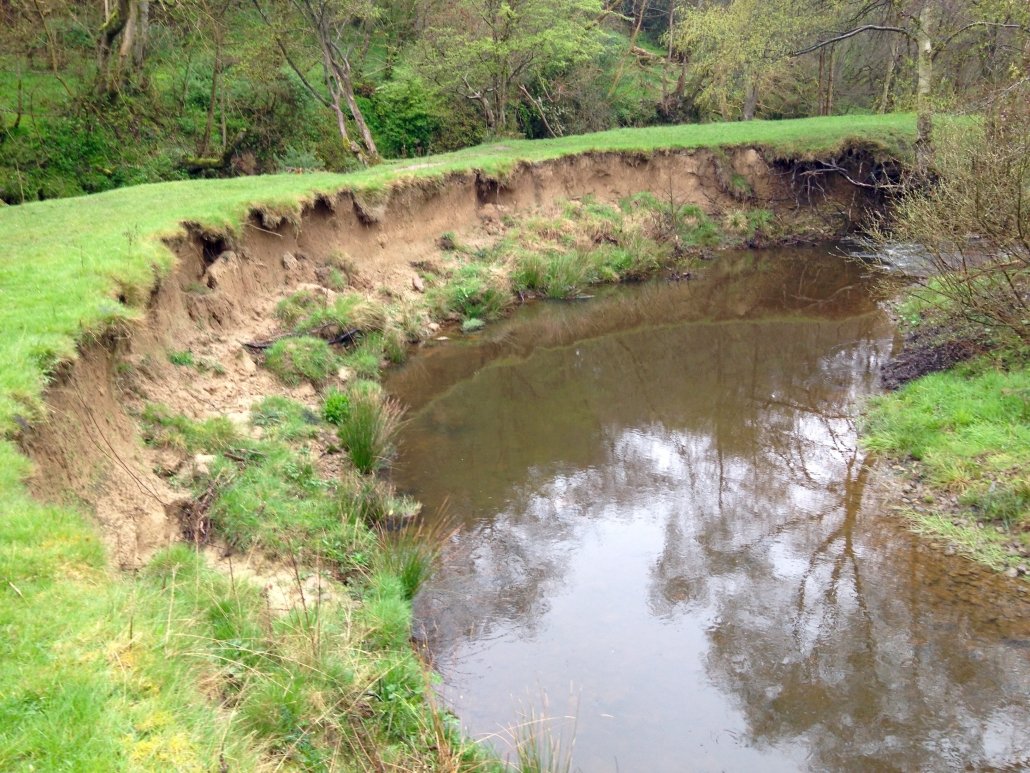 A meander in the middle course of the river

The gradient of the long profile becomes more concave as the vertical erosion reduces.

By the middle course, there is less vertical erosion and more lateral erosion. Attrition and abrasion are the main types of erosion, with some solution.

Deposition increases in the middle course of the river. Deposition occurs on the inside bend of meanders.

The lower course is closest to the mouth of the river where the land is low-lying. Erosion is confined to lateral erosion at meanders. The gradient is almost flat due to the lack of vertical erosion. 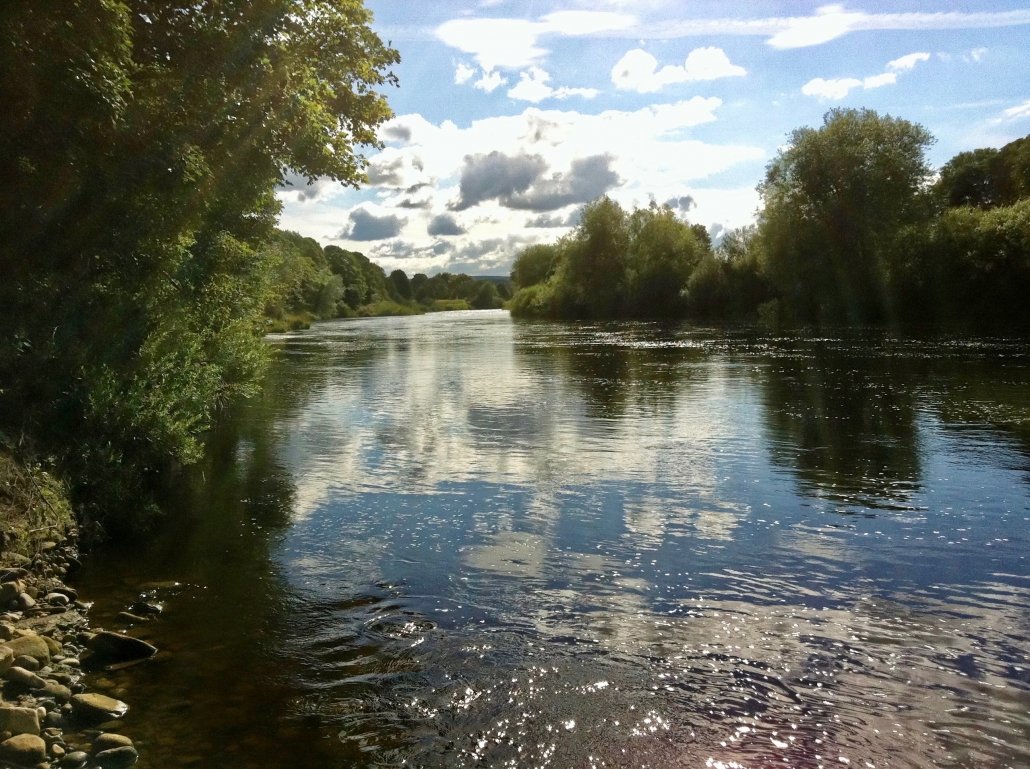 The lower course of a river

In the lower course of the river, there is little erosion. Where it does occur it is only lateral.

Transportation in the lower course of the river is mostly by solution and suspension. The significant load consists of very small particles.

Deposition is the main fluvial processes in the lower course of the river. Fine material is deposited.

Why do discharge and velocity increase downstream?

The volume of water passing a given point on the river is known as its discharge. Discharge is measured in cubic metres per second (cumecs). To calculate discharge use the formula:

The discharge of a river increases along its course as tributaries join it adding more water.

Velocity also increases along the course of a river. Even though the descent in the upper courses is steeper the lower course has the greatest velocity. The reason for this is because velocity is affected by how much water is in contact with the bed and banks. The small channel in the upper course of the river means there is more friction which means the velocity slows.

In the lower course of the river, a lower proportion of water is in contact with the bed and banks so there is less friction meaning velocity is much higher. Again, the added water from the tributaries flowing into the river increases speed due to the additional discharge.

Why do rivers deposit material?

Cross profiles of a river