Explore the opportunities and challenges of Alaska, a case study of a cold environment.

Alaska is the most northern state in the USA, covering 2 million square kilometres. The southern half experiences relatively mild conditions, whereas a tundra environment overlaying permafrost is found to the north.

Alaska is one of the most sparsely populated places on Earth. Nearly half its 750,000 residents live in the city of Anchorage.

Alaska’s indigenous people include the Inupiat and Yup’ik tribes. Since the 1800s, approximately 100,000 Inuit have been joined by permanent settlers.

A wealth of ecosystems span the vast and varied landscapes of Alaska from temperate rainforests to tundra.

How has migration brought different groups to Alaska?

The US state of Alaska borders Canada and the Arctic Ocean. Alaska has been home to people for thousands of years despite being one of the coldest regions on Earth.  The indigenous people of Alaska include the Inupiat and Yup’ik tribes, each part of a larger ethnic group called the Inuit. The ancestors of the Inuit spread throughout the Arctic into Scandinavia, Alaska, Russia and Canada during the last ice age. During this time, Russia and the USA were joined by a land bridge.

Since the 19th century, mainly European temperament settlers joined the 100,000 Inuit bringing the total population to nearly 750,000. In addition, temporary economic migrants have travelled north to work for mining and oil companies.

Opportunities for development in Alaska

Alaska has a range of development opportunities.

Alaska has abundant mineral resources, including coal, copper, silver, gold and zinc. During the 1800s, there was a gold rush to the state. Twenty per cent of Alaska’s mineral wealth lies in gold. Alaska’s second most valuable non-energy commodity is gravel, with more than a billion tons mined, worth $2.1 billion at today’s prices.

There are vast reserves of oil and gas in the north of Alaska. One-third of the state’s income comes from the industry, which employs over 100,000 people. Oil is transported from Prudhoe Bay in the north to Valdez in the south by the trans-Alaskan pipeline. The oil is heated as it travels along the pipe to stop it from freezing. In addition, the pipeline is raised above the land to avoid melting the permafrost, which could cause the pipeline to break. 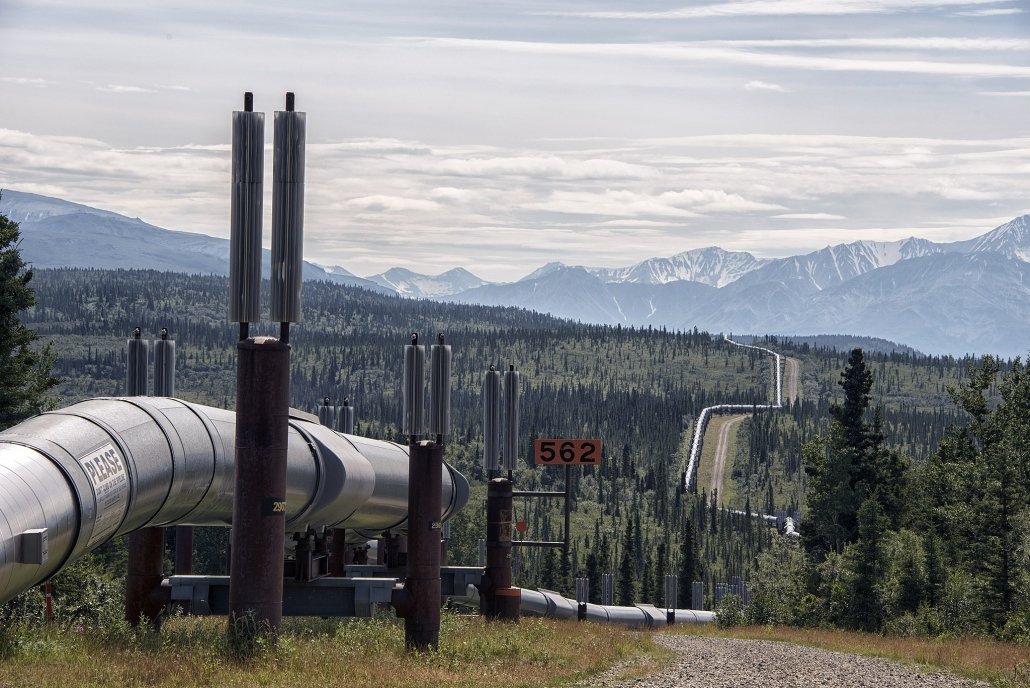 From Valdez, the oil is transported by tanker.

The fishing industry employs eighty thousand people in Alaska. Alaska’s 3,000 rivers, three million lakes and 10,686 kilometres of coastline are rich in fish, including salmon, trout and several species of white fish. The industry is worth $8 billion to the economy. In addition, indigenous people use fish to provide food, clothing, and oil as part of their subsistence lifestyle.

Alaska’s fisheries are a successful example of sustainable management.

Alaska’s spectacular environments with mountains and glaciers attract over 2 million tourists every year. In addition, cruises are popular, with 60% of summer tourists arriving this way. 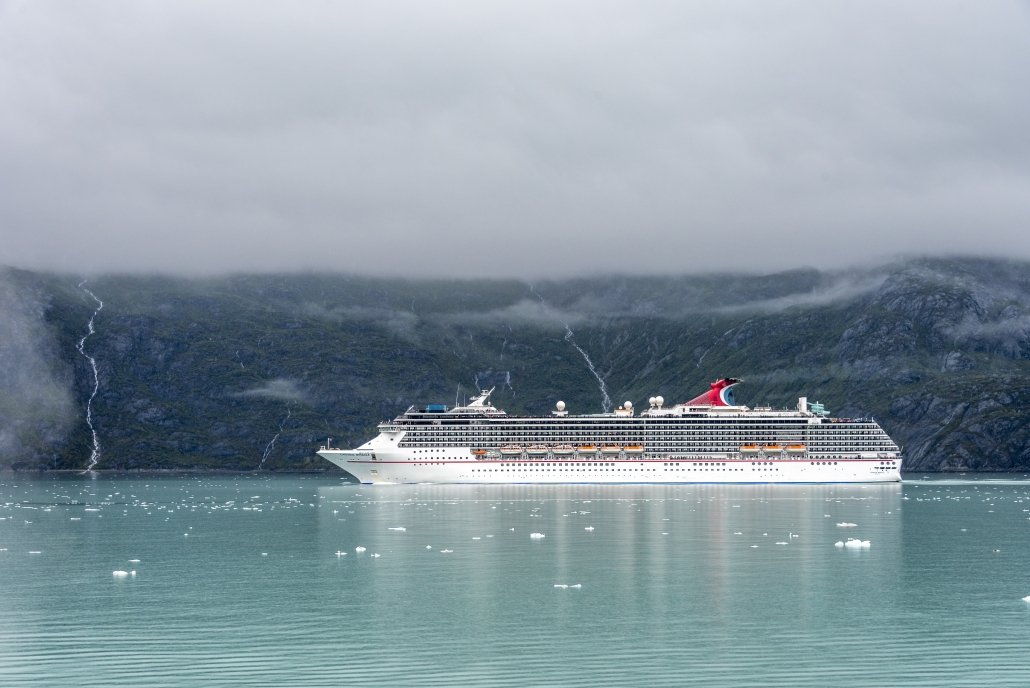 Adventure tourism is a growth industry in Alaska.

Winter temperatures can drop below -30°C in the north of Alaska. This, along with limited sunlight in the winter, makes working outside very challenging. In addition, in the winter the sea freezes and roads become very dangerous.

Permafrost in Alaska creates considerable challenges for building and constructing infrastructure. For example, roads are built on raised gravel beds to reduce heat transfer which can thaw the permafrost. 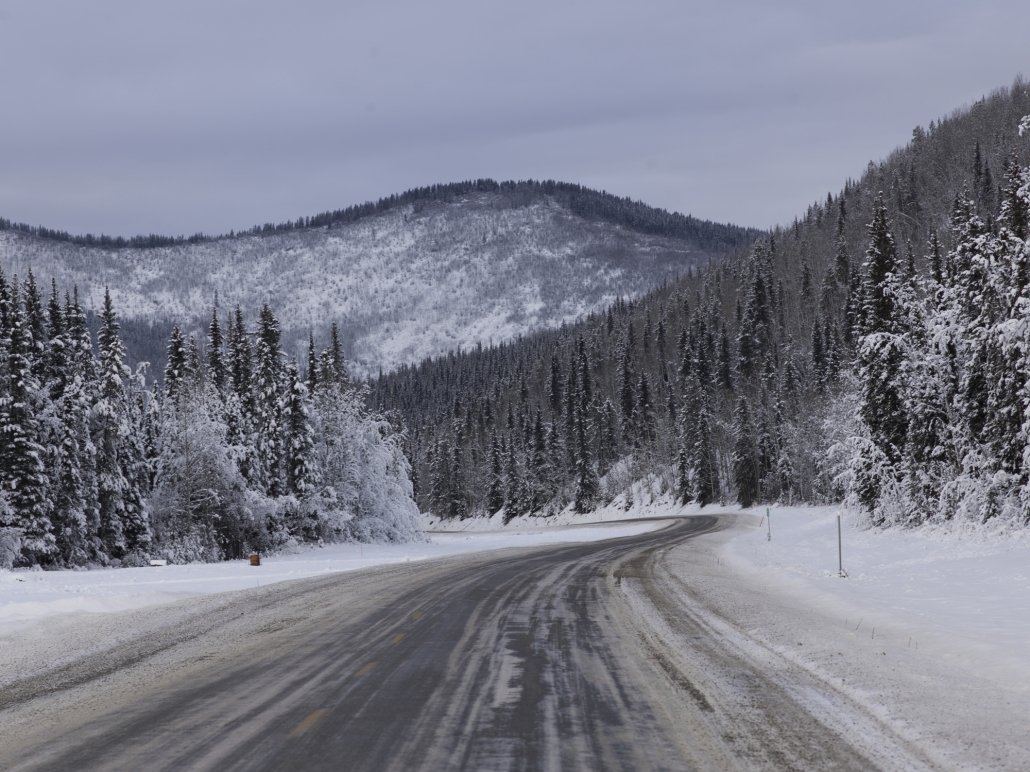 Many domestic services such as freshwater and sanitation have to be provided above ground in insulated utilidors to minimise the risk of freezing pipes and thawing the permafrost. In addition, runways are painted white to reflect the energy and reduce heat transfer from the sun.

Alaska is a very remote region, relying on transport such as planes and ships for access. In addition, some roads depend on crossing frozen rivers in the winter, which is very dangerous. As a result, locals rely on snowmobiles and 4x4s in the winter.

How is a cold environment interdependent?