How do rivers transport material?

How do rivers transport material?

Fluvial transport is the process by which a river carries its load. Load varies in size from large angular boulders in the upper course to fine, suspended sediment in the lower course. Load mainly comes from weathered material that has rolled down the hillside into the river bed. However, it also comes from the eroded bed and banks of the river. 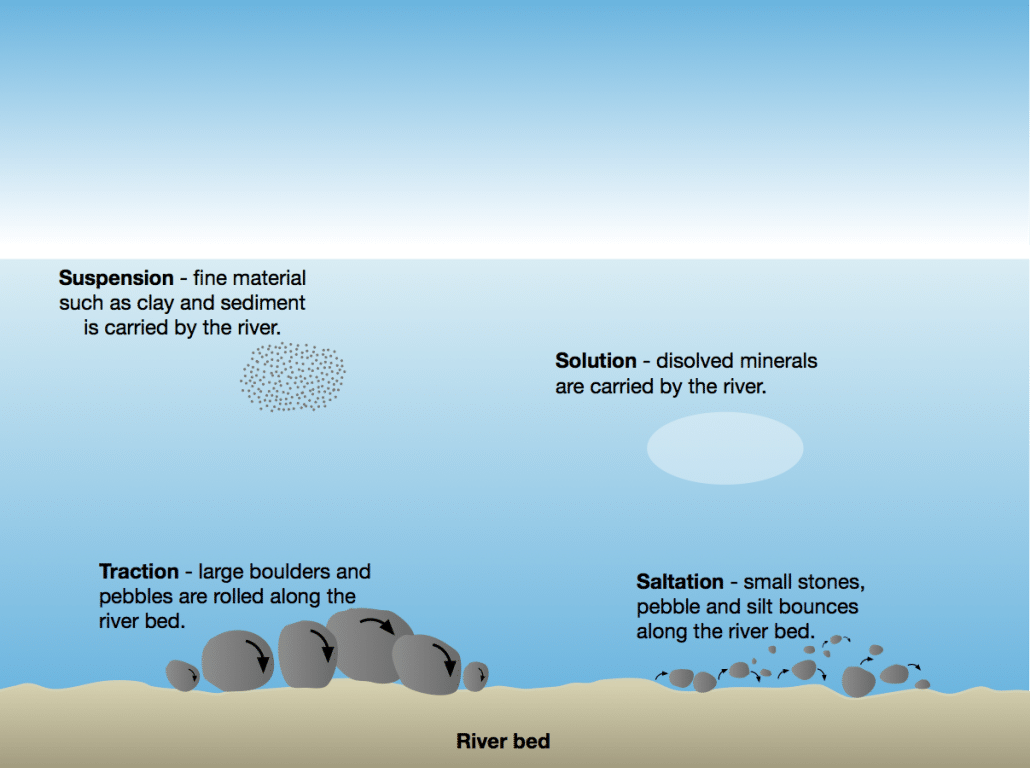 Processes of transportation by a river

The video below shows the movement of sediment in a river. Notice the different types of processes of transportation at work including traction (rolling of material over the river bed) saltation (bouncing movement) and suspension (material suspended in the water).

How do rivers erode?

Why do rivers deposit material?