Sustainable development in the desert – The Great Green Wall

Sustainable development in the desert – The Great Green Wall

The Great Green Wall is an African-led project with an epic ambition: to grow an 8,000km natural wonder of the world across Africa’s entire width. Its goal is to provide food, jobs and a future for the millions of people who live in a region on the frontline of climate change. 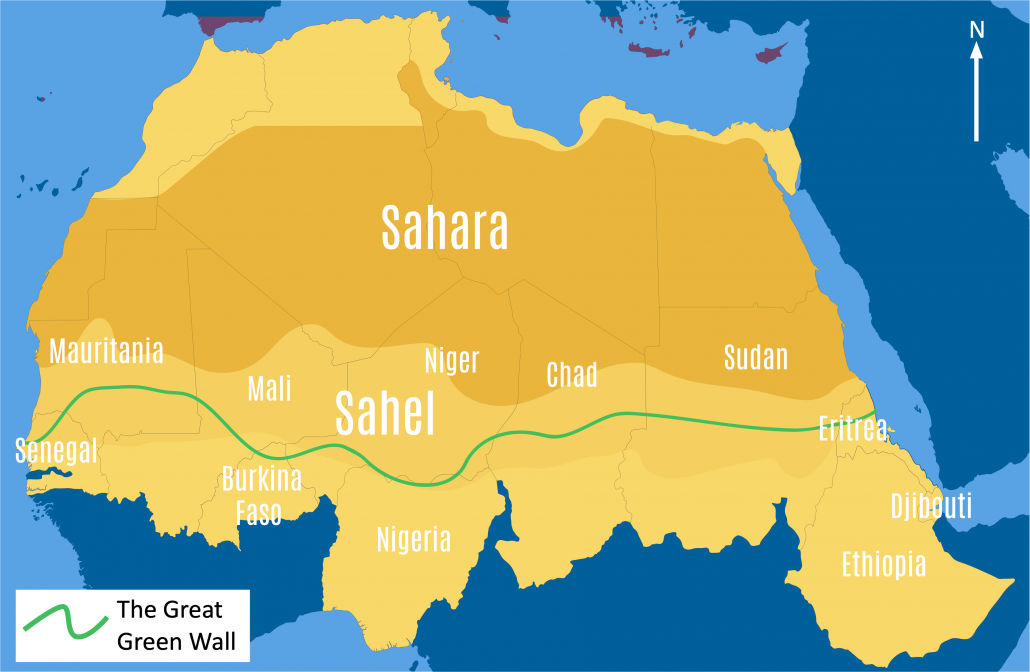 Once completed, the Great Green Wall will be the largest living structure on Earth and a new Wonder of the World.

The Great Green Wall is taking root in the Sahel region, at the southern edge of the Sahara desert, one of the world’s poorest places.

More than anywhere else on Earth, the Sahel is on the frontline of climate change, and millions of locals are already facing its devastating impact.

Persistent droughts, lack of food, conflicts over fewer natural resources, and mass migration to Europe are some of the many consequences.

Yet, local people from Senegal in the West to Djibouti in the East are fighting back.  Since the birth of the initiative in 2007, life has started returning to the land, bringing greater food security, jobs and stability to people’s lives.

One aim of the Great Green Wall is to reverse desertification and bring dry land back to life. When there were no trees, the wind used to erode the soil (aeolian erosion). The leaves support the nutrient cycle, and the canopy increases humidity in the environment and offers shade which means less watering is needed. Drought resistant acacia trees have been planted. The roots of the trees hold moisture in the soil.

The BBC has a great overview video of the Great Green Wall.