Food production can be increased to overcome food insecurity in many ways. There are low-tech solutions that cost very little but can significantly increase food production. Other techniques require modern technology and significant sums of money to increase the global supply of food.

Irrigation involves providing extra water to agricultural areas where water supply is unreliable or limited. By providing extra water crop yields increase, leading to an increase in income. This helps reduce poverty and food insecurity. Water from irrigation can come from lakes and rivers. In some cases, such as in Israel, seawater is turned into fresh water at desalination plants, and used in agriculture.

Irrigation is often used in arid or semi-arid climates such as southern Europe and North America. Irrigation is less common in Sub-Saharan Africa where the cost of investment and low, unreliable rainfall is very prohibitive. Only 3.5% of the land is irrigated in this area. However, in Asia, up to 33% of farmland is irrigated.

There are a number of problems associated with irrigation systems:

•  soil can become waterlogged due to the lack of drainage

•  delivering water can be very expensive

•  salts and minerals can build up in the soil. If the level of salts in the soil water is too high, water may flow from the plant roots back into the soil. This results in dehydration of the plant, causing a decline in yield or even death of the plant. 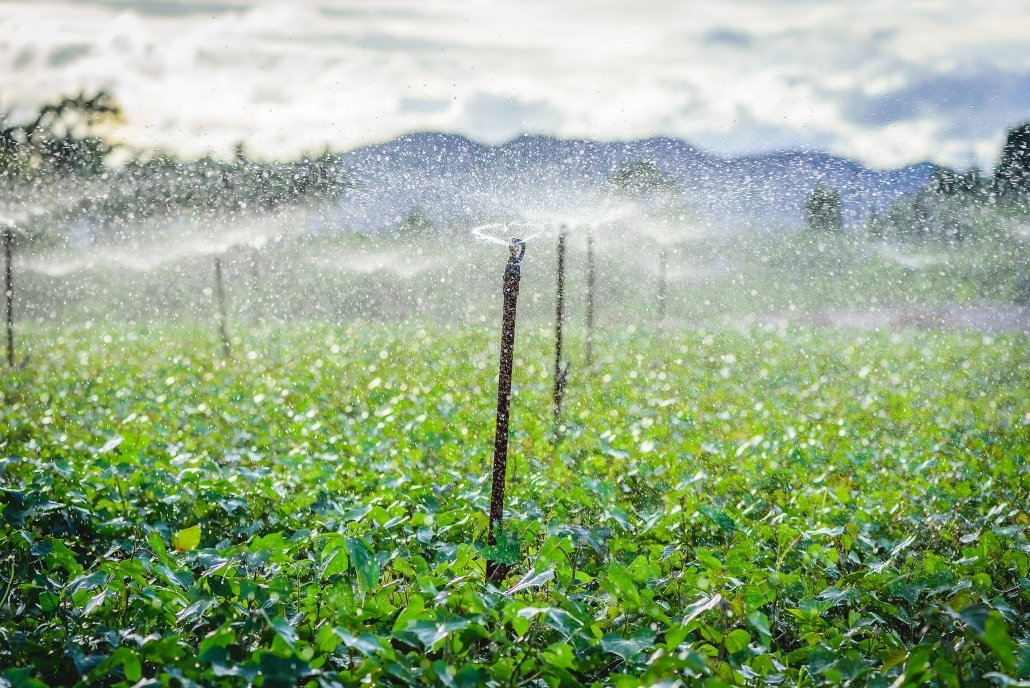 There are a number of different ways to deliver water through irrigation. These include:

•  large-scale schemes that involve constructing reservoirs, dams and canals, an example of this is the Aswan Dam on the River Nile in Egypt

•  delivering water to the plant’s roots through pipers containing small holes. This is known as drip irrigation and can be high-tech involving computers controlling the flow of water or low tech with the flow of water being controlled manually. This technique reduces evaporation and waste.

•  flood irrigation involves the controlled flooding of fields. This can be done by hand, animal or machine using canals and dams from a reservoir, river or well. Rice paddies in Asia are typically irrigated in this way.

•  on farms in HICs sprinklers are often used for irrigation. These can be moveable or permanent fixtures

Aeroponics involves growing plants in the air, rather than soil. Plants are suspended in the air in a closed environment and feed on water and nutrients sprayed as a fine mist onto the roots and stems. As their roots are exposed to more oxygen the plants tend to grow faster. 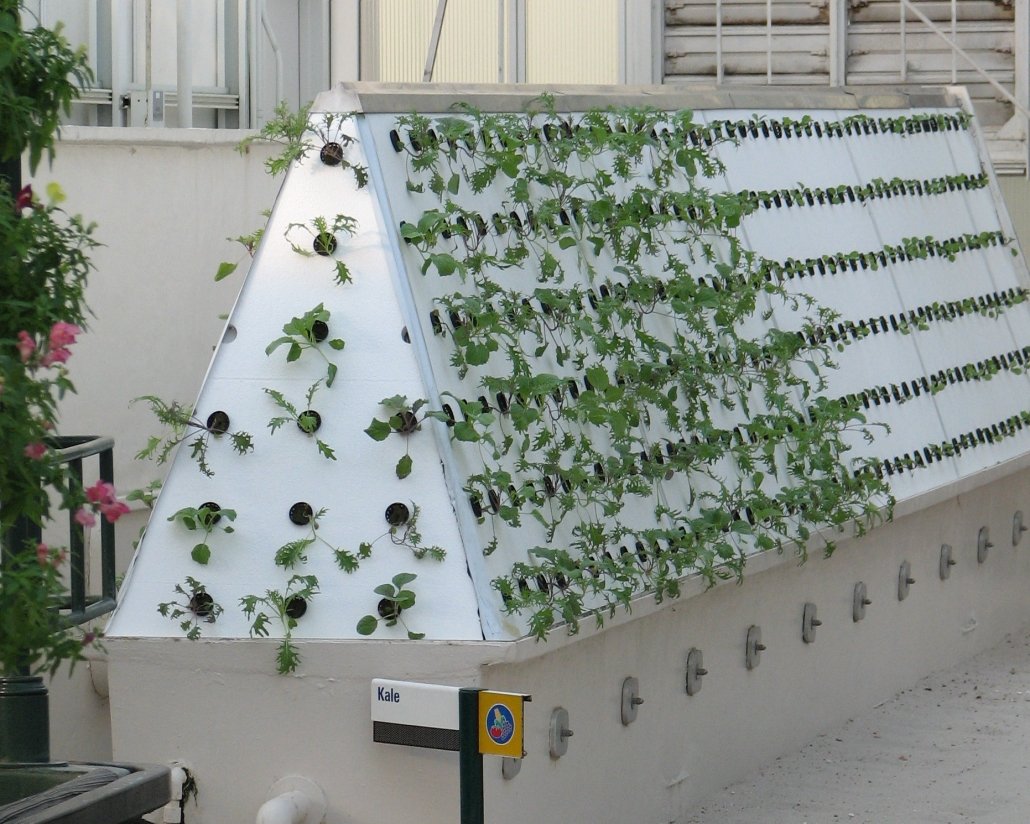 Kale being grown by aeroponics

•  plants can be moved easily

•  plants can be stacked which means less space is needed

•  plants can be easily maintained

•  if the misting system fails the crop can be lost

•   expert knowledge of the nutrient mix and technology is needed

•   it is very expensive

Hydroponics involves growing plants in a nutrient-rich water bath. A range of crops can be grown in this way including lettuce and tomatoes. 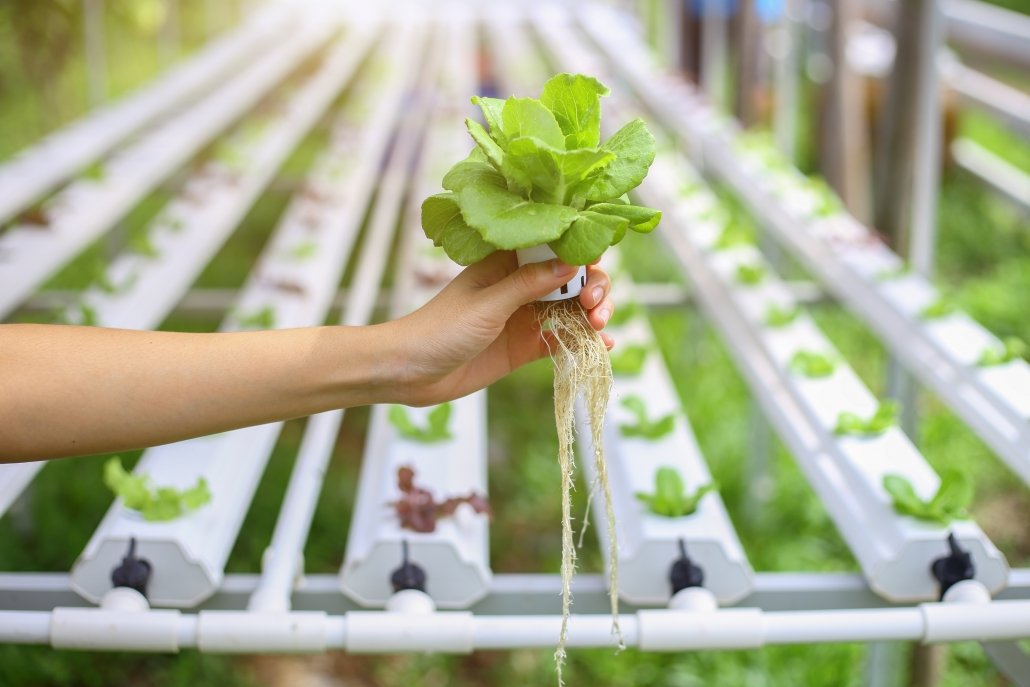 The benefits of hydroponics include:

•  crops can be transported in water increasing their freshness for consumers

•  the speed of growth is controlled by the grower

Aeroponics requires technical expertise and is very expensive to set up and run, and therefore limits its use.