What are fold mountains?

Fold mountains are mountains formed by the folding of the Earth’s crust.

How are fold mountains formed?

Fold mountains form when two tectonic plates collide (a compressional plate margin), this can be where two continental plates move towards each other (collision margin) or a continental and an oceanic plate converge (destructive plate margin). The movement of the two plates forces layers of sedimentary rock upwards into a series of folds. Fold mountains are usually formed from sedimentary rocks and typically found along the edges continents. This is because the thickest deposits of sedimentary rock are usually found along the edges of continents. When plates, and the continents riding on them, collide the accumulated layers of rock crumple and fold like a tablecloth pushed across a table. 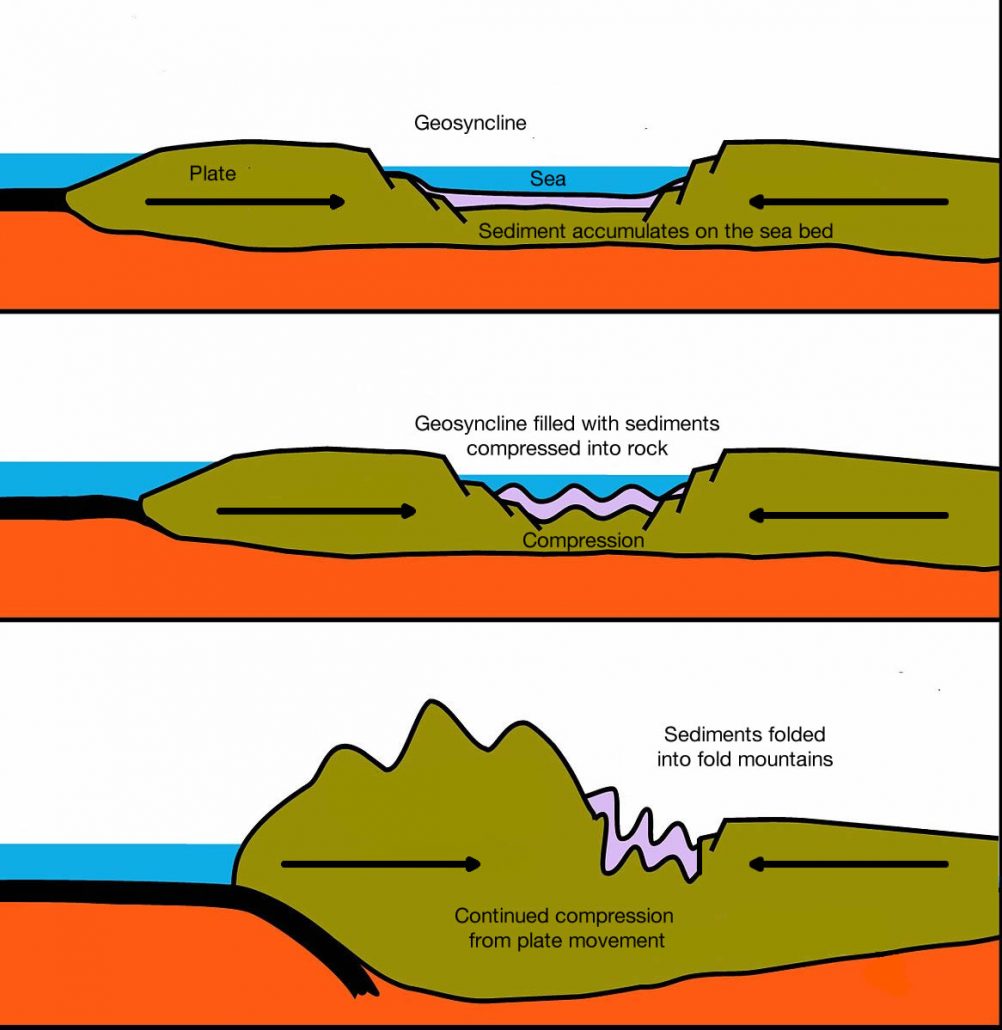 The Alps are home to eleven million people and thus the most densely populated mountain area in the world. The economy of this region is based on the exploitation of the coniferous forest and pasturing dairy cattle, and tourism plays an important role. 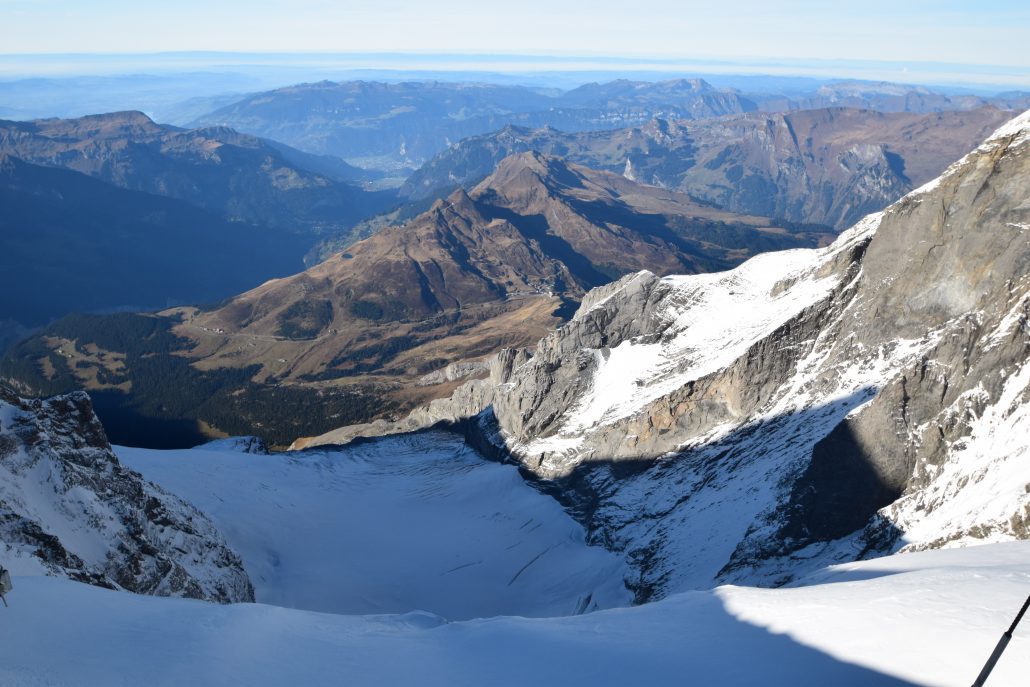 The Alps in Switzerland are an example of fold mountains.

Since the end of the second world war, The Alps have become the winter and summer playground of European urban dwellers. 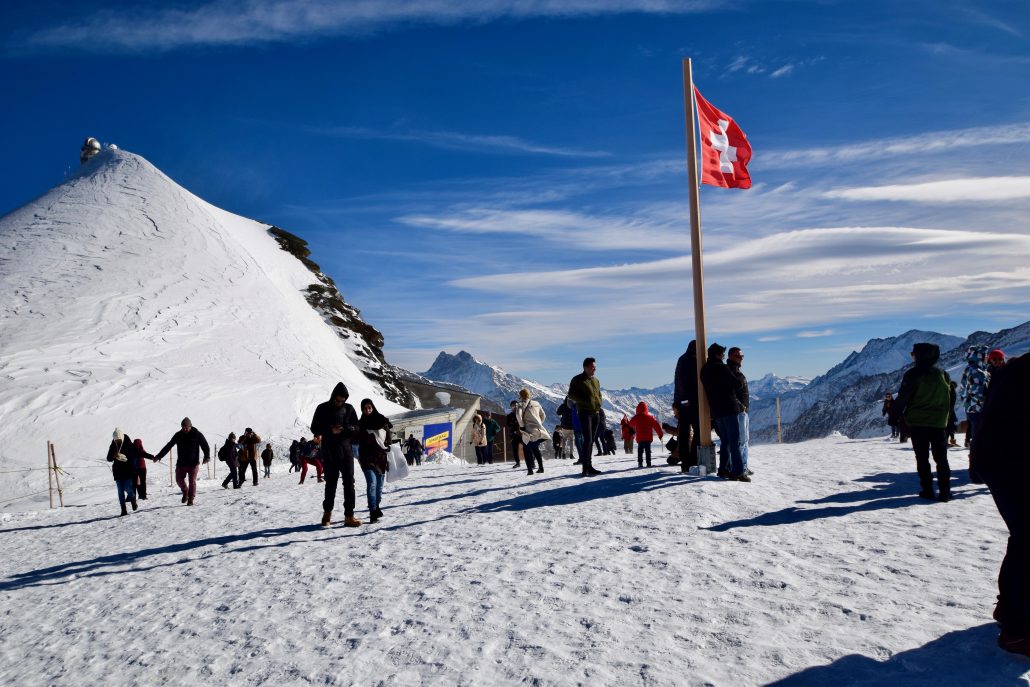 Tourists are enjoying stunning views of the Alps at Jungfrau, Switzerland.

The Alps are a popular destination amongst winter tourists. Ski resorts such as Val d’Isere and Les Deux Alps have been purpose-built. These areas are very crowded in the winter but tend to be quieter in the summer. However, traditional ski resorts tend to be busy throughout the year.

Between June and September, The Alps are popular with walkers, cable-car riders and paragliders.

The significant number of tourist visitors to The Alps has led to them becoming the most threatened mountain chain in the world; this is regarding its fragile ecological and physical system.

Coniferous trees are the main trees forested in the Alps. They are ideally suited to the Alpine environment. Their conical shape makes the tree stable in windy conditions. The downward sloping, springy branches allow the snow to slide off the tree without damaging them.

The vast meadows of The Alps make the area ideal for sheep farming. In the more extreme upland areas, goat herding is the primary type of agriculture. The cold climate and challenging relief make it almost impossible for arable farming to occur.

Hydroelectric power schemes are common in The Alps. The combination of tectonic and glacial processes make the area ideally suited for HEP schemes. HEP schemes often involve many different watersheds. It is an area of excess water and deep U-shaped valleys. Since the development of HEP at the end of the 19th and the beginning of the 20th centuries, these valleys have been dammed and used to develop HEP.

The development of HEP in The Alps led to the establishment in the lower valleys of electricity-dependent industries, manufacturing such products as aluminium, chemicals, and speciality steels.

Take our human use of fold mountains quiz to test your knowledge.

The Pacific Ring of Fire