Waves that remove material from a beach.

What are destructive waves?

Destructive waves are usually found in more exposed bays, where they build pebble beaches. Although a destructive wave’s swash is much stronger than that of a constructive wave, its swash is much weaker than its backwash. This means that these waves can transport beach material back into the sea and lower the height of beaches in winter.

Destructive waves destroy beaches. The waves are usually very high, have a short wavelength and are very frequent. The wave has a steep front and is typically over 1 metre tall. The backwash has less time to soak into the sand. As waves continue to hit the beach, there is more running water to transport the material out to sea. As the wave approaches the coast, it gains height and plunges onto a steep beach and does not travel far up it. The force generated by a destructive breaking wave can also erode a headland.

They are more common in winter than in summer. 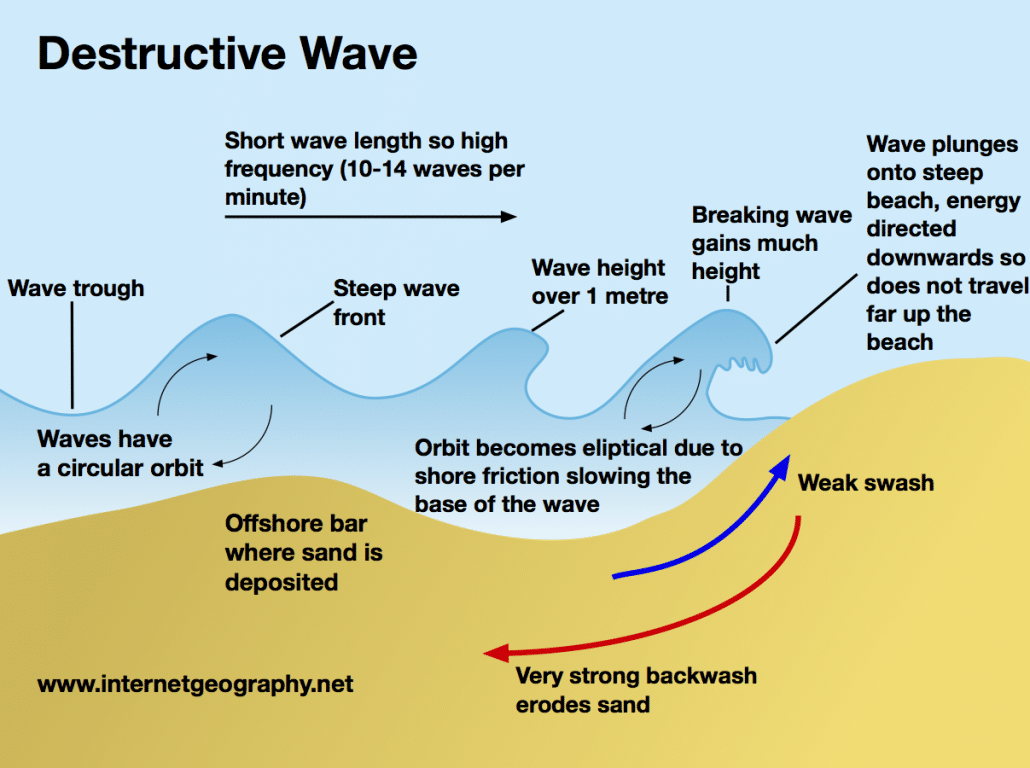 The characteristics of a destructive wave