A vast “sandscaping” scheme aiming to protect a 6km stretch of the North Norfolk coast from Bacton to Walcott is currently underway. The purpose of the project is to safeguard Bacton Terminal, which supplies one-third of the UK’s gas. The £20m scheme will also defend the villages of Bacton and Walcott.

The main stages in the ‘sandscaping’ process

The project, designed by Dutch engineering company Royal HaskoningDHV, involves the transfer of 1.8 million cubic metres of sand from an extraction site further along the coast to the beach. A dredging vessel, Vox Amalia, is collecting sediment from the sea bed from licensed sites off the Norfolk coast, where it is extracted for concrete. The dredge sites are relic river beds, off Great Yarmouth and Lincolnshire. The dredger temporarily stores the sediment in its onboard hoppers. The Vox Amalia can hold 18,000 cubic metres of sediment. 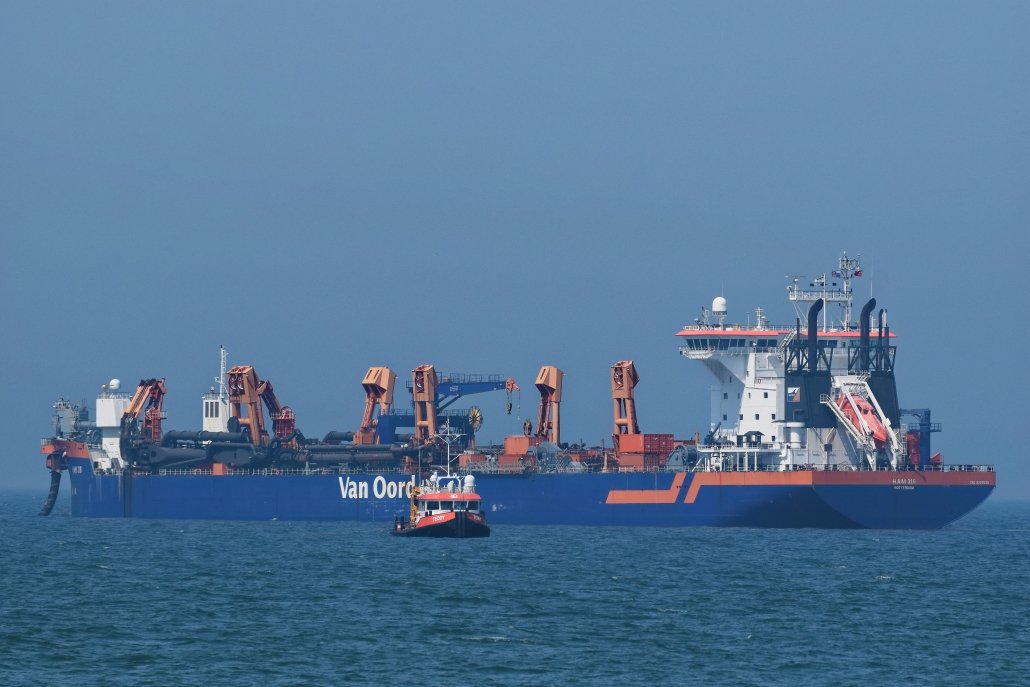 The dredging vessel then transports the material to the beach by pumping a mixture of sand and seawater onto the shore at 10,000 cubic metres per hour. The sand is pumped through metal pipes across the beach. 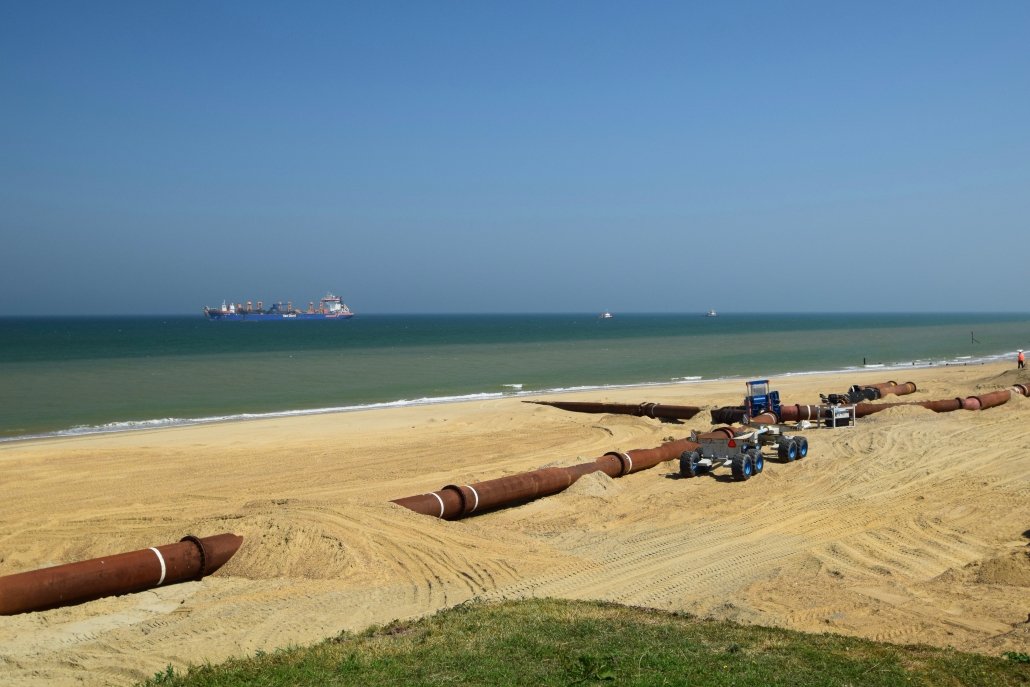 Sediment is pumped to the beach from the dredging vessel.

The sediment is then shifted into place by bulldozers and diggers with GPS. This sediment will provide natural protection to the cliffs and defences and create a better beach. At the fastest pace, 240 metres of the new beach will be completed each day. 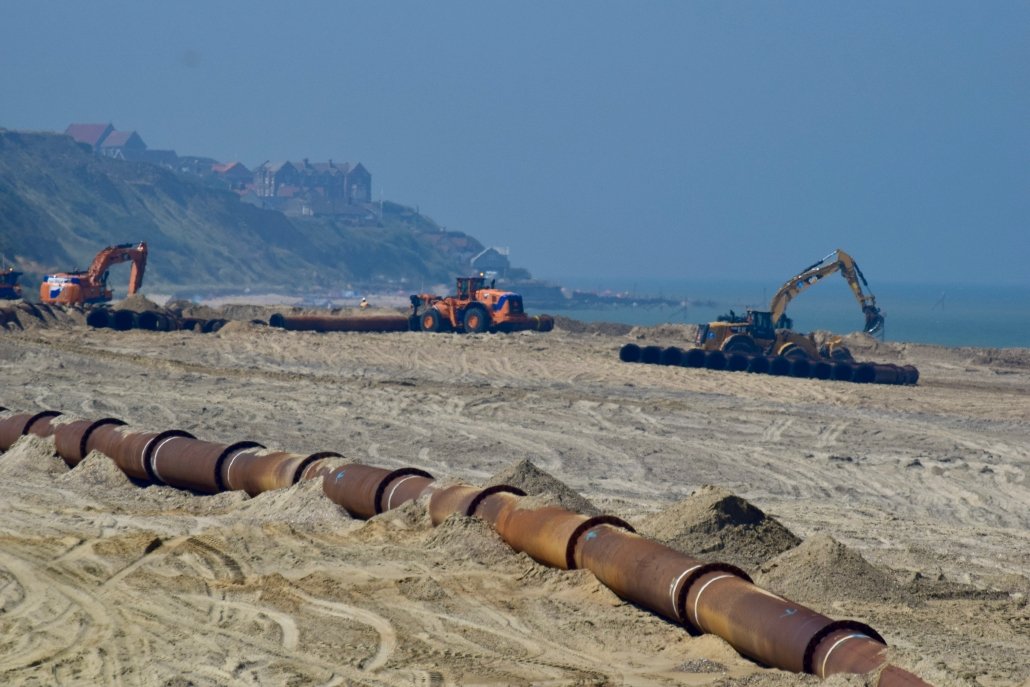 Sediment pumped onto the beach is moved by heavy machinery

Once the scheme is complete, a dune stretching 6km, standing up to 7m high will extend 250m out to sea. The amount of sand used is equivalent to around 240 football pitches one metre deep in sand.

Bacton Gas terminal was more than 100m from the cliff edge when it was built in the 1960s. However, some parts of the complex are only 10m away.

Sea walls and rock armour have protected similar facilities in the UK; however, this has not been copied due to the potential impact further along the coast at villages such as Bacton and Walcott that already face the risk of coastal flooding.

This soft engineering solution is based on a large-scale experiment in the Netherlands called the Zandmotor. In 2011, Dutch scientists deposited 20 million cubic metres of sand along a 1km stretch of the South Holland coastline. The sediment drifted, but it did the job of protecting the coast from erosion. It is expected to last 40 years, 20 years longer than expected.

The estimated life-span of the Bacton “sandscaping” scheme is 15-20 years. After that, the sand will need to be replaced.

Beaches will still change during storm events, but with more sediment available locally they will be more able to respond and recover under the right conditions.