How do tropical storms form?

Tropical storms occur between 5* and 30* north and south of the equator. Find out how they form below.

How do tropical storms form?

The diagram below summarises the formation of a tropical storm. 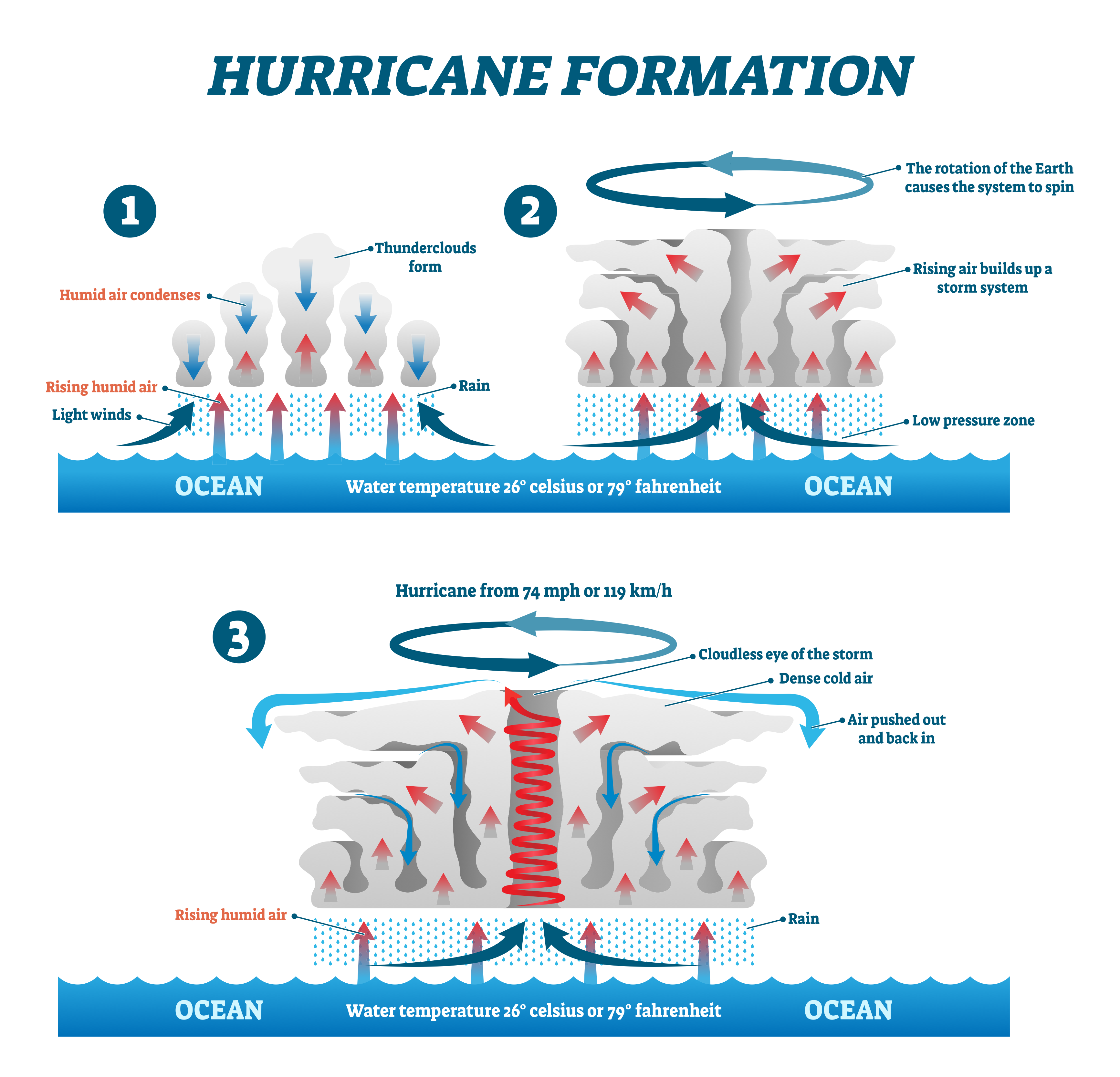 What is the structure of a Tropical Storm?
The central part of the tropical storm is known as the eye. The eye is usually between 30-50km across. It is an area of calm, with light winds and no rain. It contains descending air. Large cumulonimbus clouds surround the eye. These are caused by moist air condensing as it rises. Wind speeds average 160km per hour around the eye.

The structure of a hurricane in the northern hemisphere

The weather system generates heat which powers the storm, causing wind speeds to increase. This causes the tropical storm to sustain itself. Tropical storms rely on plenty of warm, moist air from the sea – this is why they die out over land.

Case Studies
Below is a list of Tropical Storms, each with a link to a site containing information about it:

4. Indian ‘Super Cyclone’ 1999 Orissa cyclone – The strongest and deadliest cyclone in the region since the Bangladesh cyclone of April 1991

5. Cyclone Eline – 2000 The cause of the major disaster in Mozambique

For more information on current hurricanes visit the US National Hurricane Centre website.

What are tropical storms?