The UK once produced enough energy to be self-sufficient. In 1970 91% of energy came from oil and coal. The discovery of gas beneath the North Sea meant that by 1980 22% of the UK’s energy came from gas. The use of nuclear power increased during the 1990s.

However, a decline in reserves of oil and gas now means the UK is reliant on imported fossil fuels. However, there are still considerable resources that can be exploited, though these tend to be in remote areas. All coal-fired power stations are due to close by 2025. Production of oil and gas has been declining in the UK since 2000. The last deep coal mine in the UK closed in December 2015.

The use of shale gas from underground is being considered in the UK, as a way of adding to energy resources and reducing reliance on importing energy from other countries. It’s extracted using a process called fracking: fluid is pumped into shale rock at high pressure, causing it to crack. This forces gas trapped in the rock to flow back out of a well, where it is collected. There is significant opposition to fracking due to its negative environmental impact.

The Growing Significance of Renewable Energy in the UK

Renewable energies, such as wind and solar, are growing in significance in the UK, however, they still only make up a small percentage of energy produced. Renewables are encouraged by the British government to meet carbon emmision targets.

The graph below shows the growing importance of renewable energy in the UK. 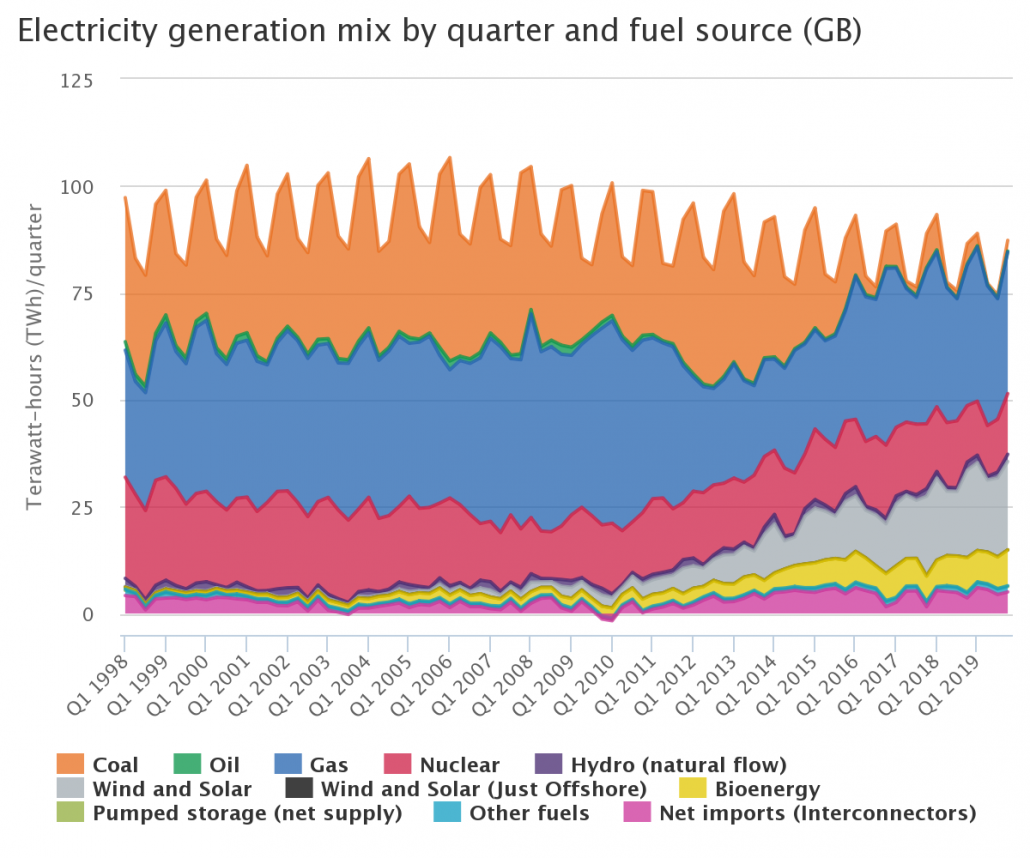 The GB electricity system is undergoing a period of significant change as we transition from a large-scale conventional fossil fuel dominated generation mix to intermittent renewable generation. Over the past few years, we have seen a marked increase in output from wind and solar farms.