When a glacier loses the ability to transport material, depositional landforms are formed. As the ice melts, the material it is transporting is deposited on the ground. As a glacier moves, material being transported in its base that has been plucked from the bedrock can be dropped. This could be because it gets stuck behind obstacles on the floor, such as a band of hard rock. Most of the material that is deposited is till. Where ice has melted and retreated, we see drumlins and moraines.

The different types of moraine

Moraines are piles of rock debris. There are several types of moraine, each with its own shape. These are: 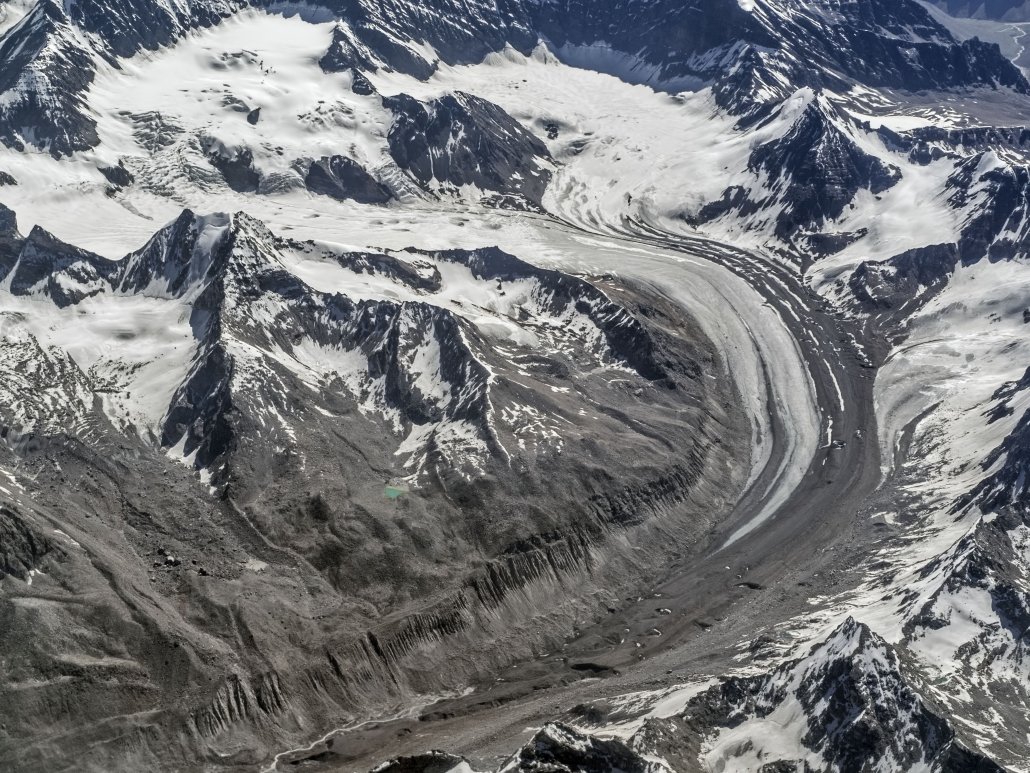 The main features of a drumlin

A drumlin is an egg-shaped formation made up of till. They are formed when material is deposited as ground moraine. This is then shaped by the movement of ice. Drumlins show the direction of ice movement. They can be 100 metres long or more. A group of drumlins is known as a basket of eggs. Some drumlins have a large piece of rock in their centre.

What do ‘glacial erratics’ tell us about past ice movements?

An erratic is a rock or boulder that differs from the surrounding rock and has been transported by ice over a long distance and deposited by a melting glacier. They provide evidence of the route a glacier has taken.