Durdle Door is a coastal arch, located on the Dorset Coast.

Durdle Door is a coastal arch located on the Dorset Coast in the south of England.

Durdle Door is formed from a layer of hard limestone standing almost vertically out of the sea. Normally layers of limestone would be horizontal. Only the most fundamental force in geology could have altered these rocks in this way – plate tectonics. 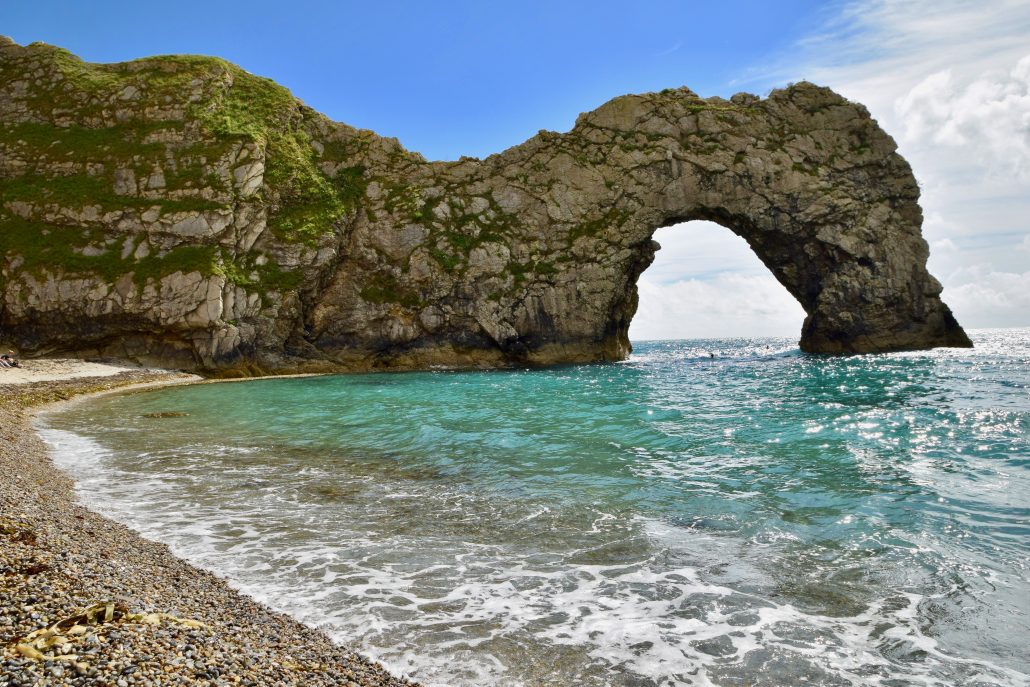 Around 25 million years ago the African tectonic plate collided with the European plate. The huge pressures generated heaved and folded rocks to create the mountain chain we know as the Alps. Ripples from that collision spread north through the Earth’s crust and gently folded the rocks here, in what would become south Dorset and Purbeck.

Want to know how coastal arches are formed? Take a look at our erosion of a headland section.