Urbanisation is the increase in the proportion of people living in towns and cities. As you can see from the graph below there has been a significant increase between 1950 and 2014, from 0.8 billion to 3.85 billion people. 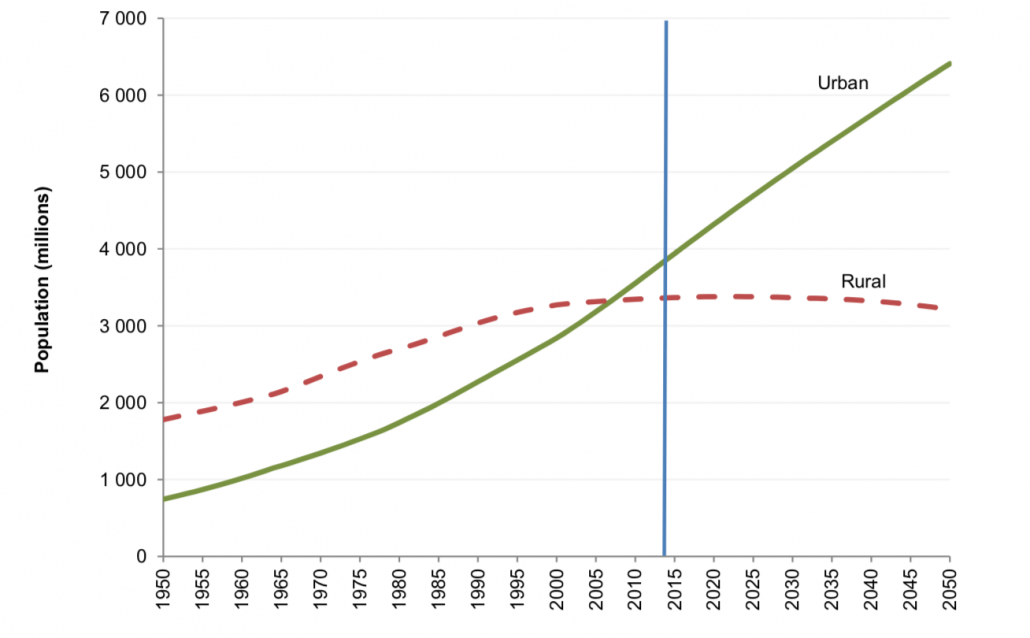 Urbanisation first occurred in high-income countries (HICs) during the industrial revolution. People were attracted to urban areas (pulled) from rural areas to work in factories. They were also pushed as developments in technology led to mechanisation on farms.

Nowadays, the rate of urbanisation in low-income countries (LICs) is greater than in HICs. As LICs are developing more people are migrating to urban areas. The choropleth maps below clearly show how many LICs are becoming more urbanised. 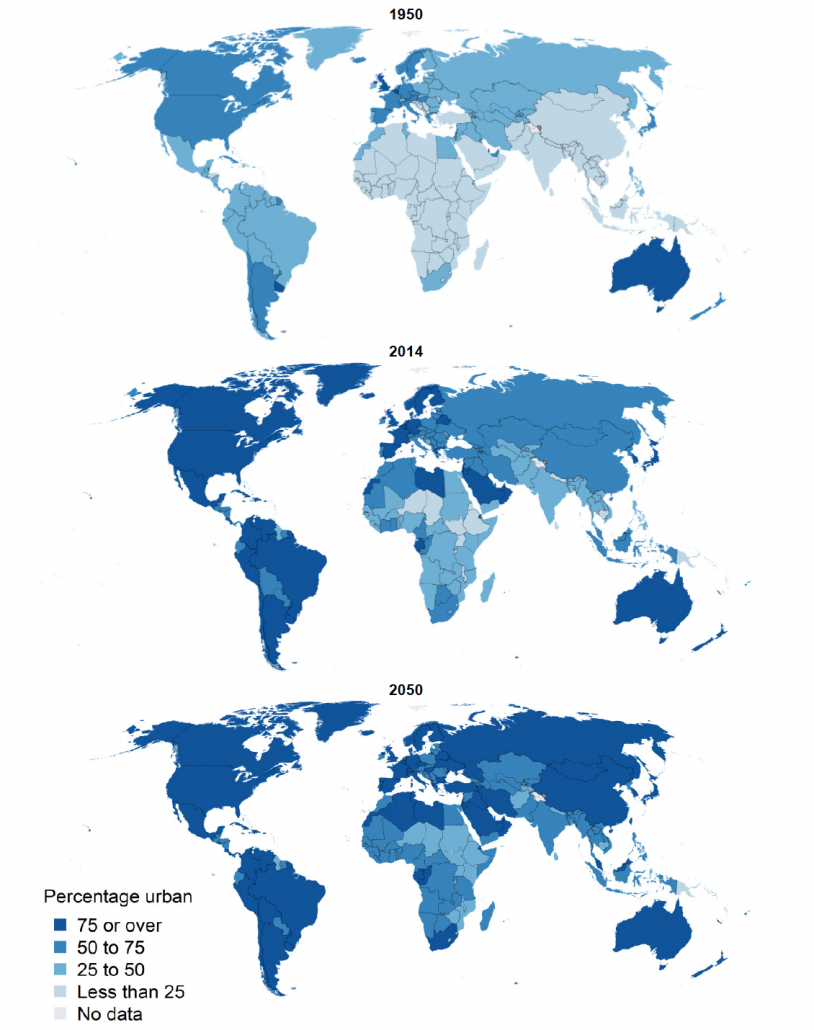 Although urbanisation is greater in richer areas of the world compared to poor areas rates of urban growth (changes between 1950 and 2000) are higher in poorer areas of the world. As you can see from the graph above the rates of urbanisation in poorer parts of the world are very high. This is due to rural-urban migration.  Current rates are projected to increase due to industrialisation and economic development in some poorer countries. Urban growth rates are lower in more developed countries because it has already taken place hence the high levels (over 80%). 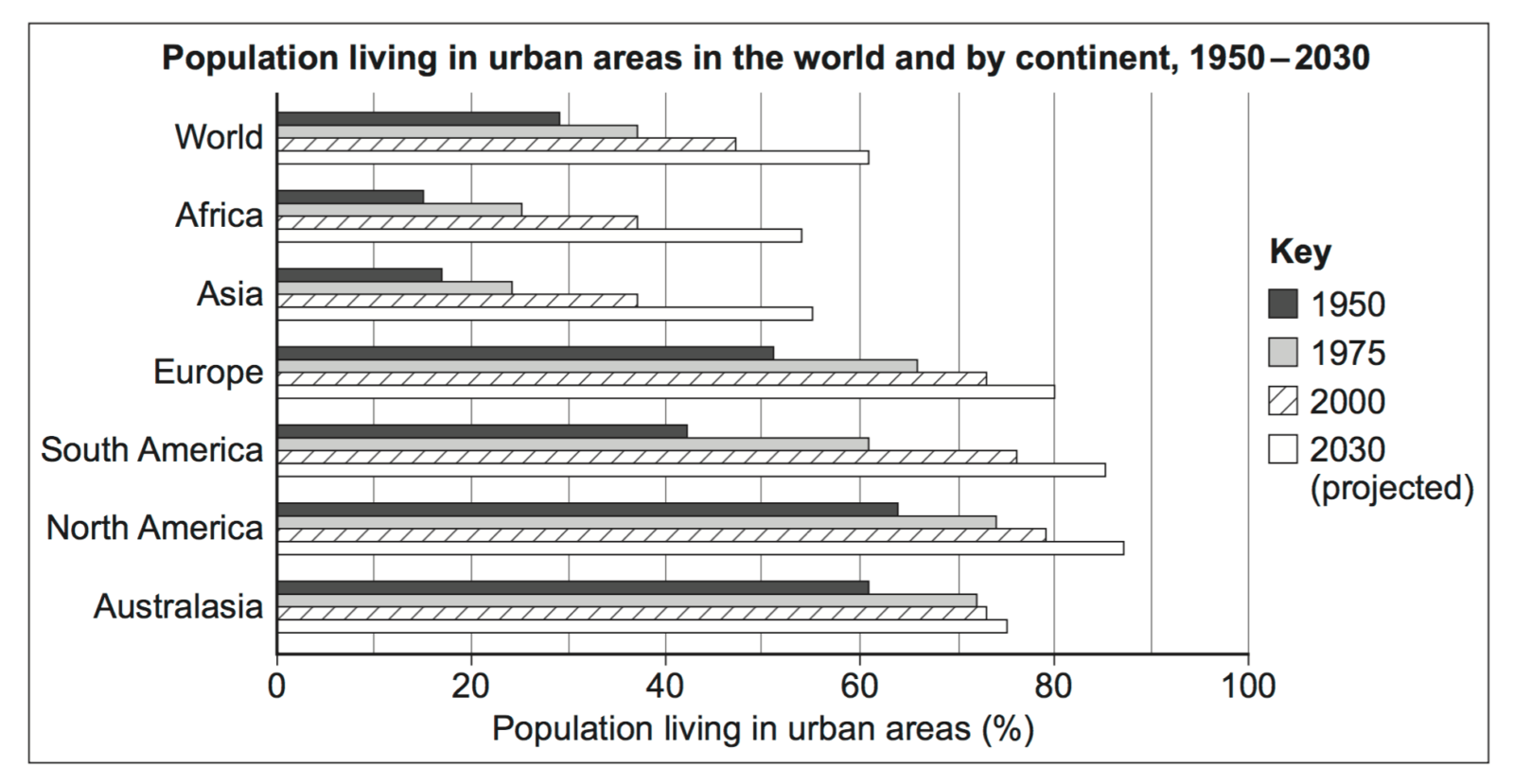