Happisburgh (pronounced “Haze-bro”) is a settlement located on the Norfolk coast, eastern England. It has a population of around 1400 people in 600 houses. Although now a coastal village, this was not always the case. When founded over 1000 years ago, there was another village separating Happisbourgh from the sea. Historical records indicate that over 250m of land was lost between 1600 and 1850. 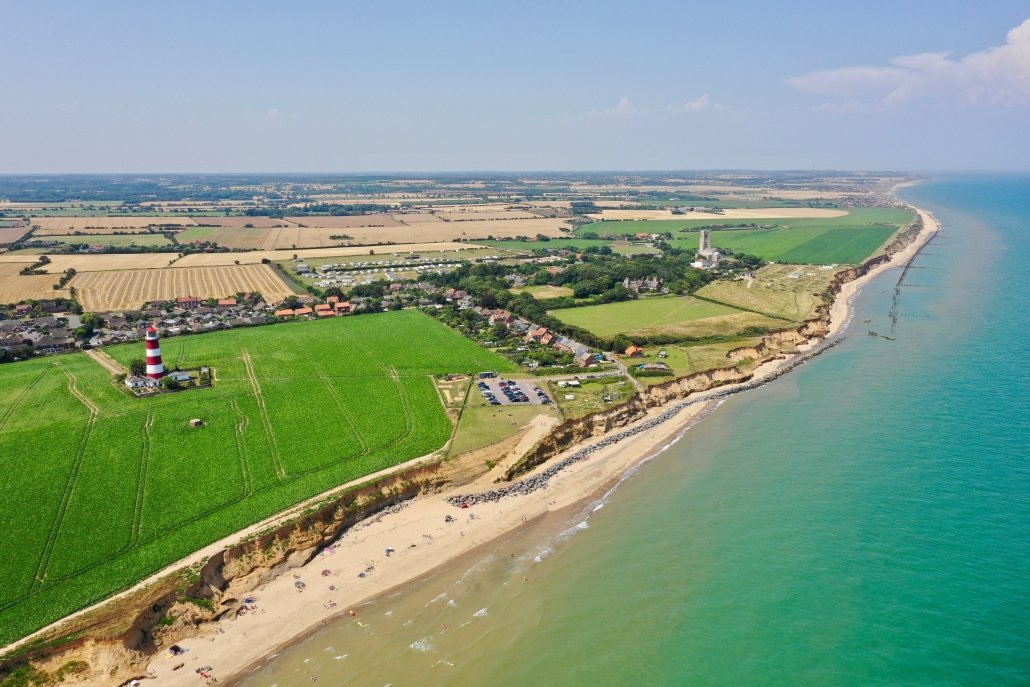 Happisburgh, situated to the southern end of one of the most active stretches of the Norfolk coast, is one of the primary providers of sediment for beaches along the east Norfolk coast. The coastal part of the village is subject to frequent coastal erosion: houses that used to be over 20 feet (6 m) from the sea now sit at the edge of a cliff and are expected to fall into the sea.

The cliffs at Happisburgh range in height from 6 to 10 m and are composed of a layer-cake sequence of several glacial tills, separated by beds of stratified silt, clay and sand (Hart, 1987; Lunkka, 1988; Hart, 1999; Lee, 2003). The soft material erodes rapidly. The video below illustrates how the layers of sediment that form the cliff are very fragile.

The civil parish shrank by over 0.2 km² in the 20th century by the erosion of its beaches and low cliffs. Groynes were constructed along the shore to try to stop erosion during the 1950s.

Sea defences were built in 1959 to slow the erosion. Changes in government policy mean that coastal protection in Happisburgh is no longer fundable from central government. The road (Beach Road) that leads into the sea is being steadily eroded.

A wooden revetment once stretched from Happisburgh to the Cart Gap seawall, but in 1990 a storm destroyed about 300 metres of it to the east of Happisburgh. The rate of erosion increased rapidly following the destruction of the wooden revetment. 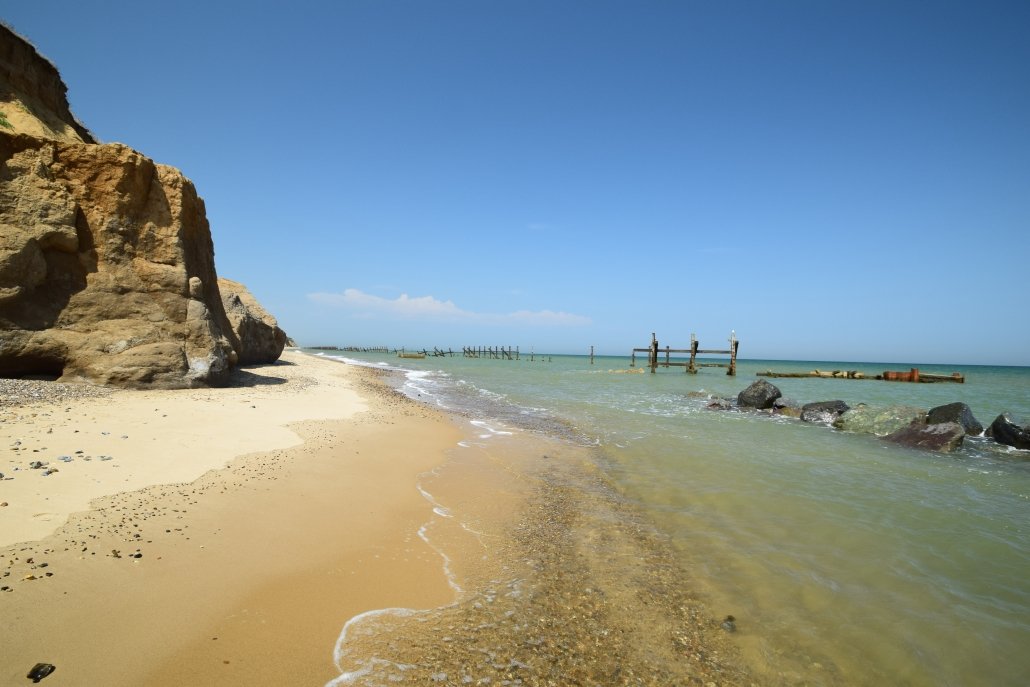 Remnants of revetments at Happisburgh.

In 1996 the remaining revetment was further damaged by storms, and another length was lost. At the time six cliff-top properties were lost.

In 2015 9000 tonnes of rock armour were re-aligned along the base of the cliff as they were at risk of being lost to the sea. The local council and donations paid for this.

Despite the rock armour providing some protection through absorbing wave energy, the soft cliffs are susceptible to mass movement, even during the summer. 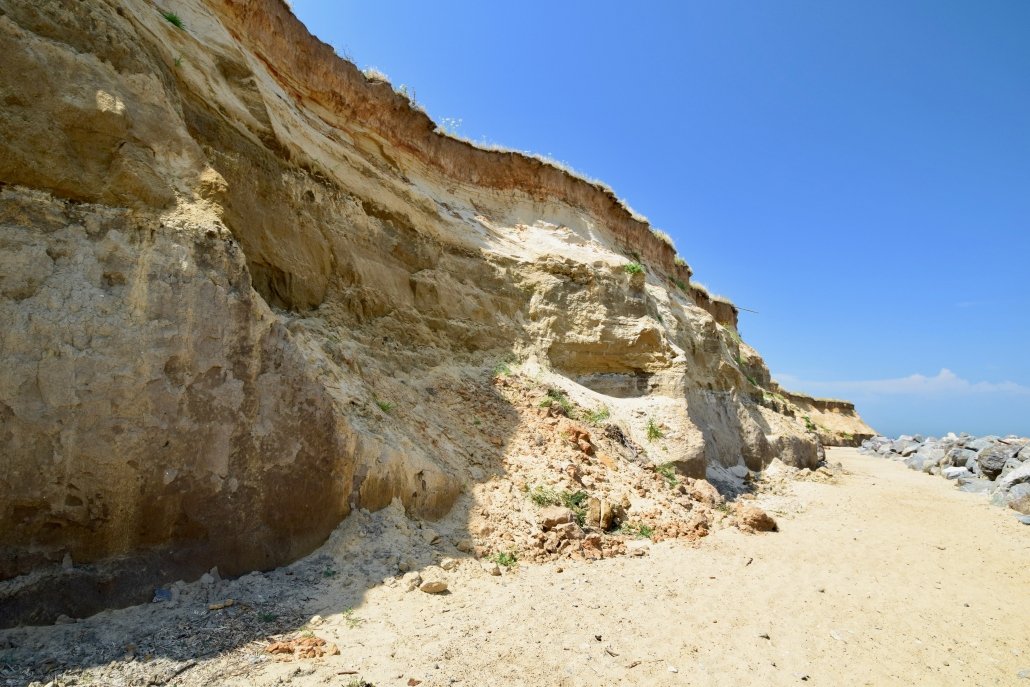 What is the future for Happisburgh?

Happisburgh is squeezed between firm defences to the north and south, a position that places even more pressure on the cliffs. It would take approximately £15million to close the gap in sea defences and protect Happisburgh. However, it is unlikely that long term, hard engineering defences will be installed at Happisburgh. An alternative, more sustainable solution could be to use the ‘sandscaping’ approach currently being trialled between Winterton and Bacton. Currently, however, this stretch of coast is being allowed to erode under a government policy called “managed realignment”. It means communities are being given time to move with some sea defences put in place. Ultimately, however devastating for those living there, nature will be allowed to take its course.

Nowhere in north Norfolk will be more impacted by erosion than Happisburgh, according to the Shore Management Plan for the area. It predicted in 2012 that by 2025 the top end of Beach Road, up to the public toilets would have been lost. The map below illustrates the extent of the predicted erosion along the Norfolk Coast.