What challenges have been caused by urban growth in Mumbai?

Chawls are a popular form of housing in Mumbai. These are overcrowded blocks of one small room and were built over 100 years ago. This type of accommodation is no longer built, but the remaining structures are still in demand because they are cheap to rent. 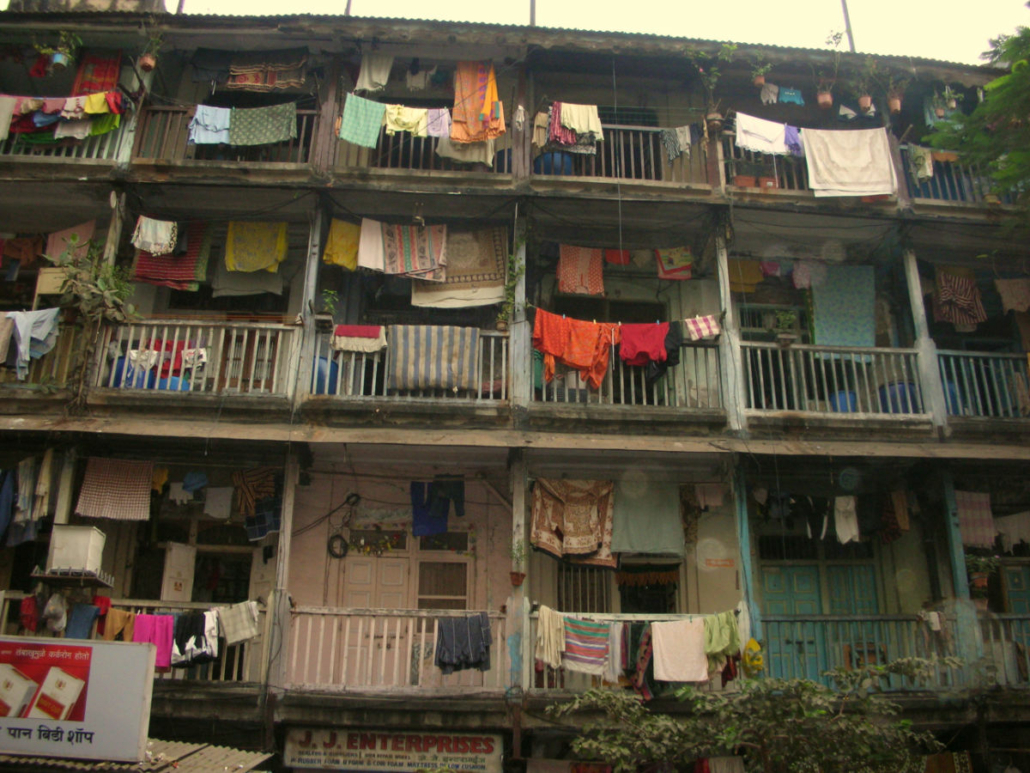 A chawl in Mumbai

Squatter settlements have grown rapidly in Mumbai, spreading onto private land. They are typically poorly constructed and overcrowded.

Dharavi is Mumbai’s and India’s biggest squatter settlement, with a population of approximately 1.2 million people crowded into one square mile. Many of the residents are second generation, living in small dwellings with many extended family members. 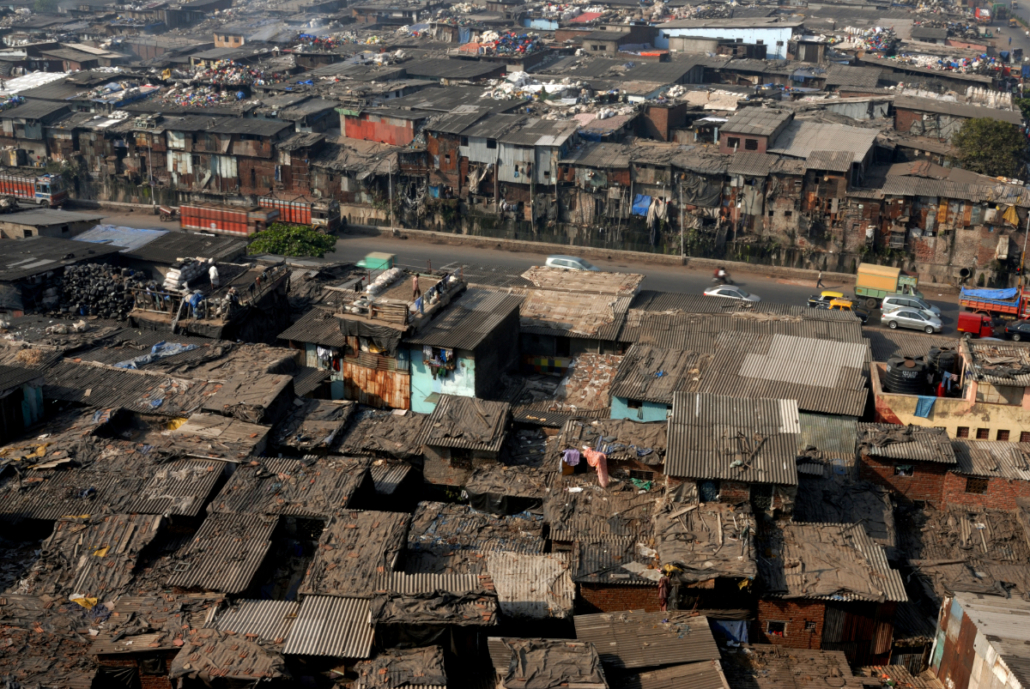 Dharavi lies between two railway lines on low-lying land, previously used as a rubbish tip. The settlement is made up of twelve different neighbourhoods, and there are no road signs. The further you enter the settlements, the more permanent and solid the structure become.

Conditions in Dharavi are challenging. People live by open sewers, and children play amongst the sewage waste. There is an average of 4,000 cases of typhoid and diphtheria each day. Access to freshwater is mainly by standpipes turned on at 5:30 am for two hours as water is rationed. There is an average of one toilet per 1,450 people. The average life expectancy is under 60 years old (compared to the national average of 69.27 years in 2020), due to disease and health concerns.

Sixty per cent of Mumbai’s population rely on communal taps. In some areas, access to freshwater is limited to standpipes from 5 am for two hours.

Only around sixty per cent of households are connected to Mumbai’s sewerage system, so many open sewers and polluted streams present a health risk. In the unplanned squatter settlements, there is on average, only one toilet per 1000 people. It is only the wealthier suburbs that typically have private water supplies. Factories heavily pollute the Mithi River, and 800 million litres of untreated sewage enter the river every day.

Recycling is common in Mumbai, with over 80% of waste recycled. Over 1000 people are employed in waste disposal. However, many people work in the informal sector, collecting waste from tips to earn money through recycling. An army of 120,000 rag-pickers – unofficial waste collectors – gathers anything reusable they find and takes it to Dharavi (slum settlement) for recycling in small-scale workshops. While the work is effective, it’s incredibly hazardous, with few units adhering to any form of regulation. Workers will sift through piles of festering rubbish with no safety equipment in extreme heat, with many children, aged as young as five, working alongside the adults for as little as £1 a day.

Rapid urbanisation has placed considerable pressure on Mumbai’s strained health and education services. Although the Sion hospital has grown, it has not been able to match population growth. Many people have to wait a long time to be treated.

Despite education provision improving, many schools are overcrowded, and there is a shortage of teachers. School drop-out rates are high, with many youngsters unable to continue education as they must work to earn money to help support their families. This is particularly the case in slums and squatter settlements.

Rapid urbanisation is the leading cause of unemployment in Mumbai. Economic growth has not been fast enough to create enough jobs for the available workforce. Underemployment is common (people paid less than they should be for their task, with poor working standards).

In Mumbai, there is a shortage of technicians and skilled engineers. Most people work in the ‘informal sector’, which are low paid, have little job security, and often work in dangerous conditions. These workers do not pay tax on their earnings to the government.

Crime rates are very high in Mumbai. It has the third-highest crime rate of all Indian cities. Nearly one-third of the population have been victims of crime. Corruption is rife, and 22.9% of citizens have been exposed to bribery. Fraud and cybercrime are also widespread.

Millions of tonnes of waste enter Mumbai’s Mithi River every year. In 2018 it was the state of Maharashtra’s most polluted river. Faecal coliform content (an indication of human and animal excreta) and biochemical oxygen demand (oxygen levels for aquatic life to survive ) of the Mithi river were above the safe limit. Human and animal excreta was almost 15 times the safe limit! Doctors deal with 4,000 cases of typhoid and diphtheria each day.

Many water pipes run close to sewers, with leakages causing water contamination, leading to the spread of water-borne diseases.

In 2020 Mumbai had the 6th highest level of air pollution in India. Many people in the city are dependent on public transport. Buses and trains are often overcrowded. Traffic congestion is a significant problem in Mumbai, and peak traffic times can last several hours. Air pollution is very high due to the high number of old, inefficient cars and there is also little regulation of emissions from factories.

The urban train and bus networks do not have enough capacity to meet the needs of the city. 3500 people die on Mumbai’s railway each year. Most deaths are caused by passengers crossing tracks, sitting on train roofs and being electrocuted by overhead cables, or hanging from doors and windows.

According to the environmental status report by the Brihanmumbai Municipal Corporation (BMC) in 2018, Mumbai generates 9,400 metric tonnes of waste per day, of which only 30% gets treated with a proper procedure, the rest gets dumped at the already overloaded landfills and dumping grounds.

What are Mumbai’s social and economic opportunities?

How is urban planning improving the quality of life for the urban poor in Mumbai?