What is relief rainfall?

What is relief rainfall?

Relief rainfall, also known as orographic rainfall, occurs in areas where land increases height. It is widespread on the west coast of the United Kingdom due to the prevailing weather coming from that direction.

Relief rainfall is formed when the air cools as it rises over relief features in the landscape such as hills or mountains. As the air rises, it cools, condenses and forms rain.

In the UK, prevailing winds from the west lead to air rising over upland areas like the Pennines. As a result, rainfall totals of over 1,600 mm per year occur in the west of the UK. The downwind or leeward slope receives a small amount of rainfall in comparison. 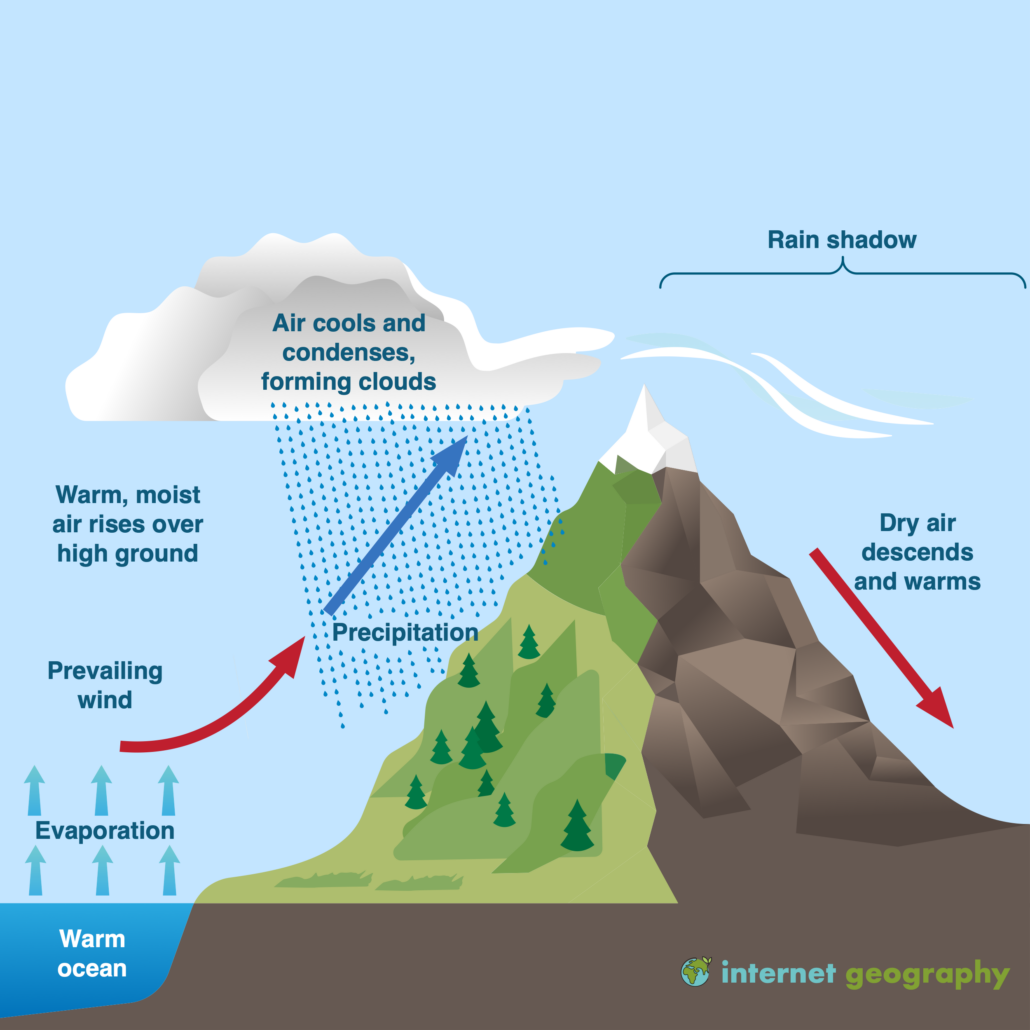 Stage 2.
As the air rises, it cools and condenses. Clouds form, and precipitation occurs.

As the air descends, it warms, meaning it can carry water moisture, so there is little rain on this side of the mountain. This area is known as a rain shadow.

Did you know rain also occurs as the result of weather fronts and convection?

What is frontal rainfall?