India’s population is estimated to be around one billion. India has one of the highest population growth rates in the world. In the last ten years, its population has increased by 181 million. If this growth rate continues it could become the world’s most populated country by 2020.

Kerala is a state in the southwest of India. Its Government has taken a very different approach in managing population growth. It has a population of approximately 32 million and is one of India’s most densely populated states but it has one of the country’s lowest birth rates. Its population growth of 9.8% per decade is less than half of India’s average (21.3% per decade). 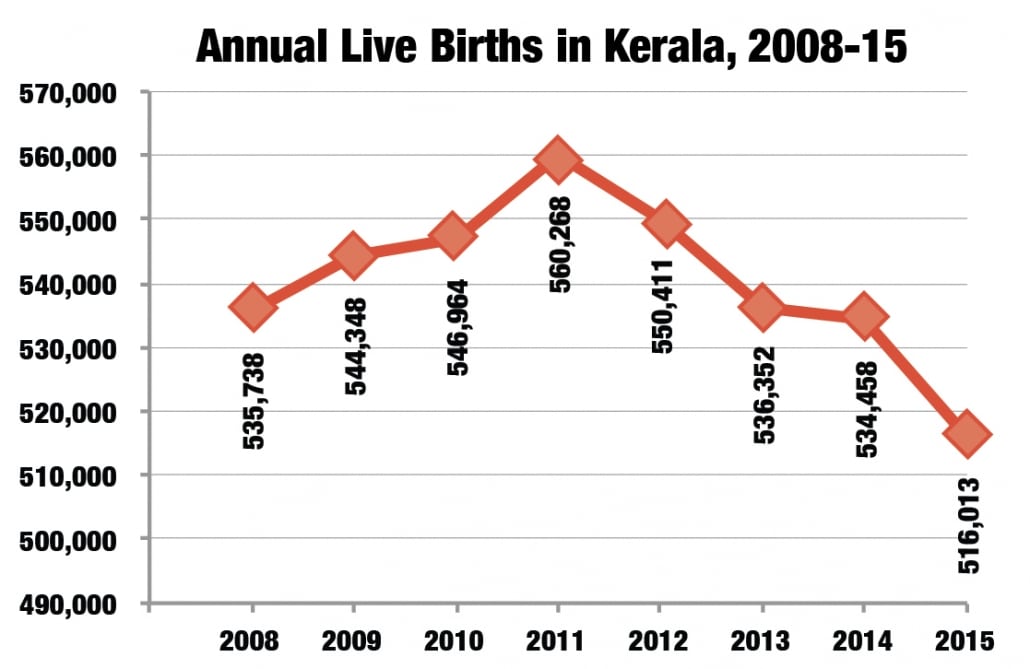 Not only have they encouraged the use of contraception but more significantly have created many social changes such as improving healthcare and education. In Kerala, the initiatives to reduce population growth include:

1. Women are being educated
Around half of all Indian women cannot read or write (illiterate). However, in Kerala 85% of women are literate. Better educated women are more likely to keep their children healthy. Therefore infant mortality has dropped. This has led to a drop in birth rates. If children are surviving families no longer have to have a couple of extra children to replace those that die.

3. Adult Education
The Government has provided adult literacy classes in towns and villages. With improved education comes an understanding of the benefits of smaller families.

4. Healthcare
Improving child health through vaccination programmes has led to a decrease in infant mortality so people no longer need to have as many children.

7. Retirement Benefits
Extra retirement benefits for those who have smaller families.

8. Land Reform
A land reform programme was introduced involving land being redistributed so that no one was landless. This meant no family was allowed more than 8ha and everyone could be self-sufficient. The relatively small landholding restricts family sizes.

Kerala has managed to control its population growth by investing in social changes while still allowing people the freedom to choose their own family size.