Tunisia is a North African country bordering the Mediterranean Sea and the Sahara Desert. It has a favourable climate with hot summers and mild winters. It has a range of cultural and historic attractions including the ancient city of Carthage and several Star Wars locations were filmed in the country. Other attractions include the Mediterranean beaches and the Sahara desert. It is accessible via good connections with Europe. 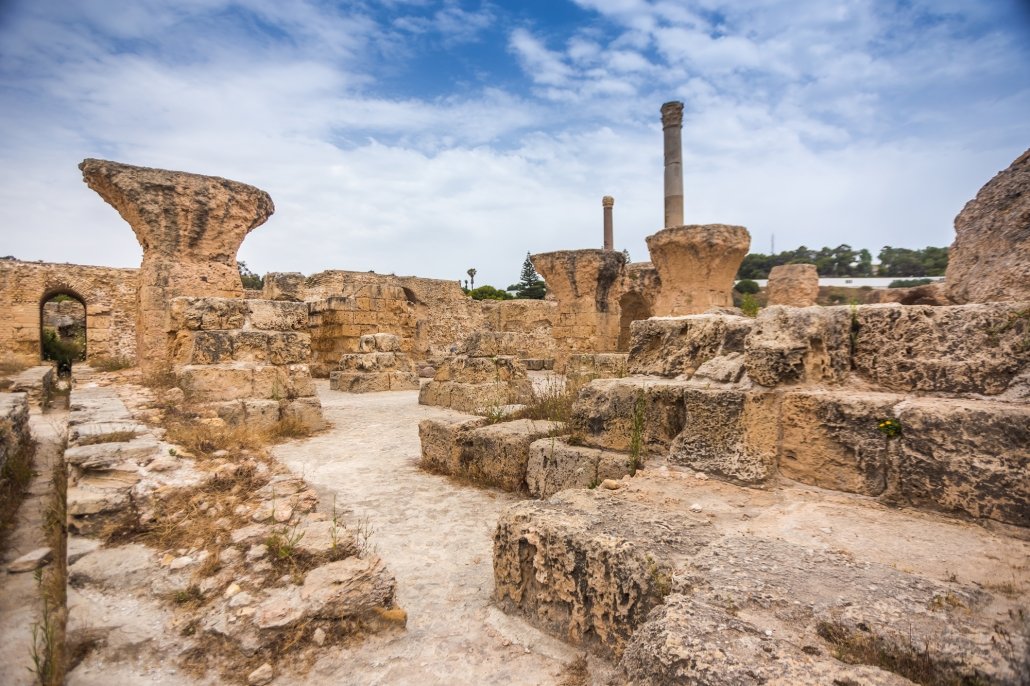 The ancient city of Carthage, Tunisia

How has tourism in Tunisia grown?

Tunisia experienced a year-on-year average growth rate of 1.14% for the time period 1976 to 2017. Since the recession in 2009, there has been an almost exponential growth in tourism in terms of the contribution of travel services to commercial service imports.

How has Tunisia reduced the development gap?

Over 370,00 jobs have been created in the tourism sector, boosting incomes and increasing the movement of money within the economy. The development of coastal resorts has benefited a range of local businesses including taxis, restaurants, shops and the construction industry. The growth of tourism has boosted the agricultural sector as demand for food has increased with tourist numbers. Due to the economic boost provided by tourism the government has been able to invest more money into education and health care. This investment has resulted in improved literacy rates and life expectancy.

How can the growth of tourism reduce the development gap? Jamaica Case Study