A bay located on the Dorset Coast.

Knowing the geology of the area helps understand how the bay was formed. The bedrock around Lulworth cove is sedimentary. This means it was originally laid down flat with layers of rock forming on top of each other. In Lulworth they are no longer like this. Tectonic movement of the Earth’s crust has led to the bedrock folding. The area is extremely important for its geology, with some of the finest folding strata in Europe. (see image below). 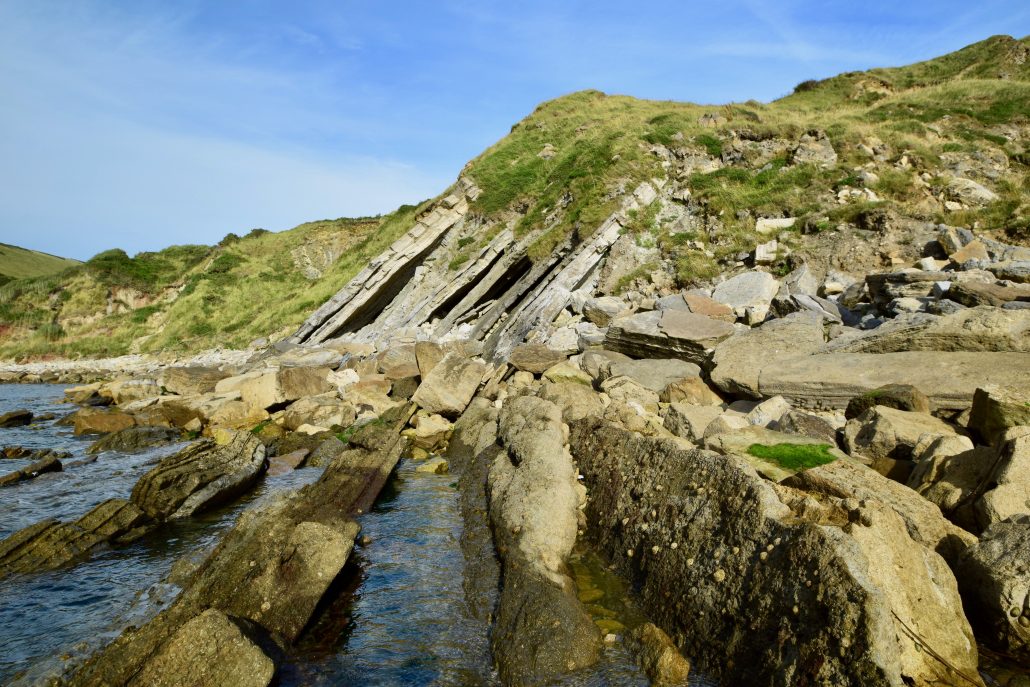 The rocks at Lulworth we lifted, twisted and and folded into their current position. They now lie with the oldest rock, the Portland Stone, nearest the sea and the youngest stone, chalk, furthest inland.

At the end of the last ice age, a river formed from glacial meltwater flowed overland to the sea. The river cut a valley and breached the portland stone. The rising sea flooded the valley and further eroded the cliffs to form the cove.

The entrance is a breach in the very resistant Portland Stone that about 120 metres wide.

The landscape around the cove is constantly changing – it continues to evolve behind a narrow Portland Stone entrance whilst the softer chalk exposures are eroded.