Hurricane Katrina is tied with Hurricane Harvey (2017) as the costliest hurricane on record. Although not the strongest in recorded history, the hurricane caused an estimated $125 billion worth of damage. The category five hurricane is the joint eight strongest ever recorded, with sustained winds of 175 mph (280 km/h).

The hurricane began as a very low-pressure system over the Atlantic Ocean. The system strengthened, forming a hurricane that moved west, approaching the Florida coast on the evening of the 25th August 2005. 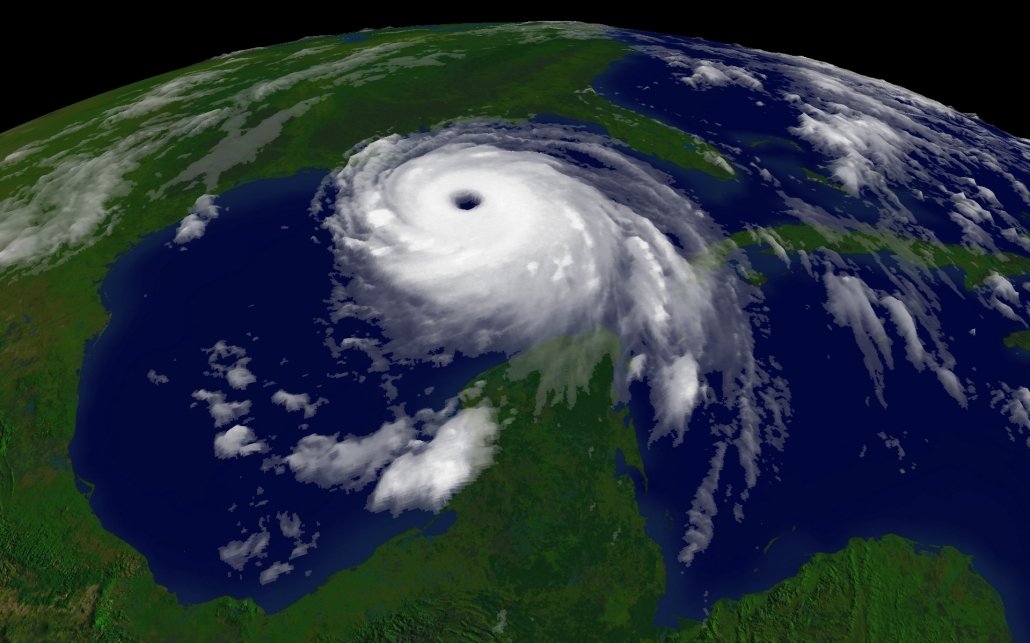 A satellite image of Hurricane Katrina.

Hurricane Katrina was an extremely destructive and deadly Category 5 hurricane. It made landfall on Florida and Louisiana, particularly the city of New Orleans and surrounding areas, in August 2005, causing catastrophic damage from central Florida to eastern Texas. Fatal flaws in flood engineering protection led to a significant loss of life in New Orleans. The levees, designed to cope with category three storm surges, failed to lead to catastrophic flooding and loss of life.

What were the impacts of Hurricane Katrina?

Hurricane Katrina was a category five tropical storm. The hurricane caused storm surges over six metres in height.
The city of New Orleans was one of the worst affected areas. This is because it lies below sea level and is protected by levees. The levees protect the city from the Mississippi River and Lake Ponchartrain. However, these were unable to cope with the storm surge, and water flooded the city.

$105 billion was sought by The Bush Administration for repairs and reconstruction in the region. This funding did not include potential interruption of the oil supply, destruction of the Gulf Coast’s highway infrastructure, and exports of commodities such as grain.

Although the state made an evacuation order, many of the poorest people remained in New Orleans because they either wanted to protect their property or could not afford to leave.

The Superdome stadium was set up as a centre for people who could not escape the storm. There was a shortage of food, and the conditions were unhygienic.

Looting occurred throughout the city, and tensions were high as people felt unsafe. 1,200 people drowned in the floods, and 1 million people were made homeless. Oil facilities were damaged, and as a result, the price of petrol rose in the UK and USA.

80% of the city of New Orleans and large neighbouring parishes became flooded, and the floodwaters remained for weeks. Most of the transportation and communication networks servicing New Orleans were damaged or disabled by the flooding, and tens of thousands of people who had not evacuated the city before landfall became stranded with little access to food, shelter or basic necessities.

The storm caused oil spills from 44 facilities throughout southeastern Louisiana. This resulted in over 7 million US gallons (26,000 m3) of oil being leaked. Some spills were only a few hundred gallons, and most were contained on-site, though some oil entered the ecosystem and residential areas.

Some New Orleans residents are no longer able to get home insurance to cover them from the impact of hurricanes.

What was the response to Hurricane Katrina?

The US Government was heavily criticised for its handling of the disaster. Despite many people being evacuated, it was a very slow process. The poorest and most vulnerable were left behind.

The government provided $50 billion in aid.

During the early stages of the recovery process, the UK government sent food aid.

The National Guard was mobilised to restore law and order in New Orleans.