What is the greenhouse effect?

To understand global warming you first need to know about the greenhouse effect.

Like a greenhouse, the atmosphere allows most of the heat from the Sun to pass through it to warm the Earth’s surface. Gasses then trap some reflected energy as glass does in a greenhouse. 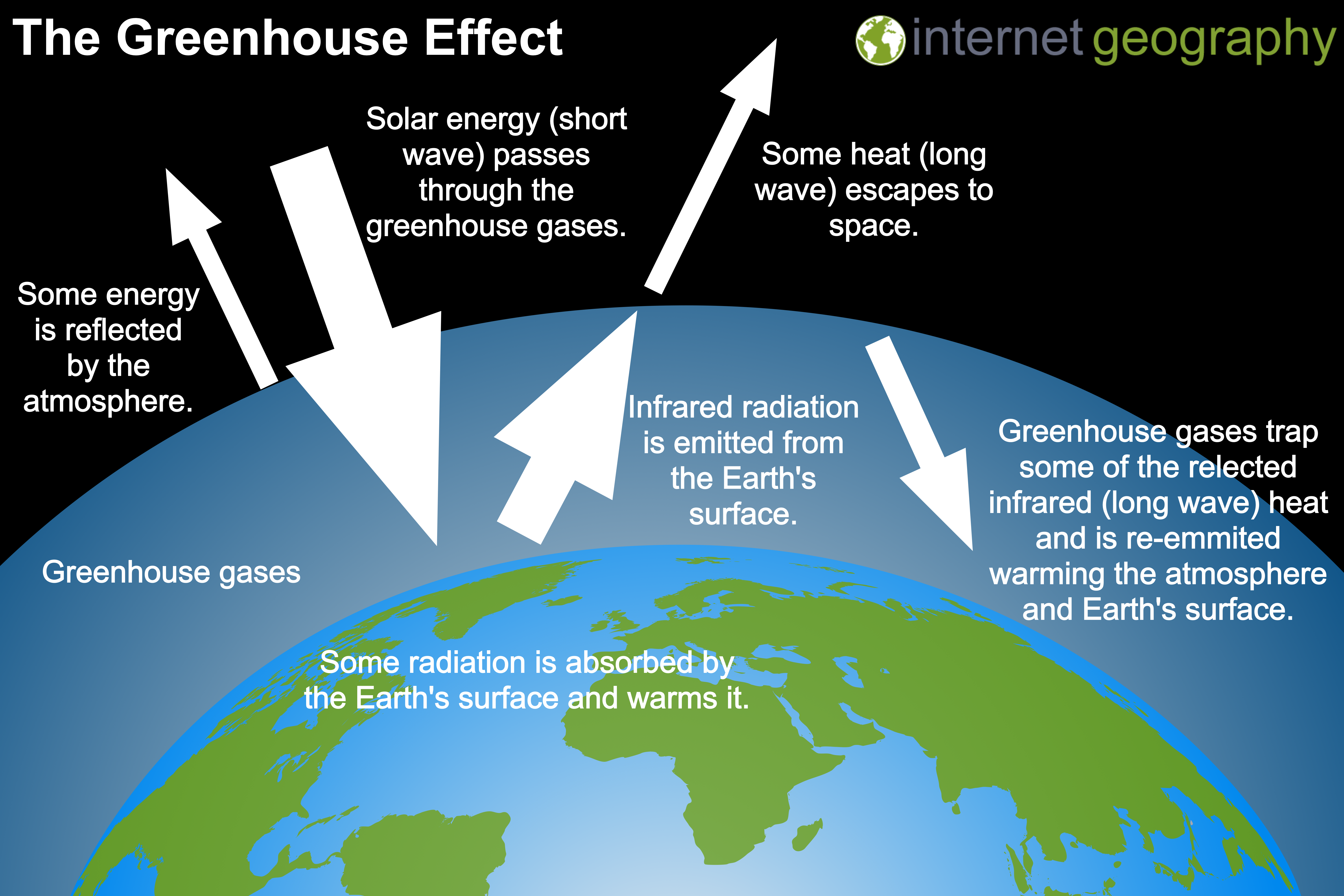 enters the atmosphere. The heat is reflected from the surface of the Earth as long-wave radiation. The natural layer of greenhouse gases allows some heat to be reflected out of the Earth’s atmosphere, but some heat is trapped by CO2 and methane, keeping temperatures warm enough for life on Earth.