Weathering is the breakdown of rock in situ. Weathering occurs along the river valley and channel sides. Mechanical, biological and chemical weathering can all happen in river landscapes. 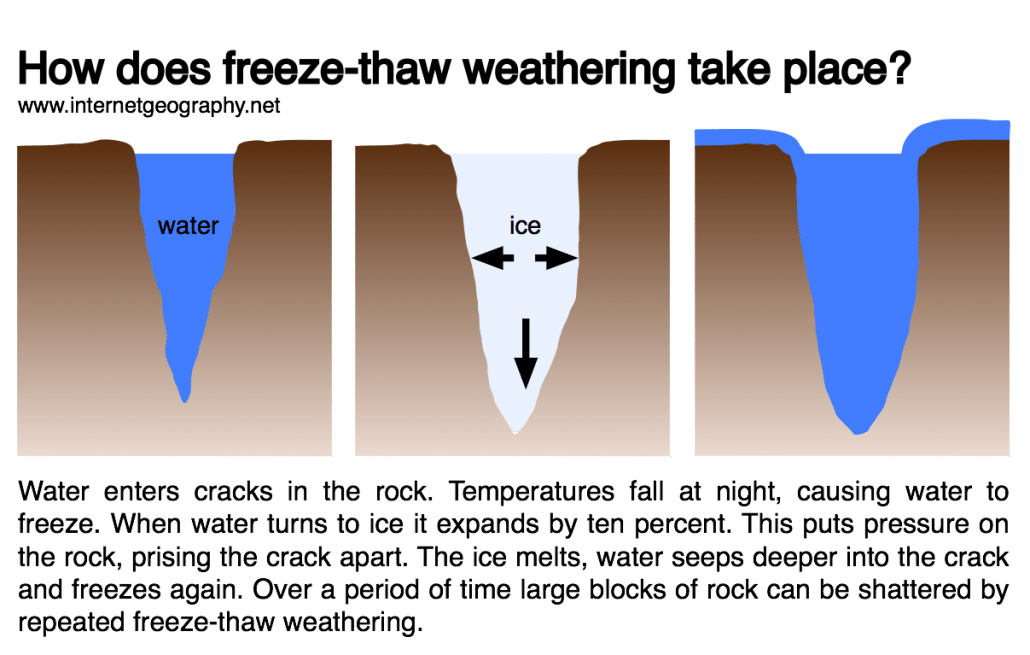 Chemical weathering involves the breakdown of rock caused by changes in its chemical composition. For example, some rocks consist of minerals that dissolve in water. Minerals are dissolved and washed away when it rains, breaking down the rock. This is known as dissolution weathering.

Carbonation weathering is another form of chemical weathering. The process involves slightly acidic rainwater reacting with minerals, causing them to dissolve, breaking the rock down.

Biological weathering involves rock being broken down by living things. An example of this involves plant roots breaking down rocks by growing in cracks and splitting them apart. The image below illustrates this. 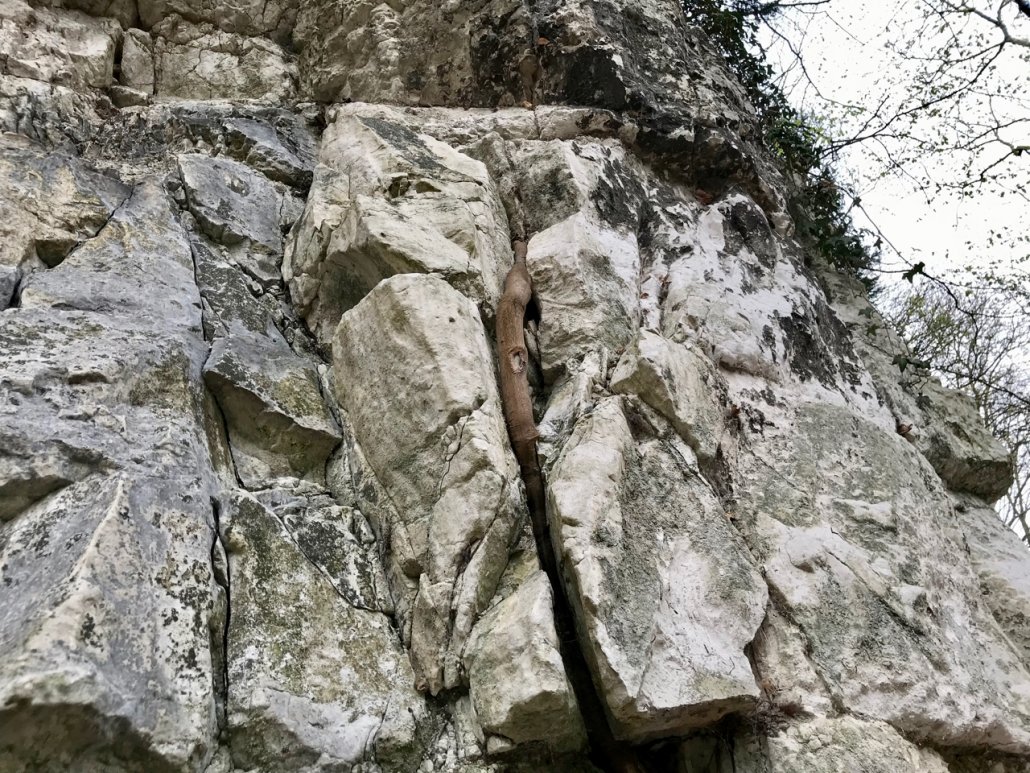 Mass movement is the down-slope movement of material under gravity. Slides and slumps are examples of mass movement in river landscapes. In slides, material moves in a straight line, whereas slumping moves with rotation.

When a river erodes the base of a valley side, it can cause undercutting. The material above is no longer supported, leading to the increased risk of mass movement occurring.

The additional weight of saturated soil and water lubricating the valley sides can increase the likelihood of mass movement occurring.

Mass movement is also more likely to occur when weathering processes are active in a river valley.

A mass movement can contribute additional material to a river’s load, increasing erosion along the river’s course and deposition in the lower stages.

How do rivers erode?