What are active, dormant and extinct volcanoes?

What are active, dormant and extinct volcanoes?

Volcanoes are found in three states – extinct, dormant and active. However, there is some disagreement between scientists about the definition of what an extinct, dormant and active volcano is. For most, an active volcano has experienced some activity within the last 10,000 years. The problem with this definition is that a volcano may have erupted some 3000 years ago but is unlikely to erupt again in the future. Others suggest that active volcanoes must be currently displaying some sort of activity and not limited to eruption. This activity could be the release of gases or frequent seismic (earthquake) activity.

The most active volcano in the world is Kilauea volcano on Hawaii.  This is followed by Etna in Italy and Piton de la Fournaise on La Réunion island.

A dormant volcano is said to not have erupted in the last 10 000 years but may erupt again in the future. Some believe that a volcano is dormant, rather than extinct, if there is some record of its past activity.

In comparison, dormant volcanoes have not erupted since the last ice age and are unlikely to erupt again in the future. However, it is very difficult to suggest a volcano will never erupt again in the future. One example of this is Four-Peaked Mountain in Alaska. This volcano was considered extinct until 2006 when it began exhibiting signs of activity and is now classed as dormant.

The image below shows the Kerid Crater, a dormant volcano in Iceland. 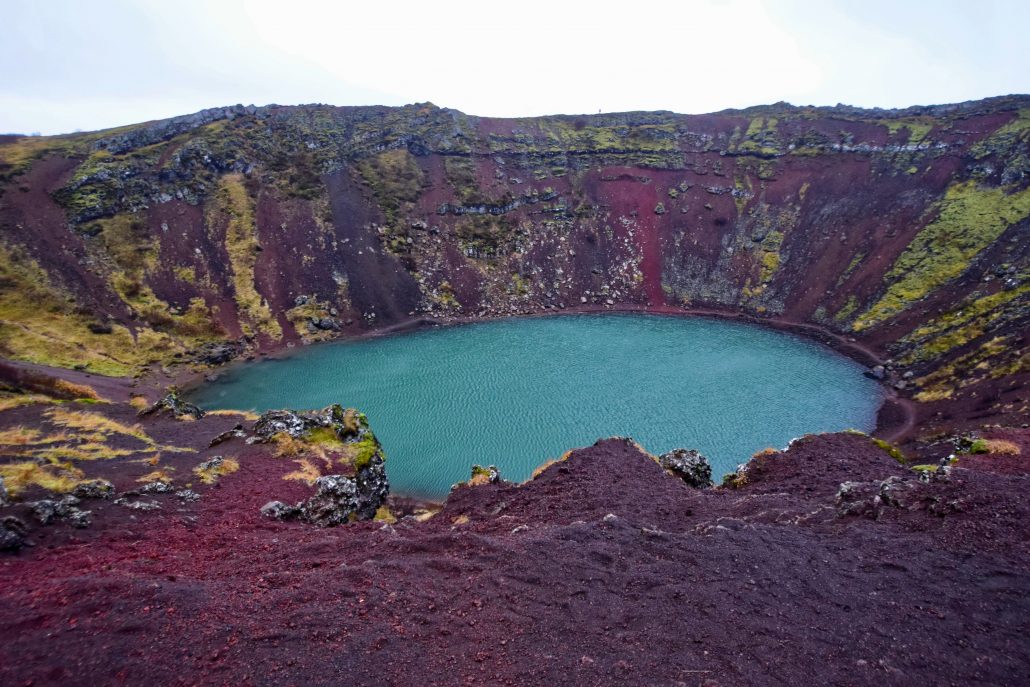 What is the
Ring of Fire?

What are the main
features of a volcano?