Why do earthquakes happen?

Why do earthquakes happen?

Earthquakes are caused by the movement of the Earth’s tectonic plates. Earthquakes occur where the earth’s plates meet along plate boundaries (see plate boundaries page for more information on this). For example, as two plates move towards each other, one can be pushed down under the other, into the mantle. If this plate gets stuck, it causes a lot of pressure on surrounding rocks. When this pressure is released, the stored energy is released producing shock waves like ripples on a pond. These are called seismic waves. When the energy reaches the surface of the Earth, they shake the ground and anything on it. This is an earthquake. 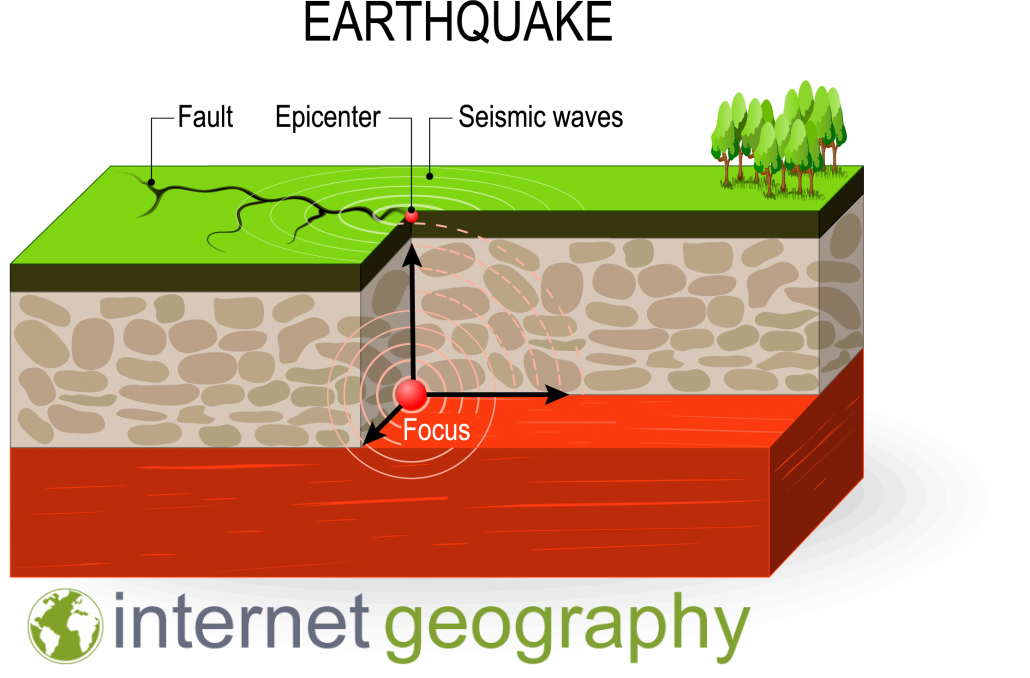 Cross section of an earthquake

The waves of energy spread out from the point where the earthquake started – the focus. More damage occurs near the focus. The point on the earth’s surface directly above the focus is the epicentre.

What is an earthquake?

What are the effects of earthquakes?