Births and deaths are natural causes of population change. The difference between birth and death rates is called the natural increase/decrease.

The Demographic Transition Model attempts to show how the population of country or region changes as it develops.

The model is divided into five stages. 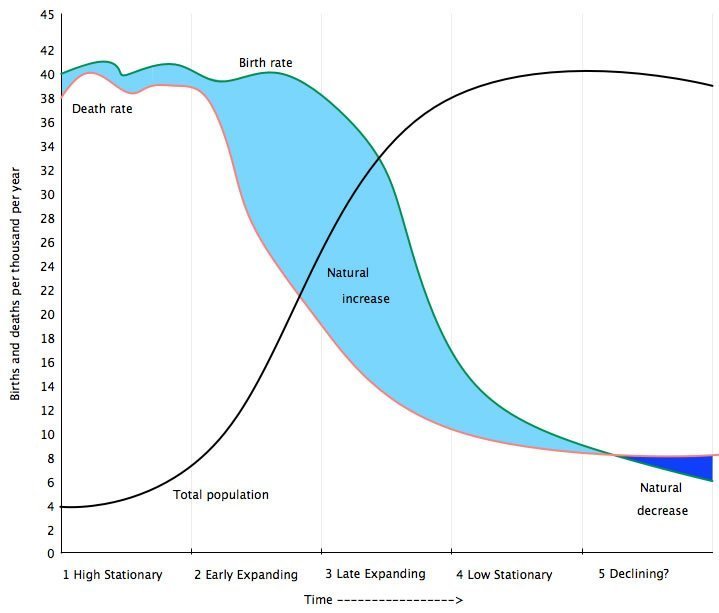 The Demographic Transition Model does not take into account migration, another factor that can cause the population to both increase and decrease.

Social impacts of a high rate of natural increase

Economic impacts of a high rate of natural increase

The impact of HIV/AIDS

There are several countries in the world where death rates are rising. One major cause of this is HIV/AIDS. This particularly affects the continent of Africa. In the 12 countries worst affected in Africa, 1 in 10 people between 15 and 49 are HIV positive. There are a number of impacts of this:

The main causes of a change in population size