What is the role of transnational companies in Nigeria?

What is the role of transnational companies in Nigeria’s oil business?

The Niger Delta region, an important wetland and coastal ecosystems, is home to Nigeria’s oil and gas industry. Nigeria’s oil boom took off during the 1970s. It relied on the expertise of large transnational corporations, including: 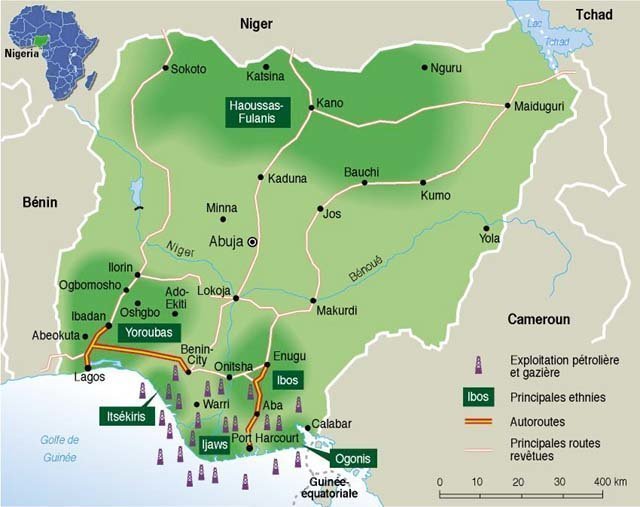 These multinational companies constructed oil and gas drilling platforms around the Niger Delta. Pipelines around the Gulf of Guinea, linked to these platforms, transport oil to large tankers that ship the oil to Europe and the USA where it is refined to produce petrol and other oil-based products. Transnational companies make far higher profits from refined oil.

In an attempt to keep more profits from oil within the country, the Nigerian government has set up the Nigerian National Petroleum Corporation (NNPC) to form joint ventures with TNCs.

What is the environmental impact of oil in Nigeria?

The Niger Delta region has experienced a range of environmental damage caused by the oil industry. Farmland has been damaged by leaking oil pipes meaning crops no longer grow in some areas.

Oil pollution from tankers and damage pipelines kills fish in the sea and the delta. When gas is burned off from the oil greenhouse gases are released, contributing to climate change. The process also causes respiratory problems for local people.

According to the Guardian, 40 million litres of oil are spilt in the Niger Delta each year compared to 4m in the US.

In the Niger Delta, the contamination of fish and crops has destroyed livelihoods, destroyed local employment opportunities and pushed many into militancy. Life expectancy in the Niger Delta is ten years below the national average.

A 2018 study by the Journal of Health and Pollution found that more than 12,000 oil spill incidents have occurred in the oil-rich region between 1976 and 2014.
Pipeline corrosion and tanker accidents caused more than 50 per cent of them. Other incidents have been caused by operational error, mechanical failure, and sabotage mostly from militant groups, the study said.

The government has established laws for the protection of the environment from oil exploration. However, for these to be effective, responsible agencies must effectively implement, enforce and monitor them.

Below is a video exploring the impact of exploiting fossil fuels in the Niger Delta.

De-ruralization of the Niger Delta: Reconsidering Rurality in the Urbanization Discourse from Sourav Kumar Biswas on Vimeo.

What are the advantages and disadvantages of TNCs?

Advantages of TNCs include:

Disadvantages of TNCs include:

How is Nigeria’s economy changing?

How are Nigeria’s trading and political relationships changing?