The Growth of Lagos

The rapid growth of the population and size and Lagos.

The Growth of Lagos

How fast Lagos is growing?

As we explored in the last section the population of Lagos is growing rapidly, though no one can agree on what the population actually is. Less than a million people lived in Lagos in 1960. By 1990 it reached four million, and around fifteen million by 2015. Estimates are higher at twenty million if the population of the surrounding area is included. 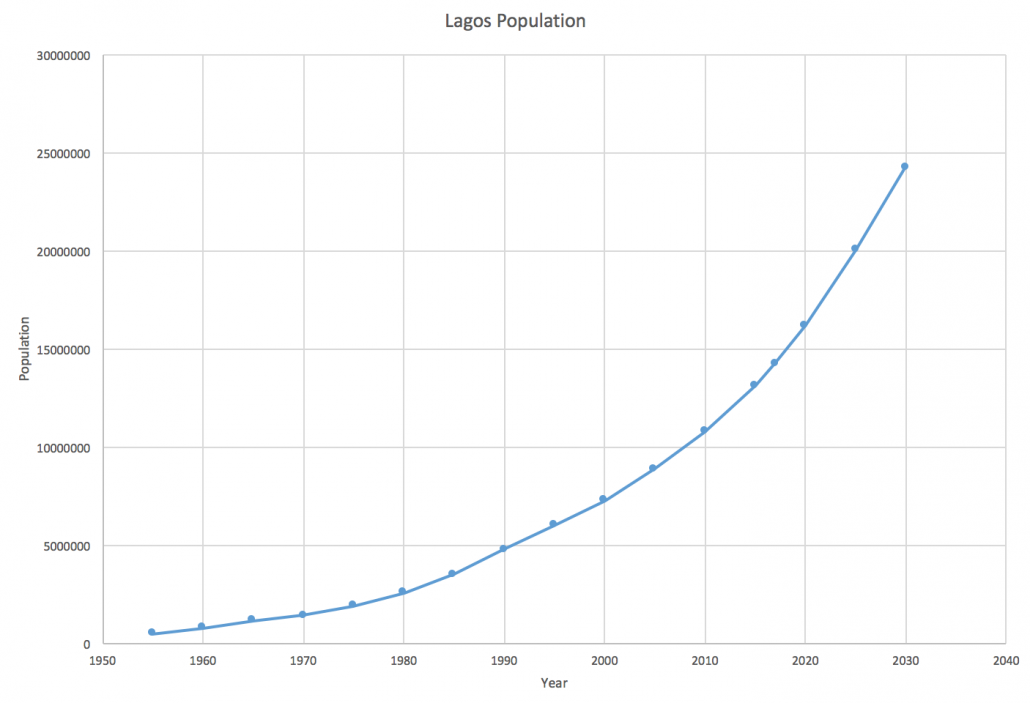 Lagos population growth. From 2017 these are estimates.

The physical area of Lagos has also grown as its population has. Lagos Island was the original site of the settlement. Since then the city has grown onto the mainland. Rapid urbanisation occurred during the 1970s during the oil boom. Many thousands of people migrated to the area seeking employment opportunities. The growth of Lagos continued into the 1980s and 1990s. 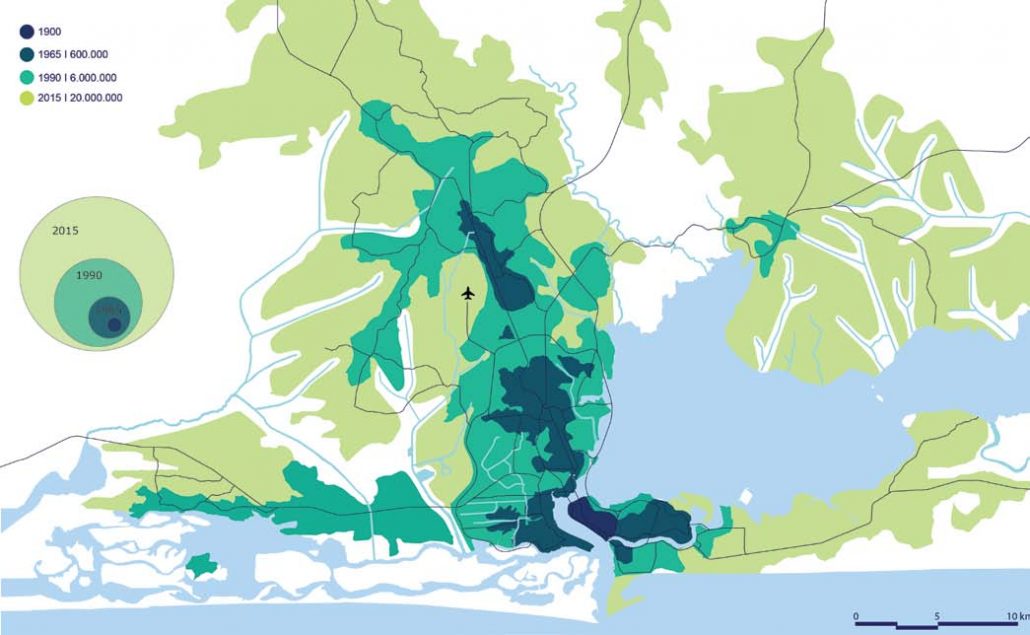 What are the causes of population growth in Lagos?

The main driver of growth in Lagos over the past 50 years has been rural-urban migration. People are encouraged to leave the countryside by push factors such as the lack of job opportunities and low wages. They are brought to the city by pull factors such as the prospect of well-paid work and the attraction of an urban lifestyle.

Another reason for Lagos’ population growth is the high rate of natural increase in the city’s population. This is due to the city’s youthful population since most migrants to the city are young. Nigeria is becoming an increasingly urbanised country. By 2015, just over half the population was still living in rural areas, but as rural-urban migration continues, the majority will be urban within the next few years.

How do push and pull factors lead to rural-urban migration?

Farming pays low wages but requires a lot of hard work. Few job opportunities exist other than farming. There is a land shortage due to population growth.

Despite urbanisation, the rural population continues to grow. The land is degraded due to farming and other activities. Land in the Niger Delta region is polluted by the oil industry. Political unrest creates insecurity. The terrorist group, Boko Haram, is active in the north of Nigeria.

Population of African cities to triple – The Guardian

Causes of population growth in Lagos