Opportunities and Challenges in the Sahara Desert

Explore the development opportunities and the challenges associated with these in the Sahara desert.

The Sahara desert is the largest hot desert on Earth. It stretches across many countries in north Africa including Egypt, Tunisia, Algeria and Morocco covering an area almost the size of the United States of America.

As for people, not surprisingly, the Sahara Desert has one of the lowest population densities on the planet. In the 3.5 million square miles of sands, mountains, and waterways live just 2.5 million people. Obviously, the population is the largest near lakes and rivers. 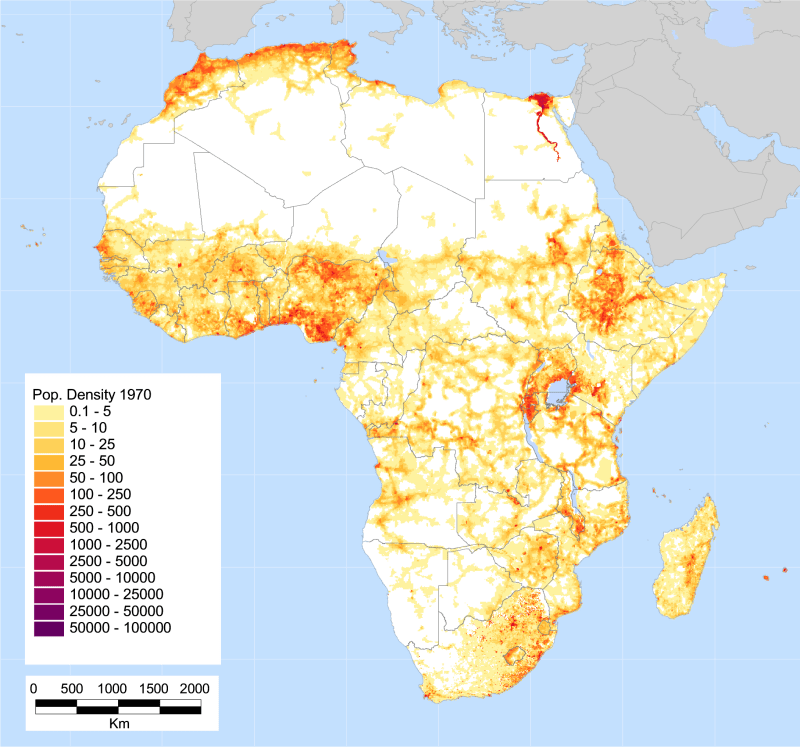 There are many development opportunities and challenges in the hot desert.

Opportunities for development in the Sahara

A common misconception about deserts is that they are areas that cannot be developed. When you picture a desert you probably see something like what is shown in the image below. 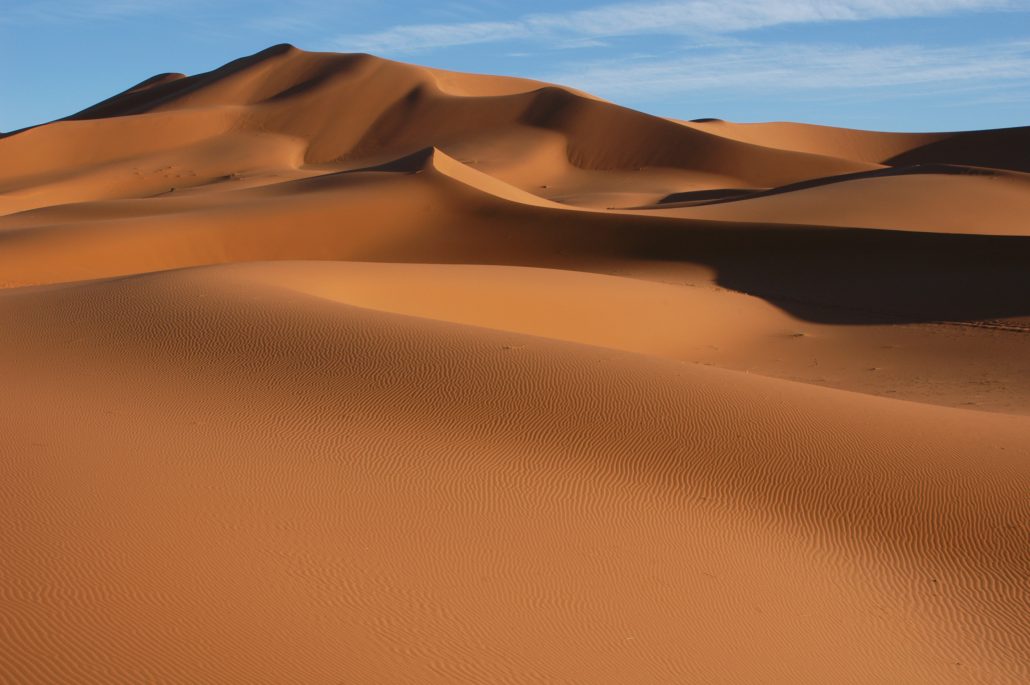 The sand dunes of Erg Chebbi in the Sahara desert near the village of Merzouga in Morocco.

However, the Sahara desert provides many development opportunities. These include:

Morocco is the world’s largest exporter of phosphate. Phosphate is used in cleaning products, batteries and fertilisers. There are also major iron ore deposits in Algeria. Uranium is widely found in the Sahara and has been particularly important in Niger.

Oil and Gas – Oil exploration and extraction is possible in the Sahara desert. 60% of Algeria’s income comes from the oil and gas industry. Major fields of natural gas are exploited in Algeria and Egypt, and minor fields exist in Libya and Tunisia.

The Sahara provides ideal conditions for generating solar energy. Cloudless skies and 12 hours of sunshine every day supports the generation of electric through solar panels. According to Forbes “We could power the entire world by harnessing solar energy from 1% of The Sahara”. Morocco is currently building one of the world’s biggest solar power plants in a project largely funded by the European Union. The huge 160-megawatt first phase of the Noor plant near the town of Ouarzazate contrasts with efforts by some other nations focused on tiny roof-top solar panels to bring power to remote rural homes.

Many people are fascinated by holidaying in extreme environments. Sand-boarding, cross-desert treks and and carting a popular attractions. Tourism in the Sahara remains on a small scale, with much occurring in cities on the edge of the Sahara. Locations within Tunisia and Algeria also prove popular with Star Wars fans wanting to visit desert locations featured in a number of films.

Commercial farming is limited to areas where there is enough irrigation water. This is water that is moved from one place to another. It can be done by building irrigation channels for water to travel along or by extracting water from under the ground, from large reservoirs of water called aquifers. They were discovered during exploration for oil and gas.

The Aswan Dam provides Egyptians with a year-round water supply through extensive irrigation.

Challenges to development in the Sahara

Although there are a number of opportunities for development in the Sahara the harsh conditions present enormous difficulties.

The Sahara has very low levels of rainfall. What rain does fall is unpredictable in terms of when and where it happens. Rivers usually only flow at certain times during the year.

Due to the development that is happening in the Sahara there is a growing demand for water for works, irrigation and industry. This is very difficult to provide due to the hot, dry climate.

Boreholes (a form of water well) are used to extract water from the underground aquifers. These have taken hundreds of thousands of years to fill so extracting water from them is not sustainable.

The Sahara covers a vast area. Often, air has to be used to transport people and materials which is very expensive.

Expensive pipelines have to be built to transport oil, gas and electricity from remote areas.

It is hard to provide services in remote regions therefore there is often a lack of medical care.

High temperatures in the Sahara present a threat to human life. With daily temperatures often higher than 40°C exposure to this kind of heat leads to death or illness. In addition to this healthcare may be a long distance away. The hot season is too warm for tourists so tourism is seasonal.

Opportunities and challenges in the Thar Desert