Climate change occurs as the result of both human and natural factors.

The greenhouse effect works by the atmosphere allowing heat from the Sun (short-wave infrared radiation) to pass through to heat the Earth’s surface. The surface of the heat then gives off heat as longwave radiation. Some of this heat is trapped by natural greenhouse gases, such as carbon dioxide, methane and nitrous oxide, radiating the heat back towards Earth, heating the Earth. 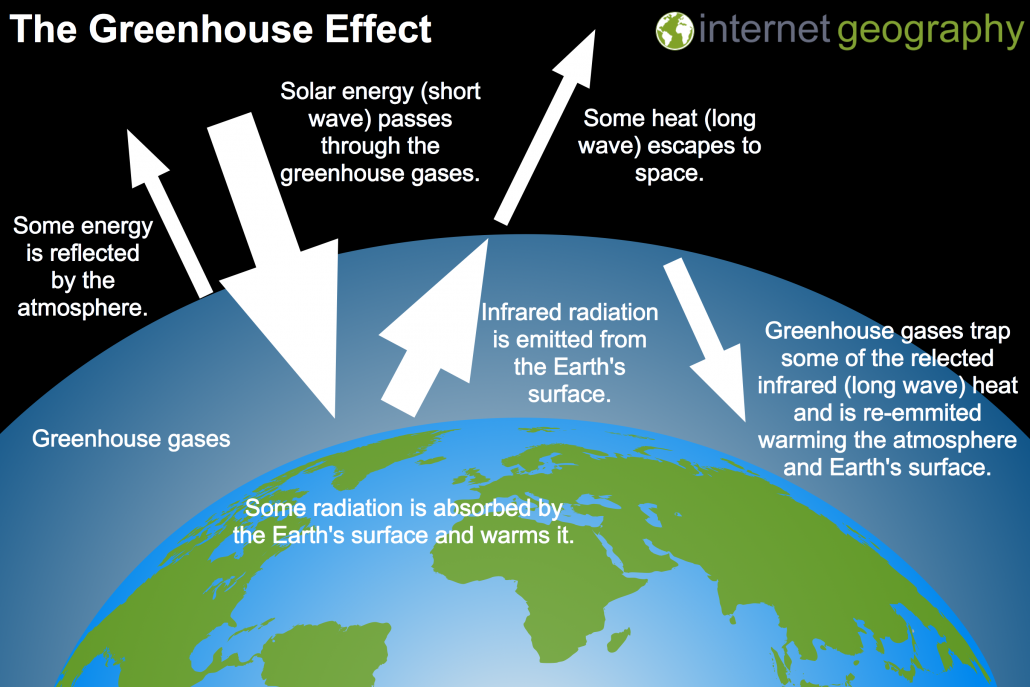 Human activities increase the volume of greenhouse gasses in the atmosphere leading to the enhanced greenhouse effect because increased greenhouse gases trap more of the infrared heat reflected by the surface of the Earth. Average global temperature increases due to this. 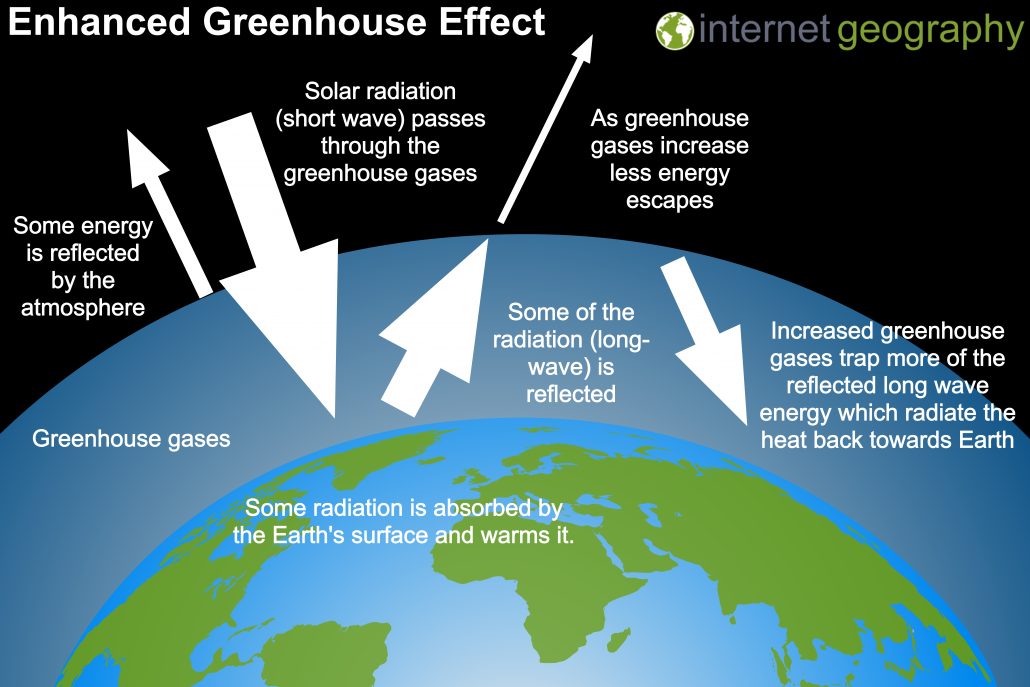 Human activities that lead to an increase in greenhouse gases in the atmosphere include:

As well as human activities, natural processes contribute to the enhanced greenhouse effect. These are:

Next: What are the effects of climate change?

What are the effects of climate change?