Can the risks of earthquakes be reduced?

Prediction, protection, planning and monitoring all attempt to reduce the impact of tectonic hazards.

Can the risks of earthquakes be reduced?

Earthquakes are natural hazards that can be unpredictable, but there are a number of strategies that are used to reduce the risk.

As earthquakes typically happen along plate margins, it is possible to predict the general locations where earthquakes are likely to occur. However, predicting the time, date, magnitude, and exact location is much more difficult. Technology is used to try to predict and monitor tectonic hazards. For example, radon gas detection is used to measure radon gas which can escape through cracks in the surface of the Earth. Seismometers are used to measure foreshocks (smaller earthquakes that happen before large earthquakes). The location of earthquakes and their times are mapped to look for patterns, and from the results, predictions are made about when and where the next earthquake might occur.

Animal behaviour is also monitored as they are thought to act strangely when an earthquake is about to happen.

Poorly constructed buildings tend to collapse much more easily than those that have been reinforced. The construction of buildings and roads that are more resistant to the impact of earthquakes is common, particularly in high-income countries (HICs) such as Japan. This is because they are wealthy enough to be able to afford this type of construction. Constructing buildings that withstand earthquakes is known as mitigation.  Although these buildings help reduce injury and death, they may need to be repaired following a major earthquake.

Constructing buildings to withstand the impact of earthquakes includes using seismic isolators, cross bracing, shear walls and counterweights. Seismic isolators or base isolators are shock absorbers in the foundations of buildings that absorb the tremors. The video below explains how they work.

Cross bracing involves reinforcing walls using two steel beams crisscrossing from corner to corner to brace the wall. Shear walls are concrete walls with steel bars in them to reduce rocking movements. Counterweights are rolling weights on the roof that help counteract the energy waves.

Planning and preparing what to do during and after an earthquake helps reduce the number of deaths and injuries as people are more likely to respond quickly and calmly. In some countries, people are encouraged to fasten down furniture, so they are less likely to fall over. Preparing emergency aid supplies and organising how they will be distributed helps in the aftermath of a tectonic hazard. 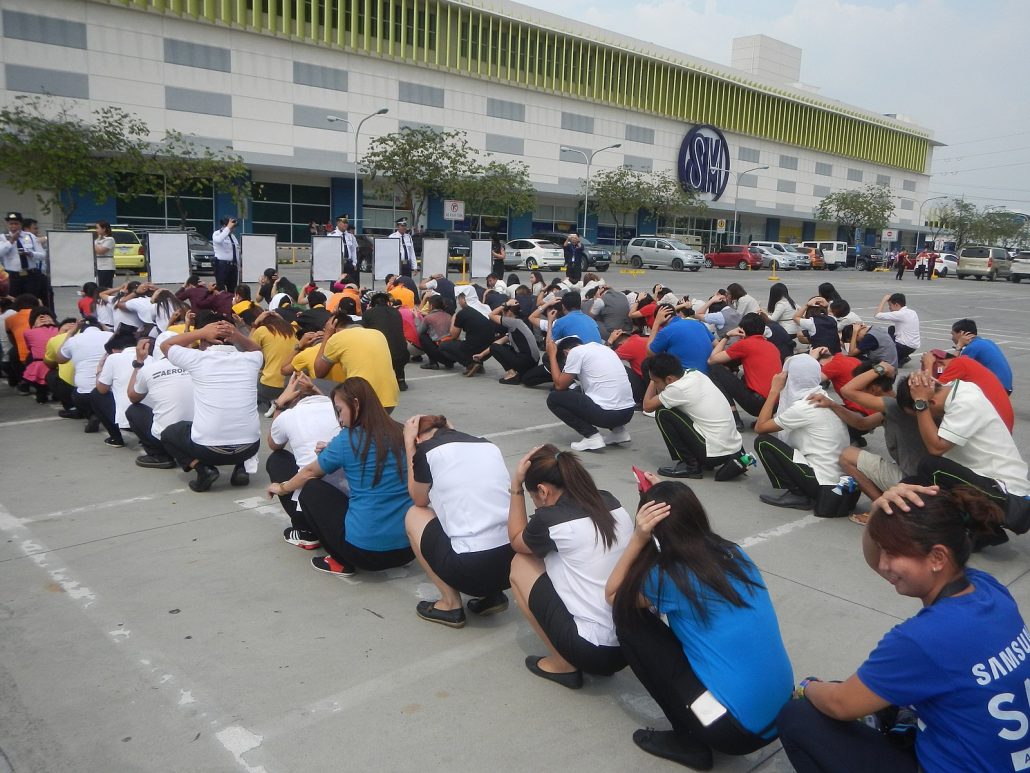 Earthquake drills happen in Japan on the 1st of September every year. This helps train people how to respond when an earthquake occurs. If residents know how to turn off gas, electric and water supplies, this helps reduce the risk of secondary effects such as fires.