Five factors affect climate. These are summarised below. 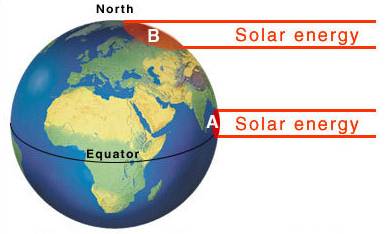 Temperatures decrease with height as the air is less dense and cannot hold heat as well. As a result, the temperature usually drops by 1°C for every 100 metres in altitude. 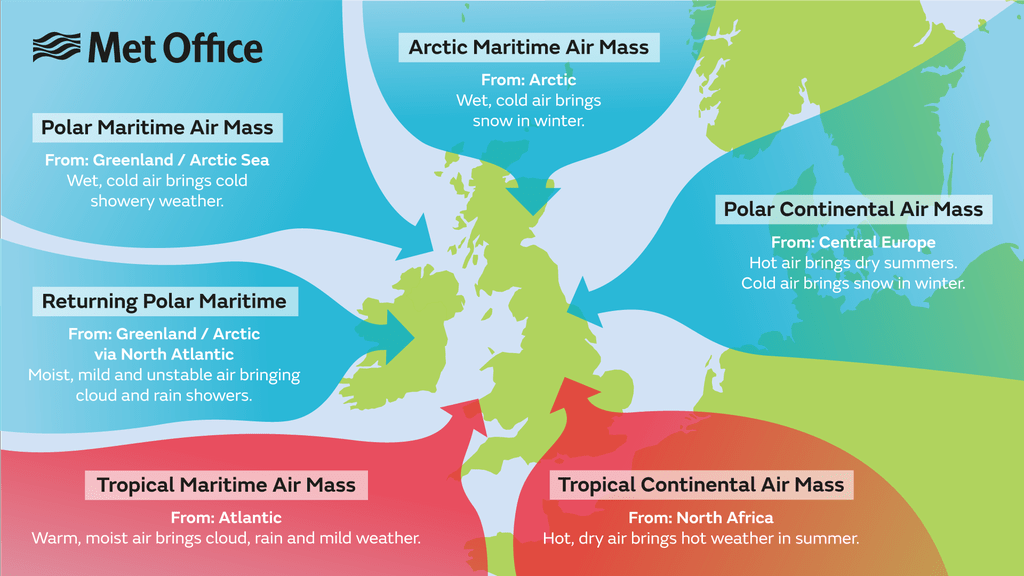 Distance from the sea (continentality)

Land heats and cools faster than the sea. Therefore coastal areas have a lower temperature range than those areas inland. On the coast, winters are mild, and summers are cool. In inland areas, temperatures are high in the summer and cold in the winter. Despite London and Moscow being on similar lines of latitude, London experiences much milder winters and cooler summers than Moscow due to its proximity to the sea.