The image below shows a swallow hole called Water Sinks, located close to Malham. Water is flowing from the left to the right of the image and disappears down the swallow hole. The swallow hole has been formed as the result of chemical weathering along a joint in the limestone bedding plane. 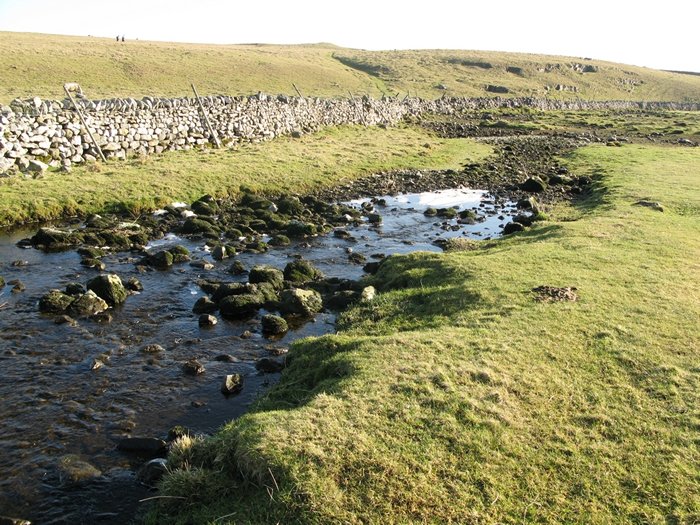 The video below shows Water Sinks.

Resurgence – when water flows down a swallow hole it flows underground along bedding planes and down joints. This continues until the water reaches an impermeable layer of rock. Water then flows over this until it re-emerges. This is known as a resurgence. Below is the resurgence at Malham Cove. You can see a video featuring this resurgence on the Malham page. 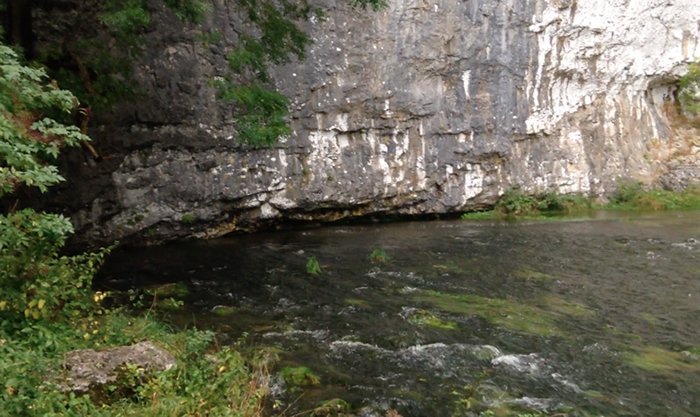 The resurgence at Malham Cove

Gorges – these are created where the roof of a large underground cavern collapses, to create a steep sided gorge with a river running in the bottom. An example is Cheddar Gorge. Another example is Gordale Scar gorge which is shown in the image below. 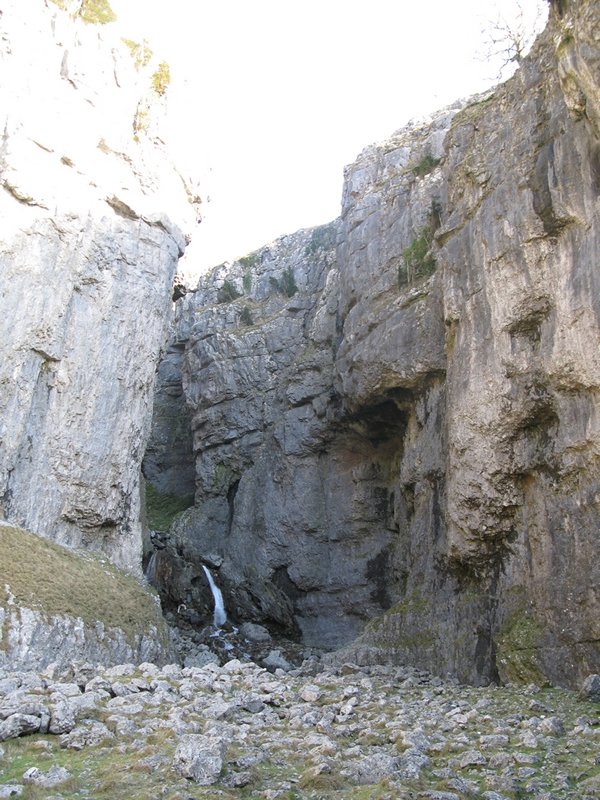 Dolines
Dolines are indentations in the surface of the ground which are formed when the roof of a small underground cave falls in.

Dry valleys
Dry valleys, such as Cheddar Gorge, were formed in periglacial times when the ground froze. As the land was frozen rivers ran over the surface of the limestone rather than flowing down through it. These rivers carved out steep-sided valleys. Once the climate had warmed again the rivers disappeared underground leaving a dry valley behind. These also are common features of Chalk landscapes. The image below shows Ing Scar, an example of a dry valley near Malham, Yorkshire Dales. 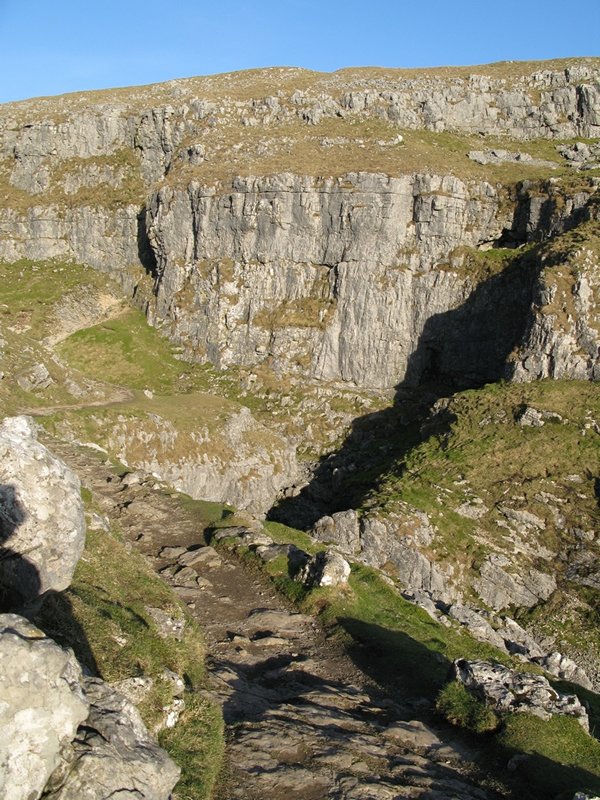 Ing Scar, an example of a dry valley

The video below shows a Watlowes Valley, a dry valley in the Yorkshire Dales, near Malham.

Clints and grykes – rainwater flowing over an impermeable surface will, on reaching (permeable) limestone, be able to dissolve the joints into grooves called grykes, leaving blocks or clumps of limestone in between called clints. You can see a video featuring these formations on the Malham page.