There is considerable evidence to suggest global warming is happening. Find out more below.

The Earth’s climate has constantly been changing since the beginning of time. It will continue to change in the future. The temperature of the Earth has fluctuated (increased and decreased) over the last few hundred years. Since 1950, however, there has been a significant increase in global temperatures, mainly attributed to the increased levels of atmospheric carbon dioxide produced by fossil fuels, commonly known as climate change.

The graph below shows changes in the global average (land and sea) temperature anomaly between 1948 and 2017.

Future temperature increases will depend on natural changes in climate and the volume of greenhouse gases being released into the atmosphere. Average global temperatures will continue to rise if greenhouse emissions continue at their current rate. Though some regions, such as the Arctic, will warm at a faster rate than others.

Photographs of glaciers taken years apart show that many of the world’s glaciers are melting and retreating. As well as melting valley glaciers, ice sheets are also in retreat in the Arctic. The increase in global temperatures is causing the widespread melting of ice.

The time-lapse video below shows the retreat of Chile’s Jorge Montt Glacier between 2010 and 2011. The video shows the withdrawal of nearly a mile in a year.

View dramatic before and after images of glacial retreat via Tree Hugger.

The image below shows scientists drilling for ice cores. 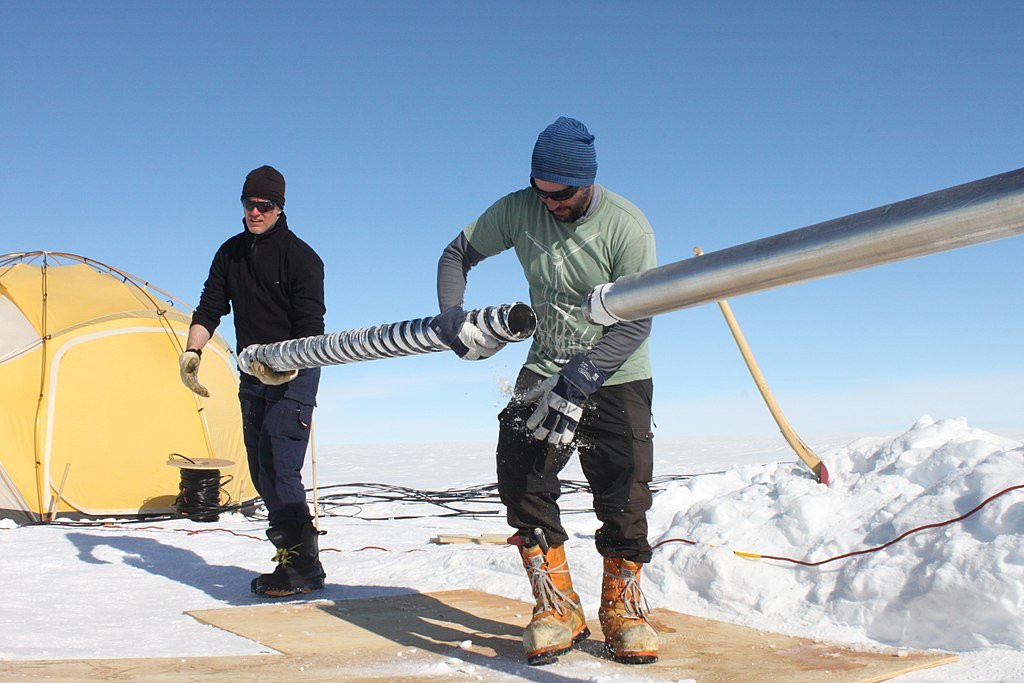 There is evidence of season shift over recent years. For example, with spring arriving earlier and winters being less severe, it can negatively impact nesting and migration patterns of birds and mammals.

Next: What causes climate change?

What is climate change?