The growth of Lagos has led to social and economic inequality.

As the result of urbanisation the gap between rich and poor in Lagos has widened. For some, the booming economy of Lagos has led to great wealth. Yet, over 60% of the population of Lagos live in squatter settlements (slums), such as Makoko. Many of the houses of Makoko are built on stilts above Lagos Lagoon. Most of the residents of Makoko earn as little as $1.25 per day (approximately £1), working in the informal economy. 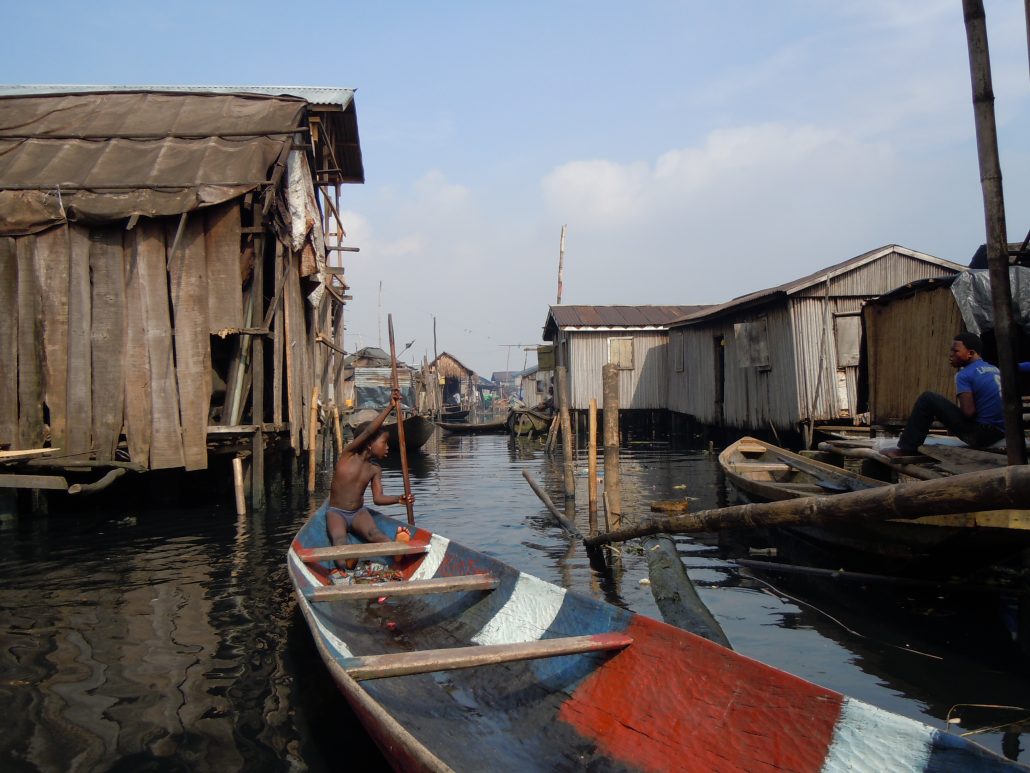 Makoko, a squatter settlement in Lagos

One consequence of the rapid growth of Lagos is that its infrastructure has struggled to keep up. However, steps are being taken to help develop Lagos’ infrastructure.
Transport
A rapid transit network in the city is currently being constructed.
Electricity
To tackle the city’s shortage of electricity two new power stations are planned. They will also be used to light city streets. Wealthy households use generators to provide energy during blackouts.
Water supply
Only the richest households have water piped to their homes. Others rely on public taps and boreholes. Alternatively, they buy water from street vendors.

How has urbanisation helped Nigeria to develop?