Glaciation is the study of ice and its impact on the environment.

The Ice Age in Britain lasted from about one million years ago to about 20 000 years ago. During that time the northern and eastern parts of the British Isles were covered in ice. Some places were under 3km of ice. 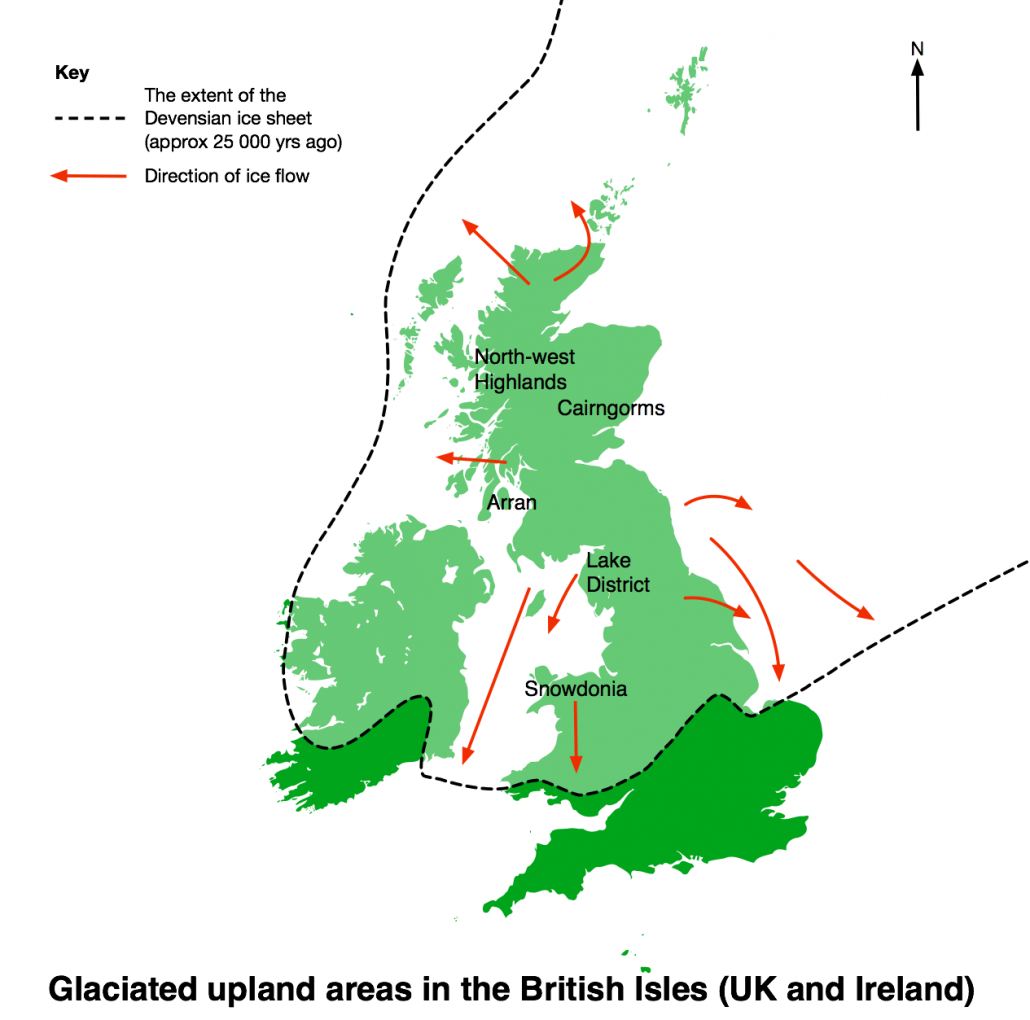 The extent of the late Devensian Ice Sheet

Large bodies of ice, called glaciers, flowed slowly from upland to low land areas. These glaciers carved new scenery. When the last ice age ended the ice melted revealing dramatic scenery. There are no longer any glaciers in the UK, however, areas such as the Lake District have spectacular scenery carved by the erosive power of ice.

In Europe, glaciers can be found in the Alps. The video below shows The Aletsch Glacier, the largest glacier in the Alps, filmed from the Jungfrau, Switzerland.

Find out how glaciers erode.