Cliffs are shaped through erosion and weathering.

Cliffs and wave-cut platforms are landforms of erosion commonly found along the coast. 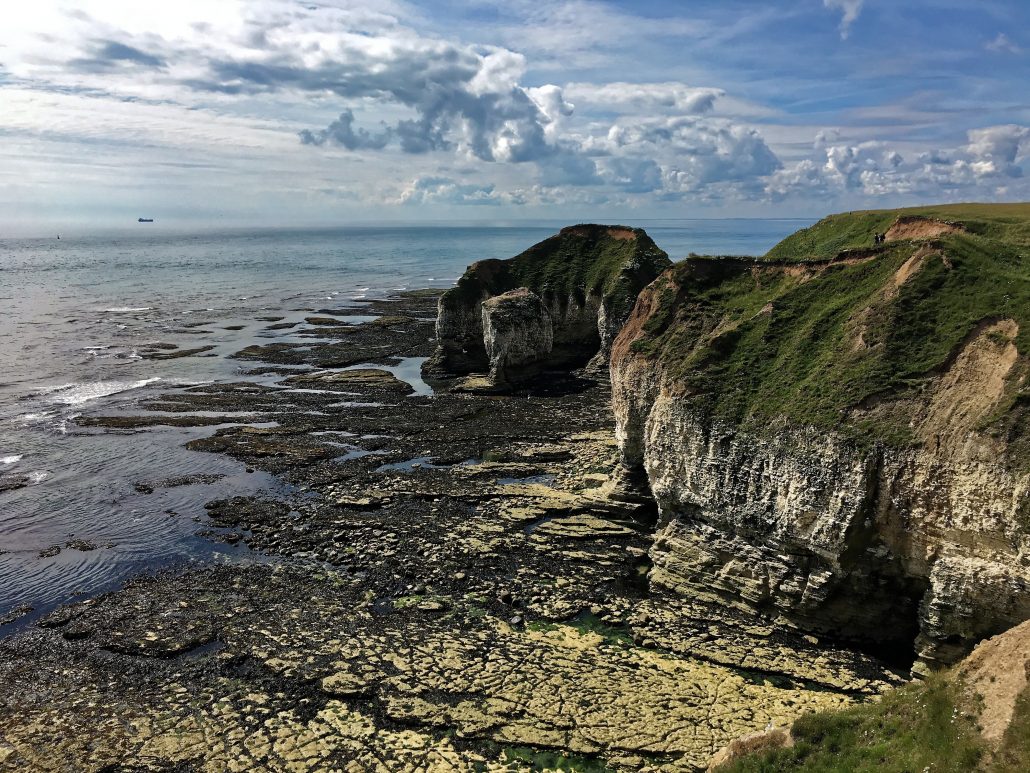 A wave-cut platform is formed when: 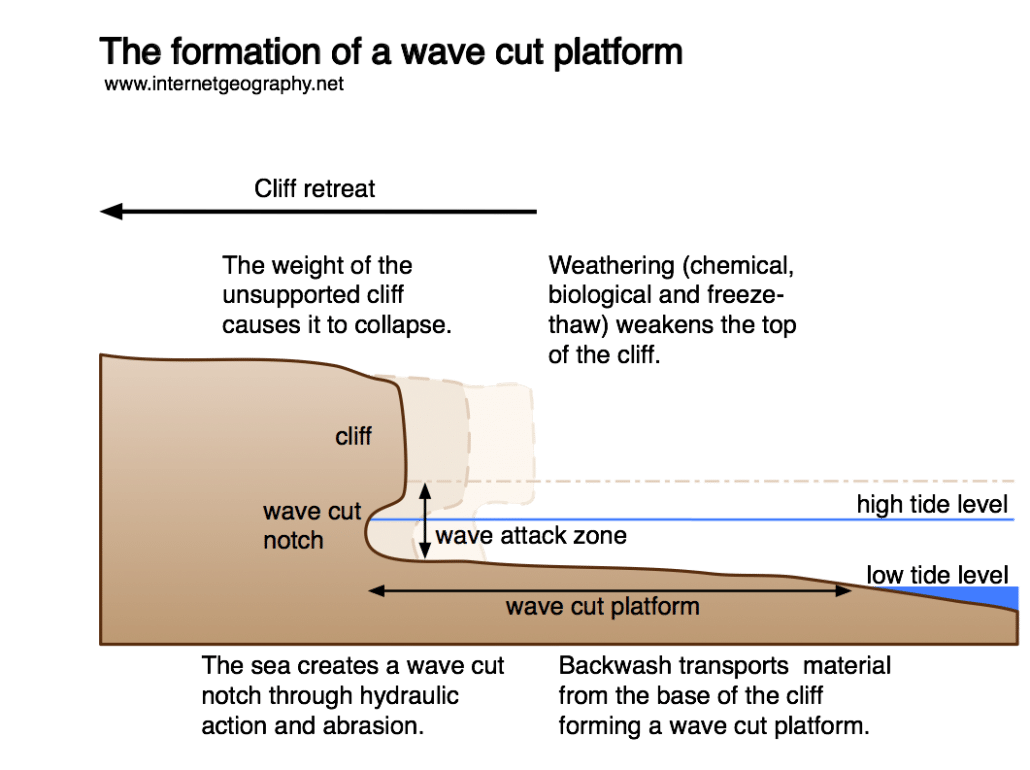 The formation of a wave-cut platform