A country which is over-populated – Bangladesh

Bangladesh is situated in both the eastern and northern hemispheres and is located on the Indian subcontinent in south-central Asia. Bangladesh is bordered by the Bay of Bengal, and the countries of India and Burma (Myanmar). 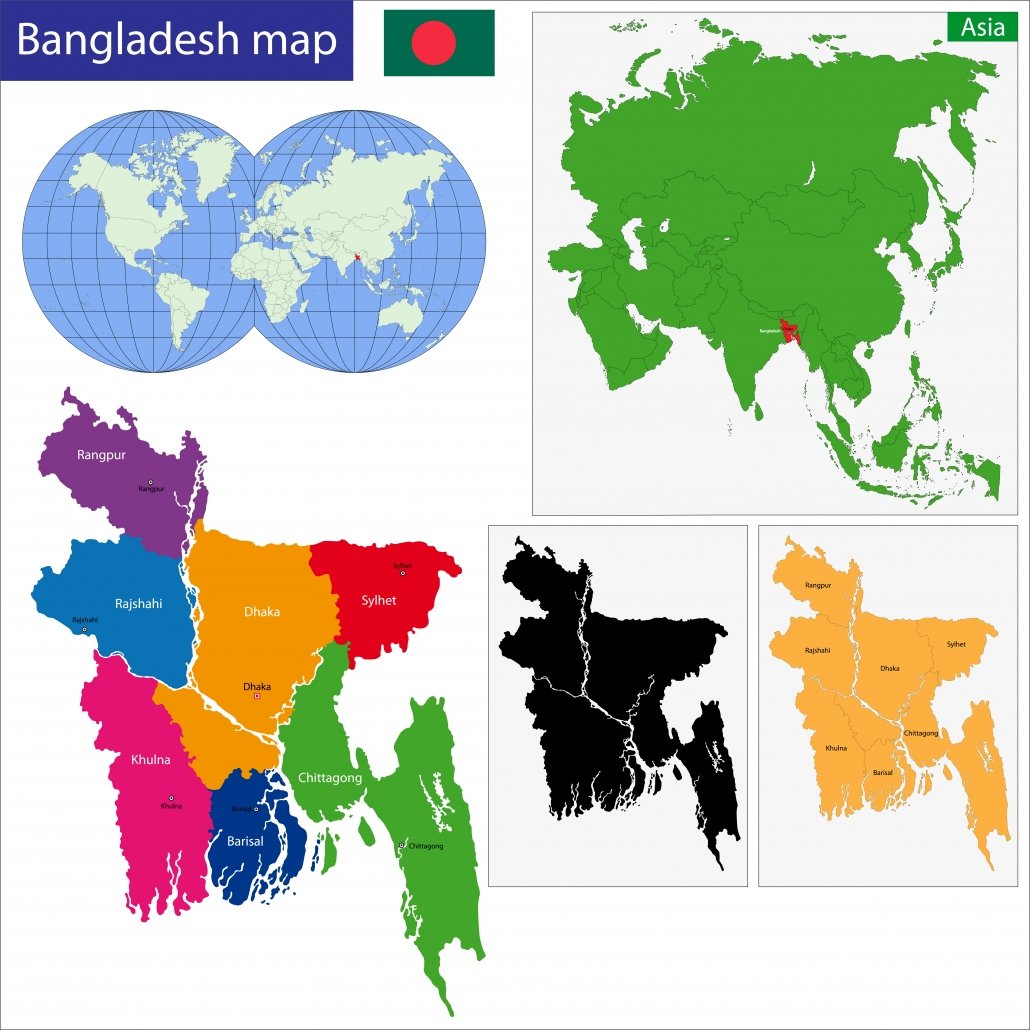 A map of Bangladesh

Low-lying Bangladesh is frequently flooded and affected by tropical storms. With few natural resources, the country depends on agriculture, with over 40 per-cent of the population working in this primary industry.

Bangladesh has the 8th largest population in the world with 163,317,317 or 2.11% of the Earth’s inhabitants living there in 2019. However, the country only has the 92nd largest land area which means population density is high.

With a high birth rate and a low death rate, as shown in the graph below, the population growth rate is around 1.04%. The result of this is over-population because Bangladesh has more people than its resources can support.

GDP per person is low in Bangladesh, meaning people do not generally have a good standard of living. The graph below illustrates the difference in GDP between Bangladesh and other countries. Despite rising rapidly recently, it is still significantly below other countries.

A significant number of people in Bangladesh are under-employed, meaning they don’t work full time. Wages are also low.

According to UNESCO Bangladesh has an adult literacy rate of just 72.89%. While the male literacy rate is 75.7%, for females is 70.09%. This is the result of no free or compulsory education system meaning few people have qualifications.

Access to healthcare is also poor in Bangladesh resulting in a high death rate and infant mortality rate.

In the future, Bangladesh will struggle to cope with its growing population. The main challenges the country will face include:

A country with a high rate of population growth – China

A country which is under-populated – Australia