A conservative (passive or transform as it is also known) plate margin involves two tectonic plates sliding past each other. The plates do not pass each other smoothly. Friction causes them to get stuck. Over time pressure builds up until the friction is overcome which results in the plates slipping.  When the pressure is released it sends out huge amounts of energy causing an earthquake. Earthquakes along conservative plate margins can be very large, up to magnitude 8, and leave plates ten metres away horizontally from where they previously stood.

Earthquakes at conservative plate boundaries can be very destructive as they occur close to the Earth’s surface. Following an earthquake along a conservative plate boundary, there are often aftershocks as the additional stress on other areas along the fault are relieved. These aftershocks can further damage already weakened structures and can often be as dangerous as the main earthquake.

There are no volcanoes at a conservative plate margin. 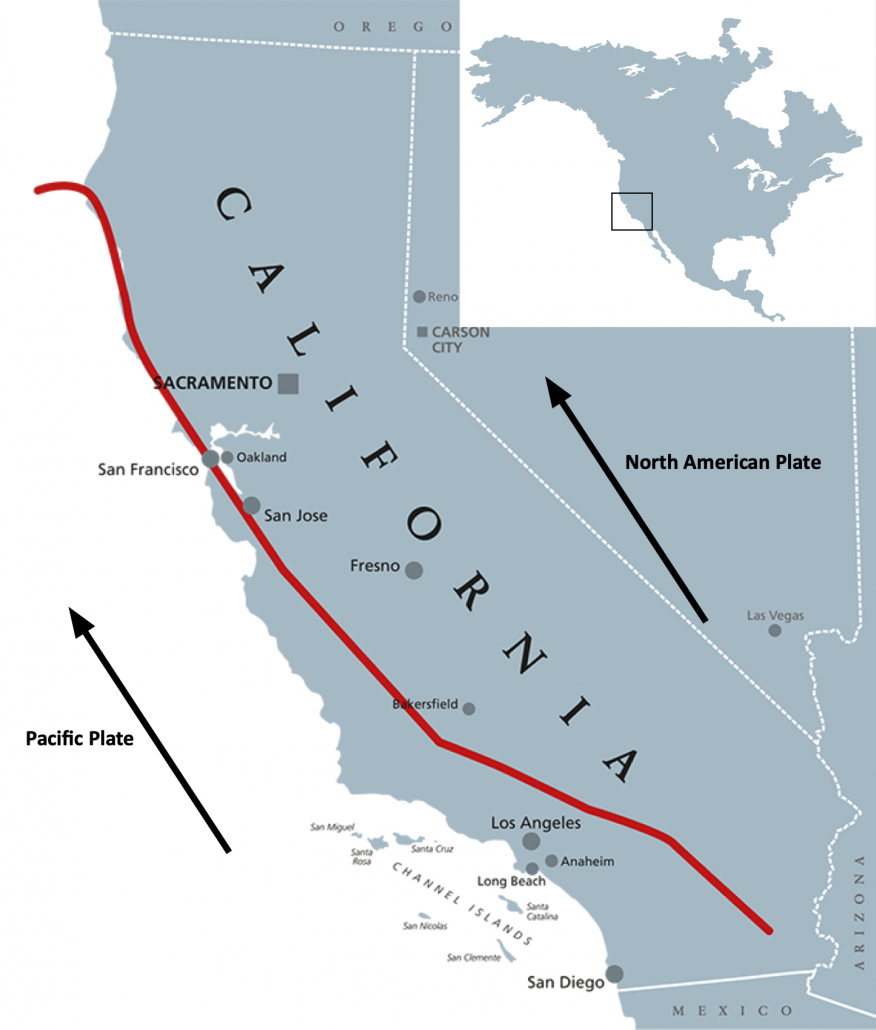 A map to show the San Andreas fault

The Pacific plate is moving faster than the North American plate. This movement has been between 30mm and 50mm per year over the last 10 million years. It is predicted that within 20 million years San Francisco and Los Angeles will be adjacent to each other, if the current rate of movement is maintained. 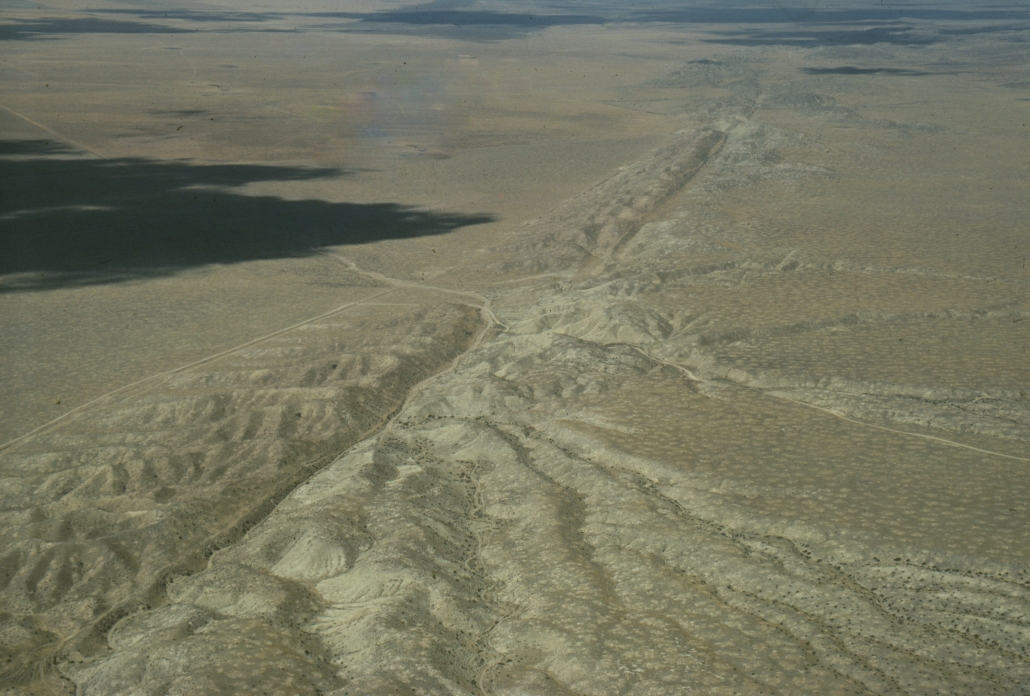 Find out about destructive and constructive plate margins.