During the 1960s scientists developed new strains of seeds known as high-yielding varieties (HYVs) which produced higher yields of crops such as maize and rice. This was known as the green revolution. Yields of maize, rice and wheat increased by 40% within 5 years of the introduction of HYVs and the development of chemical fertilisers, herbicides and pesticides to support growth. This led to a significant increase in production and a reduction in food prices which meant the growing human population could be fed. However, as the global population has continued to grow at an exponential rate, crop yields are not increasing at the same rate. As the result of this, there is now a new green revolution focussing on Africa rather than Asia. Biotechnology has played a major part in this new green revolution.

Biotechnology involves genetically modifying animals, plants and fish. In the case of plants, this means injecting genes from one plant to another to give the new plant some of the characteristics of the other. Popular modifications include creating plants that are resistant to herbicides, pests or diseases. By making plants resistant to herbicides means fields can be sprayed to kill weeds without affecting the crop. Other genetic modifications include:

•  increasing the shelf life of food

•  improving the flavour of food

•  increasing vitamins and proteins in food such as potatoes and rice

•  insect repellent crops which support the reduction of pesticide use

There is widespread concern about the effects of GM crops on human health and the environment. This is particularly the case in Europe where GM food must be labelled clearly. There is less concern in the USA and Australia where they are more common.

GM crops can improve food security in LICs where drought-resistant crops and nutritionally enhanced food can be used to meet the needs of rapidly growing populations.

The majority of GM crops are used as animal feed, fabric (cotton) and oil (canola). While these crops do not feed people or contribute to food security they do result in higher income for farmers due to greater yields. This leads to increased income which allows people to buy more nutritious food.

An example of this is in India where calorie consumption increases by 74 kilocalories per day for every hectare of GM cotton grown. This is because farmers’ income increases which means they can spend more money on food. Twenty per cent of farmers growing traditional cotton crops are food-insecure compared to 8% of those growing GM cotton.

Increasing global food supply can also be achieved by using appropriate technology. Appropriate technology must be relatively low-tech and practical for local people. In the past, aid schemes have provided technology in LICs that is impractical. This includes providing tractors and combine harvesters, however, they require fuel and specialist knowledge if they go wrong. This is often not appropriate because local people do not have the skills, knowledge and money required to use and maintain this technology. Therefore low tech solutions are more appropriate.

Aeroponics is an effective way of producing salad crops for exports. However, it requires a considerable amount of money to set up. This makes it inaccessible to many living in LICs. A more appropriate way of using the principles of aeroponics is to use a simple drip irrigation scheme. This involves water being pumped into pipes by a small diesel engine. This enables farmers to increase their food production and be able to maintain the machinery themselves. 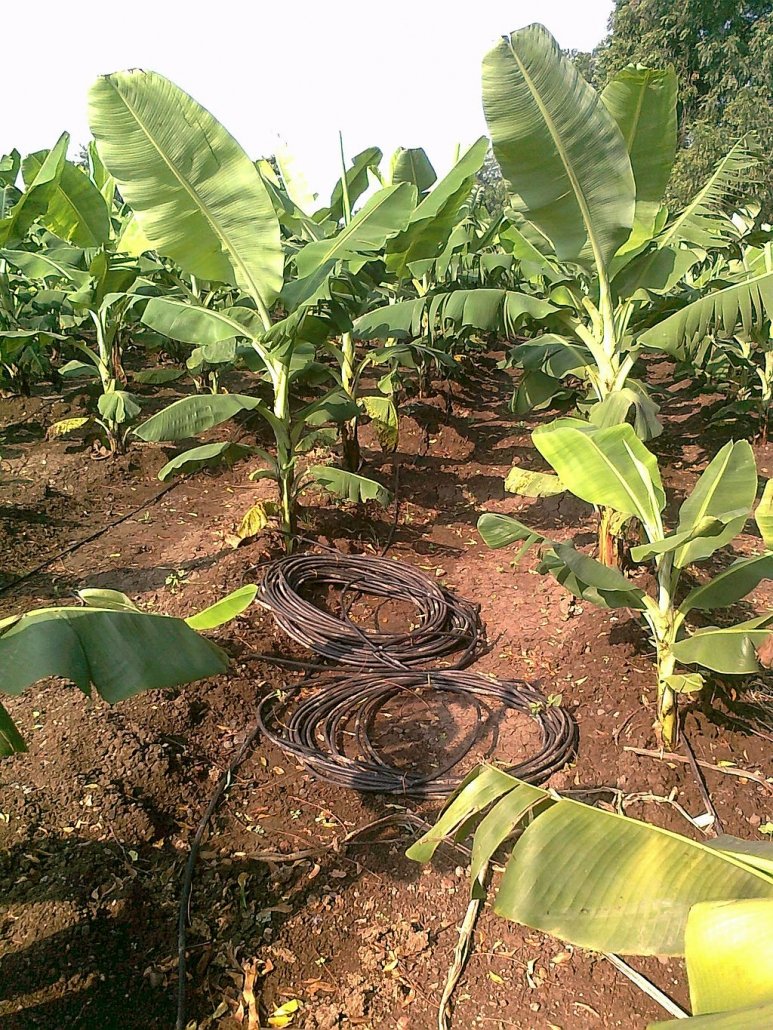 How can we increase the amount of food grown globally?