In 2009 an earthquake struck central Italy with devastating consequences.

On 6 April 2009, a magnitude 6.3 earthquake struck L’Aquila in central Italy, killing 309 people. The main shock happened in the early morning hours at 3.32 am when most people were sleeping, extensively damaging the 13th-century city of L’Aquila, located only about 60 miles (100 km) northeast of Rome. The earthquake was Italy’s most devastating since the 1980 Irpinia earthquake. 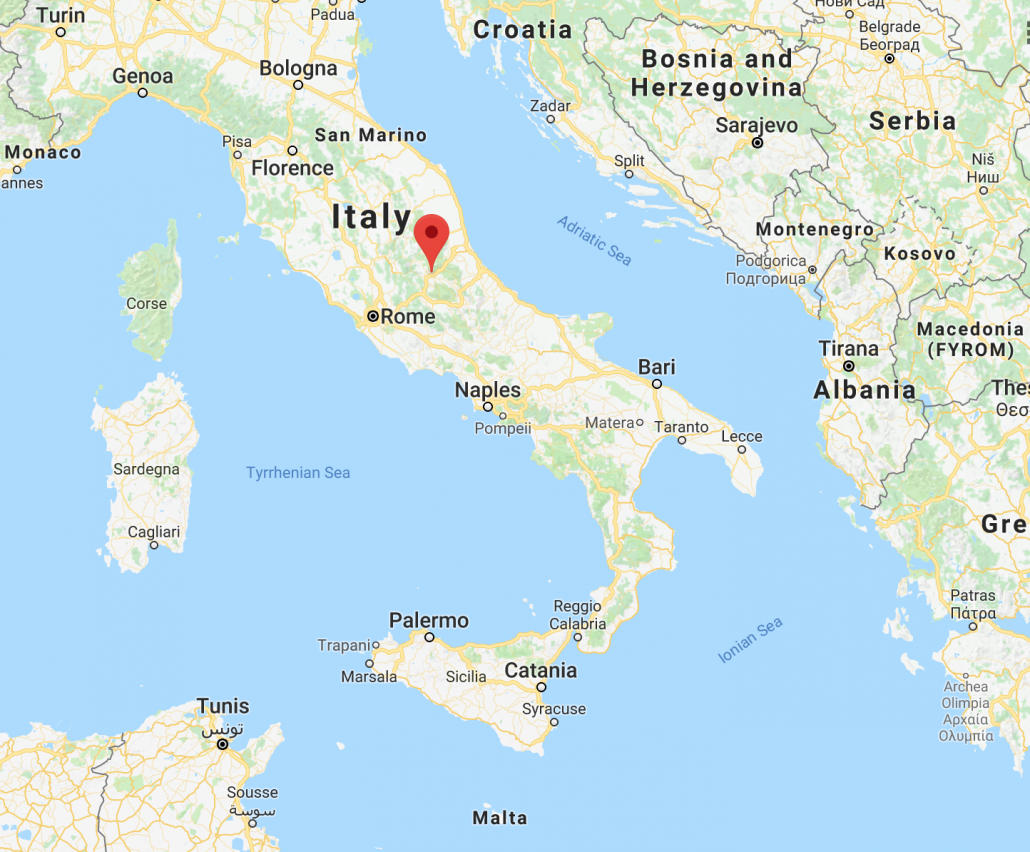 A map showing the location of L’Aquila, Italy.

The earthquake resulted from normal faulting on the northwest-southeast-trending Paganica Fault. Several neighbouring faults are related to extensional tectonic forces associated with the opening of the Tyrrhenian Basin to the west.

There had been several thousand foreshocks and aftershocks since December 2008, more than thirty of which had a Richter magnitude greater than 3.5.

The earthquake caused damage to between 3,000 and 11,000 buildings in the medieval city of L’Aquila. Many buildings also collapsed. Approximately 1,500 people were injured. Twenty of the 309 victims were children. In addition, around 40,000 people were made homeless.

The European Union estimated the total damage caused by the earthquake was US$1.1 billion.

L’Aquila’s historic buildings were severely damaged, resulting in most inhabitants abandoning their homes and the city. Fallen masonry resulted in many streets being blocked. The hospital where many of the injured were taken was damaged by a magnitude 4.8 aftershock an hour after the main earthquake. 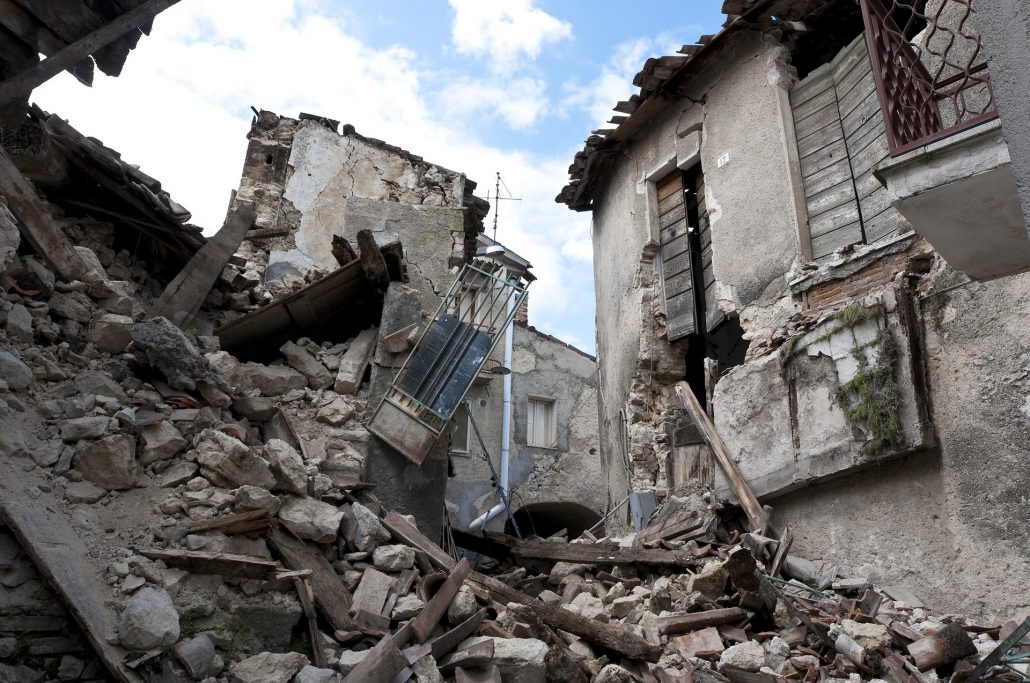 Many of L’Aquila’s medieval buildings were damaged. For example, the apse of the Basilica of Saint Bernardino of Siena, L’Aquila’s largest Renaissance church, was seriously damaged, and its campanile collapsed.

However, it was L’Aquila’s modern buildings that experienced more significant damage. The earthquake-proof new wing of L’Aquila Hospital experienced extensive damage and was closed.

Approximately 40,000 people who were made homeless by the earthquake found accommodation in tented camps. In addition, 10,000 were housed in hotels on the coast.

Some effects of the earthquake occurred later and indirectly as a result of the initial earthquake itself. The secondary effects included aftershocks triggering landslides and rockfalls, causing damage to housing and transport. A landslide and mudflow were caused by a burst main water supply pipeline near the town of Paganio. The number of students at L’Aquila University has decreased since the earthquake. The lack of housing for all residents meant house prices and rents increased. Much of the city’s central business district was cordoned off due to unsafe buildings. Some ‘red zones’ still exist, which has reduced the amount of business, tourism and income.

There was a range of immediate responses. For those made homeless, hotels provided shelter for 10,000 people, and 40,000 tents were distributed. Some train carriages were used as shelters. The prime minister of Italy, Silvio Berlusconi, reportedly offered some of his homes as temporary shelters.

The Italian Red Cross was searching for survivors supported by seven dog units, 36 ambulances, and a temporary hospital within an hour. In addition, the Red Cross distributed water, hot meals, tents and blankets. The British Red Cross raised £ 171,000 in support.

Mortgages and bills for Sky TV, gas and electricity were suspended. The Italian Post Office offered free mobile calls, raised donations and gave free delivery for products sold by small businesses. L’Aquila was declared a state of emergency, which sped up international aid to the area from the EU and the USA. The EU granted US$ 552.9 million from its Solidarity Fund for major disasters to begin rebuilding L’Aquila. The Disasters Emergency Committee (DEC), a UK group, did not provide aid because it considered Italy a more developed country with the resources to offer help and the help of the EU.

Long-term responses included a torch-lit procession, which took place with a Catholic mass on the anniversary of the earthquake as an act of remembrance. Residents did not have to pay taxes during 2010. Students were given free public transport discounts on educational equipment and were exempt from university fees for three years. Homes took several years to rebuild, and historical centres are expected to take approximately 15 years to rebuild. Additionally, in October 2012, six scientists and one government official were found guilty of manslaughter as they had not predicted the earthquake. They were accused of giving residents a false sense of confidence and seriously underestimating the risks. They each received six years in prison and were ordered to pay several million euros in damages. However, in November 2014, the Italian courts overturned the verdict for the six scientists.