Approximately 90% of the world’s earthquakes happen around the Pacific ring of fire, and 75% of the planet’s active volcanoes are found here.

The Ring of Fire is not a perfect circle, more of a horseshoe shape. A chain of 452 volcanoes stretches from the southern tip of South America, up along the west coast of North America, across the Bearing Sea and south to New Zealand. 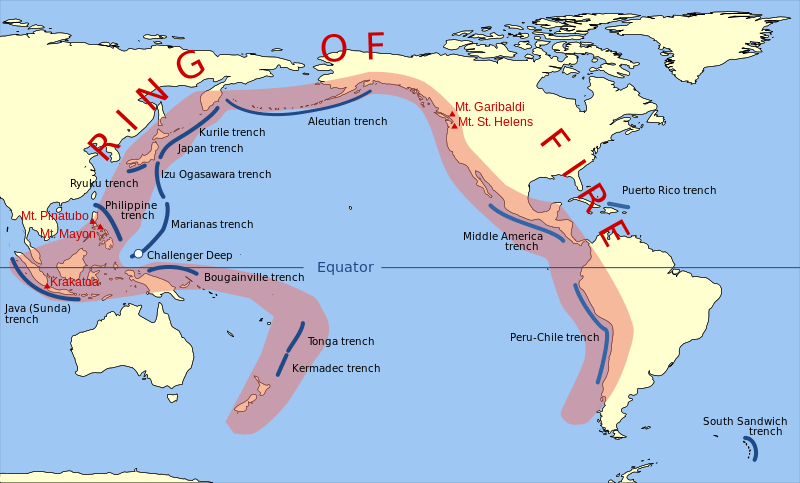 A map to show the Pacific Ring of Fire – source Wikipedia

The Ring of Fire exists as the result of plate tectonics. The Pacific plate, an oceanic plate that forms the bed of the Pacific Ocean, is surrounded by several continental plates including the North American plate, South American plate, Philippine plate, the Australian-Indian plate and the Eurasian plate. The movement of these plates create zones of subduction along destructive plate margins (e.g. where the Pacific and Eurasian plates meet) this leads to the formation of volcanoes and the occurrence of earthquakes.