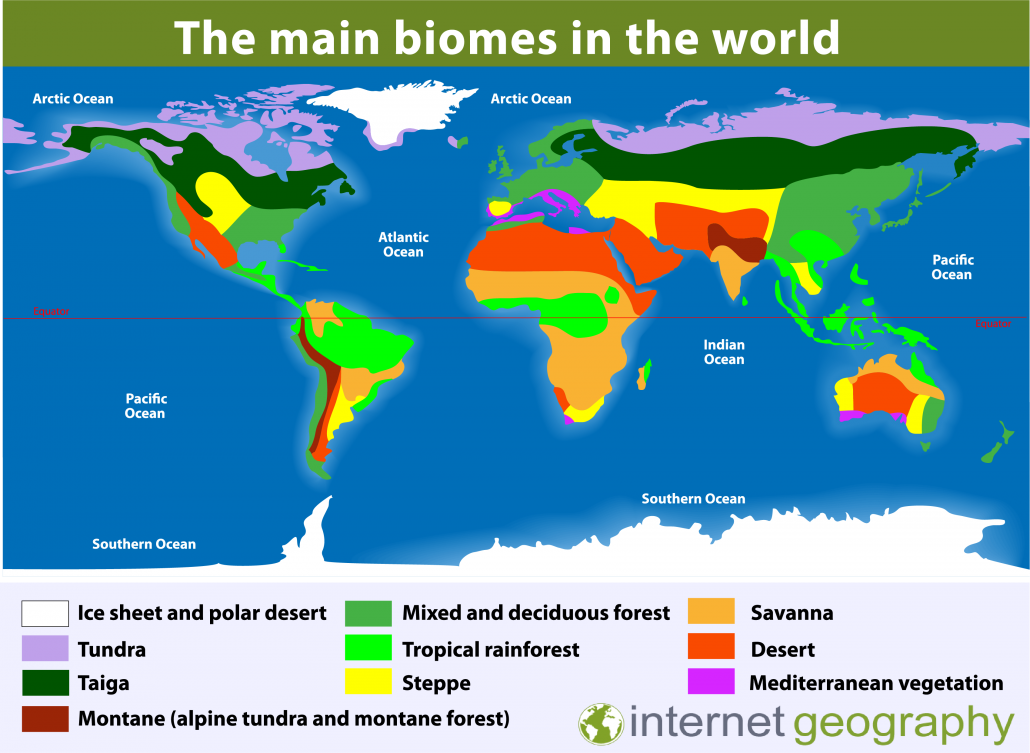 A map to show the main biomes of the world

The distribution of ecosystems is affected by local factors including:

Climate (rainfall, temperature and sunshine hours) is the main factor that influences the distribution of ecosystems. On a smaller scale, altitude and soil type become more important.

Altitude, height above sea level, affects the growth of vegetation. Higher altitudes are colder so fewer plants grow. This also limits the number of animal species that can thrive. Cold environments also have thin soils due to the lack of organic matter available to decompose and form soil.

Soil types also affect the diversity of plants and animals. Nutrient-rich soils can support more vegetation. The acidity, drainage and thickness of soils also affect whether plants can grow.

Biomes contain fauna and flora (animals and plants) that have adapted to the environment. Biomes are often defined by abiotic (non-living) factors such as climate, relief, geology, soils and vegetation.

What is an Ecosystem?

Humans and the Biosphere