Many animals have adapted to survive in the rainforest ecosystem

Not only does vegetation adapt to the rainforest environment, but many animals have adapted to the unique conditions of this ecosystem.

How has the poison dart frog adapted to the rainforest?

The poison dart frog is known for its bright colour; however, in the animal world, this signifies dangers. The poison dart excretes poison through its skin, and its bright colour warns potential predators against eating it. Some of the frogs in this family are not poisonous. However, they have adapted to their environment by copying the appearance of the toxic types.

How has the sloth adapted to the rainforest?

Sloths have adapted to the rainforest ecosystem in several ways. Two-toed sloths are nocturnal, which enables them to avoid diurnal (or active during the day) predators by sleeping during the day. Although three-toed sloths are both diurnal and nocturnal, they’re primarily inactive during the day. Sloths are built for life in the trees because their arms are longer than their legs and their feet are curved, which helps them grasp branches. In addition, sloths move very slowly, which allows them avoid being seen by predators. 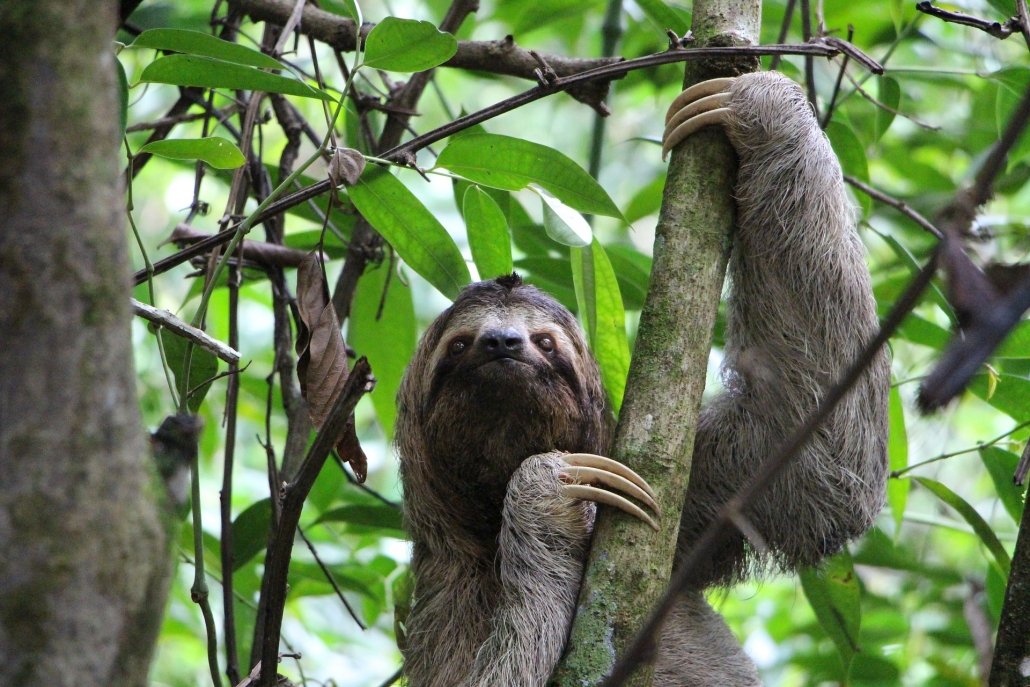 Three-toed sloths have tan coats, while two-toed sloths usually have grey-brown fur. These tones match tree trunks and branches, providing camouflage. Additionally, they grow algae in their fur, which contributes to their camouflage.

Three-toed sloths have three extra neck bones, which allow them to turn their heads 270°, which is a useful adaptation when predators can come from any direction.

Sloths have thick, dense coats, which keeps them dry during heavy downpours. An undercoat protects their skin with their long outer hairs, providing a natural route for the water to flow off the animal.

Sloths have long, sharp claws that help them cling onto branches. Combined with their sharp teeth, these claws are also used to defend themselves from predators such as anacondas, boas, wild cats, eagles and hawks.

Sloths have a prolonged metabolism which enables them to stay in the same tree for several days before descending for food. It also means they only defecate (poo!) every eight days, which is important because they do this on the forest floor, saving them valuable time and energy.

How has the spider monkey adapted to the rainforest? 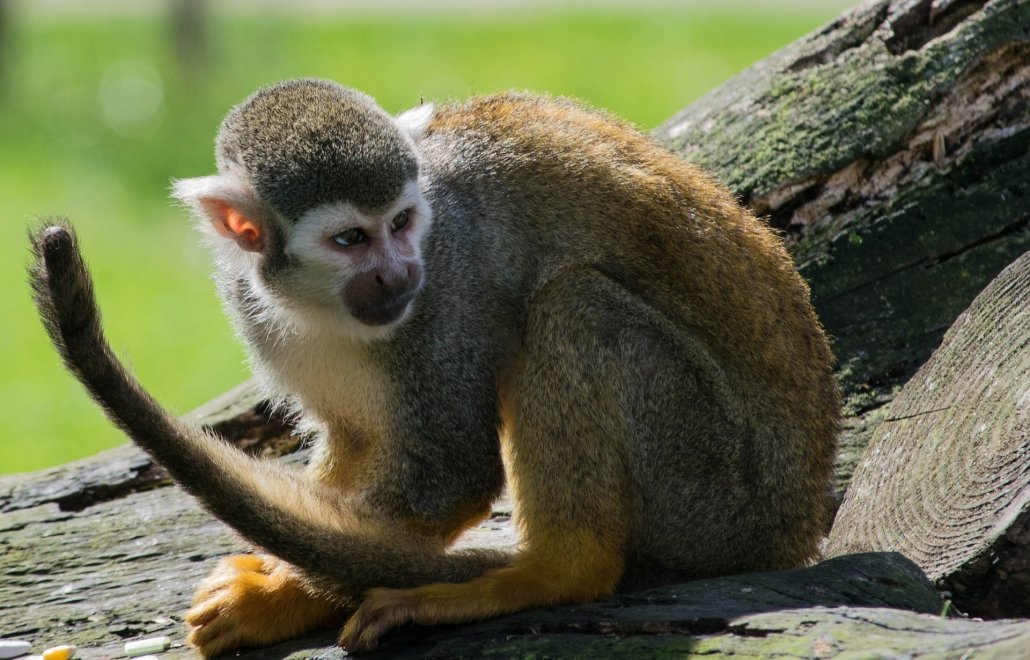 Spider monkeys have a highly developed larynx, which gives them the ability to produce a range of vocal sounds. They use these to communicate across the treetops as they are very sociable animals.

How has the gecko adapted to the rainforest?

There are now more than 2,000 different species of geckos living in various parts of the world. Each one has altered its appearance or other physical features to survive in a hostile world. In the tropical rainforest, geckos are green which provides camouflage in the treetops where they dwell.

Geckos have developed large, flattened toe pads with sticky scales on their undersides. These help them grip onto the smooth tree trunks that are commonly found in the rainforest, allowing them to climb vertically up trees. 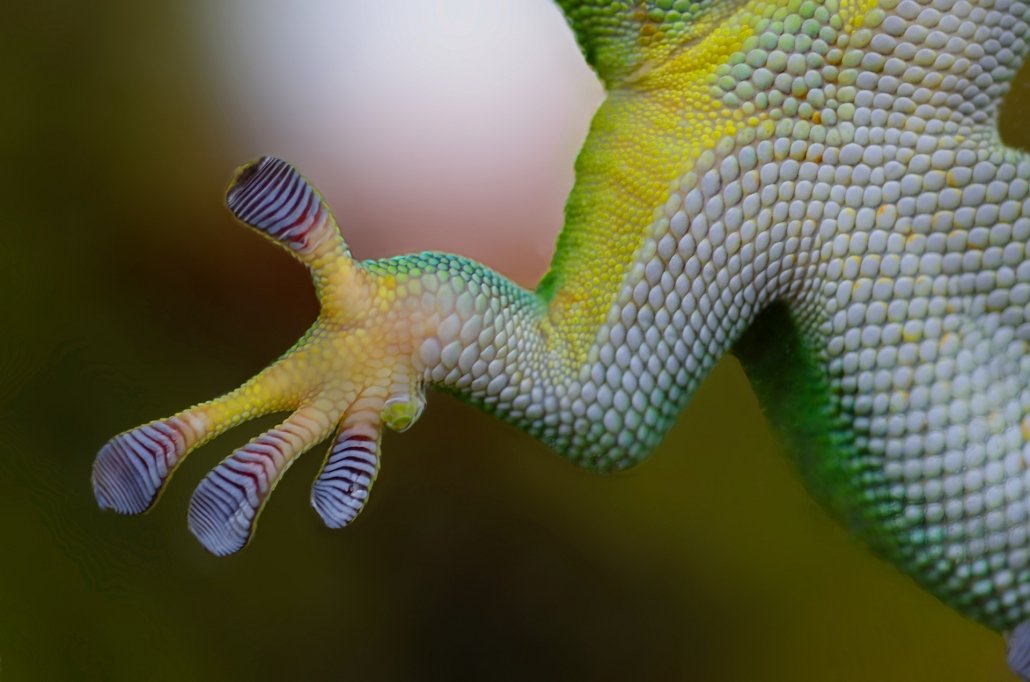 The geckos tail has evolved to become easily detached, allowing it to escape if caught by a predator.

How has the jaguar adapted to the rainforest?

Jaguars have adapted to the wet environment of the tropical rainforest. They are excellent swimmers, and unlike other cats, they seek out water for bathing and swimming.

The jaguar’s fur keeps it camouflaged in the tropical rainforest. Jaguars are also powerful, giving them the strength to move slowly and silently through the forest when stalking prey. In addition, the jaguar can move extremely fast, which makes it an effective hunter. 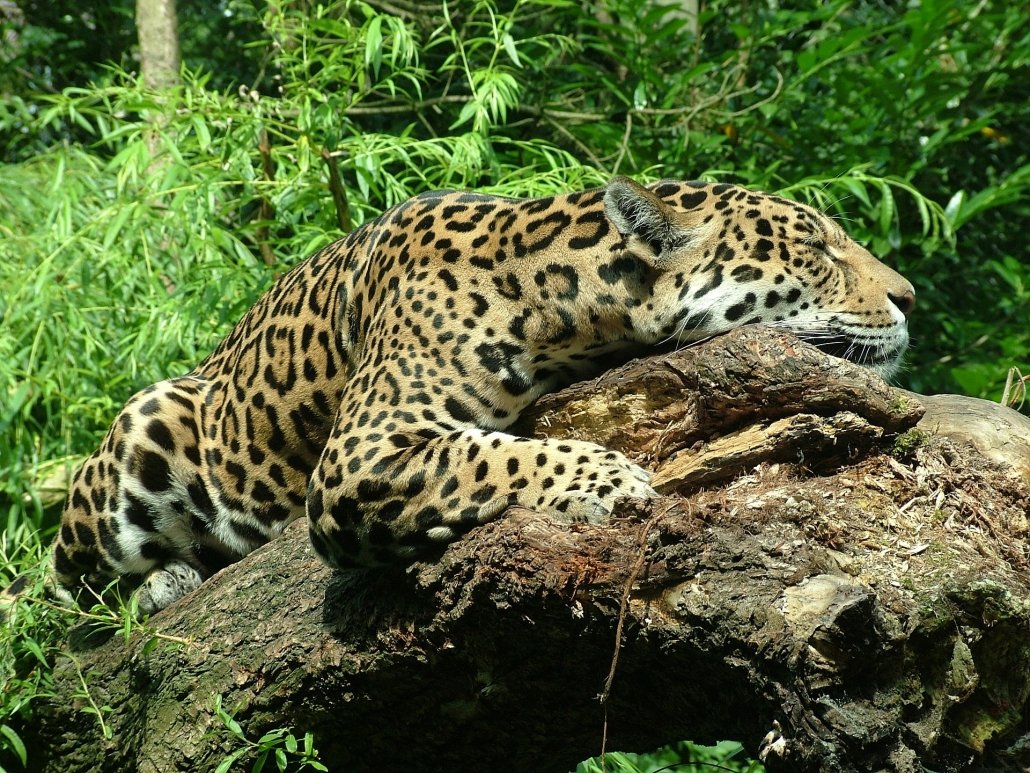 Jaguars have developed large claws, which enable them to climb small trees and catch their prey.

How has rainforest vegetation adapted to the climate?