What is an air mass?

What is an air mass?

An air mass is a large area of air that has a similar temperature and humidity levels that create distinctive weather conditions across the globe. Air masses may cover several million square kilometres and extend high up into the atmosphere.

The UK is affected by six air masses and each of which is classified by the area from which they originate, this is called the source region. These are shown in the diagram below. 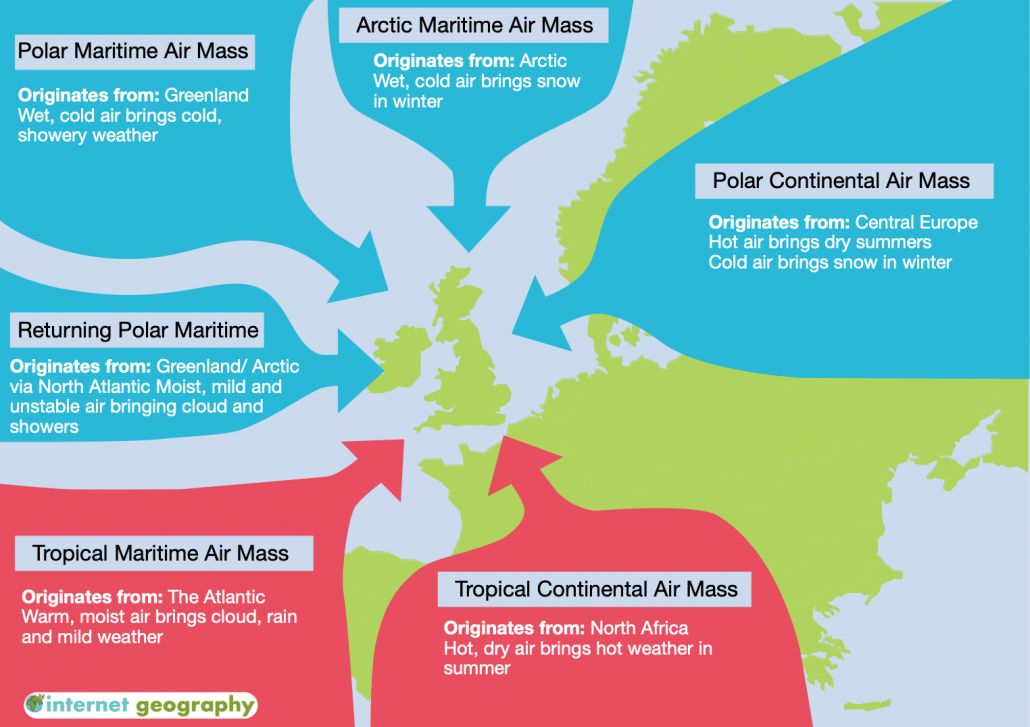 Where two air masses of different temperatures meet, a boundary forms which is called a ‘front’.

Find out more about what influences and air mass.

What are climate graphs?

What influences an air mass?